Billie Eilish Will Perform At The Democratic National Convention 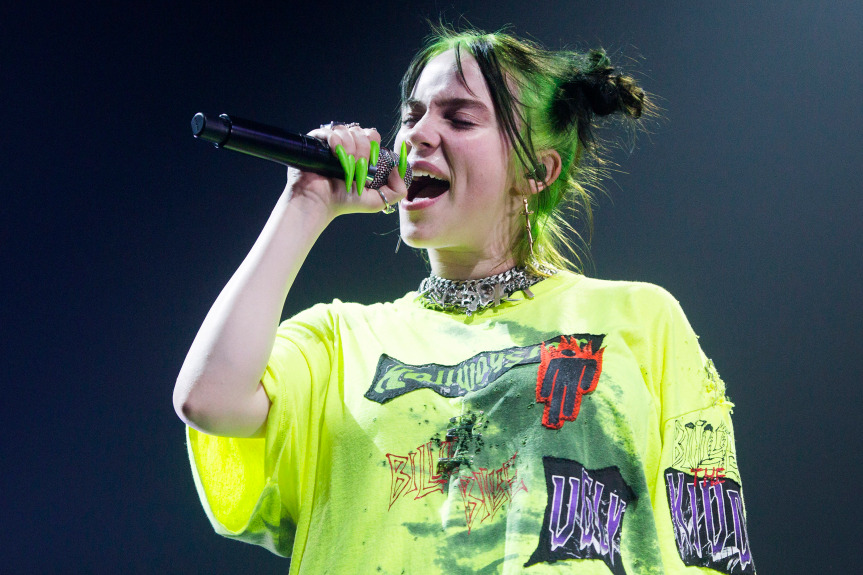 The  Democratic National Convention has announced a series of pop stars to perform during a virtual event that will take place on August 17th-20th and will air nightly between 9:00 and 11:00 p.m. The Chicks, Stephen Stills, John Legend, Maggie Rogers, Leon Bridges, Common, Jennifer Hudson, Billy Porter, Prince Royce and Billie Eilish will perform between speeches from Barack and Michelle Obama, Alexandria Ocasio-Cortez, Bernie Sanders, Elizabeth Warren, Cory Booker and of course Joe Biden and Kamala Harris,

If I see the appeal of the always political Chicks, who recently changed their name from Dixie Chicks to a more politically correct one, there are other logical choices: John Legend Leon Bridges and Jennifer Hudson are classic/mainstream black performers and have a large appeal, Stephen Stills represents the old guard, a Democrat who has been involved in memorable protest songs with Buffalo Springfield’s ‘For What It’s Worth’ and Crosby, Stills, Nash & Young’s ‘Ohio,’ Billy Porter is openly gay, Prince Royce represents the Latinx music industry and has often been outspoken about equal treatment, while Maggie Rogers could be the young indie crowd. Lastly, there is the interesting choice of Billie Eilish, an obvious attempt to get the vote from Generation Z. She is 18, the star of the moment for the youth, although her fandom probably includes a large number of individuals who are not even old enough to vote. Besides a ubiquitous ‘Fuck Trump’, she is not known for her political views, although she made this statement last December: ‘I’m pretty worried about [2020], I think stupid Trump is probably going to get reelected, and that makes my heart break. You know, some people just love horrible people. It’s weird.’

Even if she can rally a few people in their early 20s, and convince them to vote, as the youth turnout is apparently the lowest of all age groups, I presume the Democrats will take it… what weird times we are living, the presidential election could depend on a teen idol!

Meanwhile, over at the Republican National Convention, I wonder whether Kanye West will make an apparition