Billie Eilish Is In Trouble Because Of Her New Boyfriend 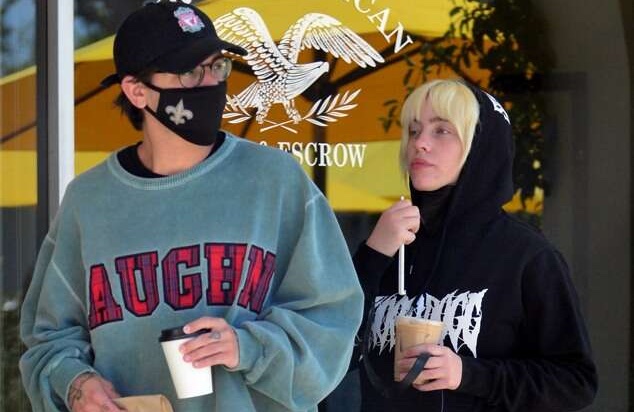 Being Billie Eilish must be exhausting and frightening. She is not the first one to get where she is at a very young age, but fame is a scary thing. Billie is probably the biggest teenager pop star right now and each one of her actions is under heavy scrutiny, while her private life is examined under a microscope.

She was recently spotted with actor Matthew Tyler Vorce in Santa Barbara and in Disneyland, and even though there is no confirmation they are really dating, the tabloids had a field day posting photos – Vorce has now made his Instagram account private.

But it didn’t take long for the fans to dig into the new guy’s social media and unfortunately for the couple, they found some really problematic old posts. These Matthew Tyler Vorce’s posts are from 2011, 2012, and even 2017, but they read as if he wanted to push all the wrong buttons while trying to offend everyone. There is a post with the N-word, several with the F-word, as well as a racist, anti-Asian joke, one fat-shaming joke about Adele, and a gag celebrating Trump’s election. It sounds like a collection of politically incorrect jokes that someone would have posted one drunk night.

The screenshots seem to be taken from Facebook, and if Matthew Tyler Vorce doesn’t have a current Facebook account, he could have deleted it since that time.

There are a few possibilities: either these screenshots are fake and some malicious people are trying to sabotage Billie Eilish’s career, or they are real but they should be taken with a huge grain of salt: it’s edgy humor and written with the careless irony of 2011 – although these were already extremely risky for the time. But this kind of thing never ages well on social media.

Right now, Billie Eilish is experiencing a sort of a backlash on social media, with fans endlessly arguing around Vorce’s alleged posts. Oh, this will not make even a dent in her 87 M followers, but people are asking her to address the allegations, and all she did so far was posting a photo of herself with the caption ‘I’m tireeedddddd.’ Billie Eilish is in trouble. Can you imagine the queen of the Gen Z generation dating a racist/homophobic guy?

It will be interesting to see how this unfolds, but, so far, the ‘scandal’ is limited to social media and no major publication has touched the subject. The ‘funny’ part is that a large majority of fans are also offended about the age difference between Billie and Matthew – he is 29, she is 19. However, if he was making such stupid jokes 9-10 years ago, didn’t she do the right thing by waiting before dating him?