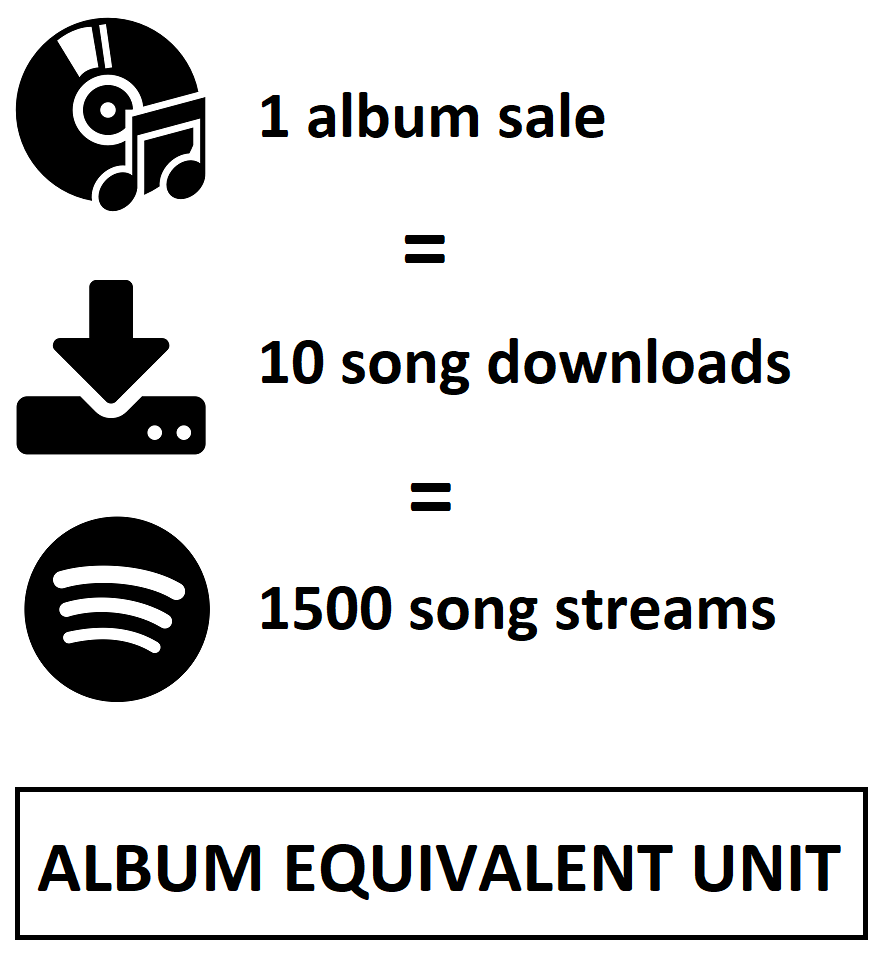 It used to be so easy, record stores would send lists of sales to Nielsen, Nielssen compiled em and made a chart for single (the Hot 100) and albums (Billboard 200), you could game the numbers in a smaller country (Pretenders did that in the UK with their debut, sending people out to buy the single and pushing into the charts and getting them on Top Of The Pops), but you couldn’t in the USA and Billboard’s charts were comprehensive and accurate.

But the demolishing of hard copy album sales and the birth of MP3s and streaming forced Billboard to develop a new formula for a new age: (from Wikipedia: “The Hot 100 is ranked by radio airplay audience impressions as measured by Nielsen BDS, sales data compiled by Nielsen Soundscan (both at retail and digitally) and streaming activity provided by online music sources.” ), with “based on a point system that typically gave sales (purchases) more weight than radio airplay.”

Here is what is wrong: what constitutes a sale? How do the numbers add? Is there an algorithm? Right now it is much like Al Gore in Miami, we didn’t know what a vote looked like and don’t know what a sale looks like. What is Billboard’s special sauce.

I am not claiming Billboard are lying but if they were we would never know because we can’t check their paperwork. Why would I trust Billboard and hand over my brains, why would the  music industry do that? What is their formula, what percentage do they give to that. My friend Chuck Eddy asked a Billboard editor that question and he didn’t know, nobody knows.

According to Billboard: ” Billboard and Nielsen Music/MRC Data cannot, however, provide granular detail on a title to anyone but its content owner…

“The Hot 100 has a locked-in methodology, updated at least once a year, with each metric divided by a certain number, which results in an average chart ratio whereby streams are the most heavily weighted factor, followed next by radio airplay and then sales. Each song has its own ratio breakdown based on its specific activity, which contributes to the overall chart average each week.”

After 6ix9ine complained he, and not Bieber and Ariana, deserved to be # 1 in May, Billboard broke it down for him: ” “Stuck With U” drew 28.1 million U.S. streams, 26.3 million in radio airplay audience and 108,000 sold in the tracking week. “Gooba” had 55.3 million U.S. streams, 172,000 in radio airplay audience and 24,000 sold.” Wait, 6ix9ine had nearly double the streams of Gaga but still lost because the radio wouldn’t play him? “Gooba”: 172K, “Stuck”: 26.3M. But why is radio play even on this? Radio isn’t decided by the audience, they are decided by corporate playlist. As far as actual SALES are concerned, they are beyond irrelevant.

I wonder what else is a revelation if you decide to go granular.