Bill Cosby Is A Free Man, And Some Artists Are Celebrating 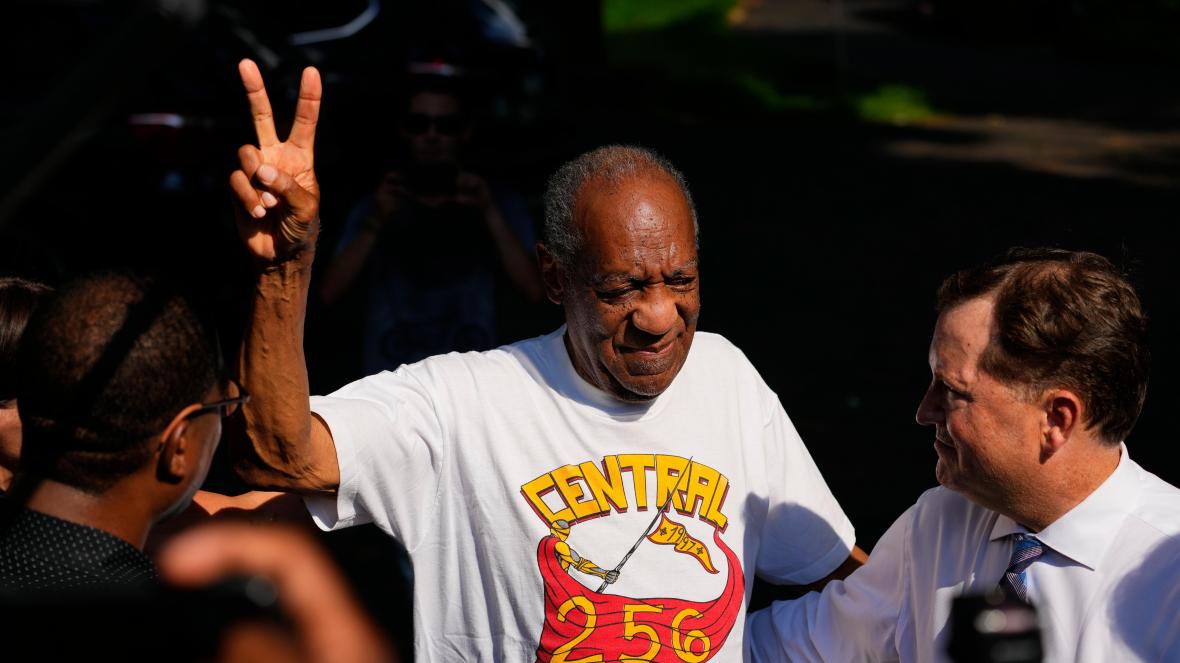 Bill Cosby Is A Free Man

Don’t ask me to explain why Bill Cosby was released from prison: without going into details, this just looks like a travesty of justice. According to what I have read, ‘the court found that there was an UNCONDITIONAL PROMISE from the DA not to prosecute Cosby and that Cosby relied on that promise.’ But this doesn’t explain much though, a promise?? An oral agreement? How can such a weak argument be sufficient to free a man convicted for rape? However, as of today, Bill Cosby is a free man, he was found guilty by a jury in 2018, but a court in Pennsylvania overturned his sex assault conviction… the justice system works in mysterious ways and most people are outraged.

Most, but not all, and the sad reality is that we are still thinking in terms of tribes as plenty of black men (mostly rappers) are dancing in the streets or on Twitter. Lil Duval wrote: ‘Bill Cosby about to be free! City boy win summer 2021!’ with a celebratory dance video, and this was followed by a series of tweets including one supporting Phylicia Rashad, who also tweeted her support to Cosby with a ‘Finally!!! A terrible wrong is being righted – a miscarriage of justice s corrected!’

Ice T, who has since deleted his tweet, found a way to joke about the situation with a tasteful: ‘Oh shit Bill Cosby might be touching back down on the bricks …. Hot Boy Summer!’ You could add Timbaland’s idiotic tweet showing Cosby advertising Jell-o products: ‘Who wants a jello pudding pop? I’m home now.’ And there are so many other tweets from King Roy, 600Breezy, Boosie BadAzz, Tim Dillon …

The irony is that Cosby has now the support of the people he despised the most, as he certainly was no fan of rap or hip hop. Would all these men recognize some of their behavior in Cosby’s quaaludes and rap routine?

I hate when this happens, I hate, hate, hate to agree with a tweet sent by Donald Trump Jr (wtf?) and I certainly hate to see plenty of other assholes tweeting today: ‘What systemic racism? What white privilege?’ It is also truly heartbreaking to see Cosby’s 60 victims being humiliated and traumatized a second time with today’s court decision. I know he was only convicted for assaulting one woman, Andrea Constand, but 60 women had spoken against him.

In Cosby’s case, we are not talking about sexual harassment or emotional abuse, some terms too often brought up by the #MeToo movement, but we are talking about rapes, quaaludes, and rapes. What does it say about the #MeToo Movement? Is this the price the movement has to pay for all its excesses, stupid generalizations, and inconsistencies? The message seems to be clear, if you are a rich old man, you can get away with anything, even if you have been a serial rapist for decades.

Today, it was announced that Marilyn Manson was facing a fourth lawsuit for sexual assault. Although his case is far more nebulous than Cosby’s, any other accusation seems irrelevant after this court decision. Today was a slap on the face of the #MeToo movement, a movement that goes too often after the wrong men for reasons too futile but can get the serious villains convicted for good.