‘Big Colors’ Is Out: Why Is Redemption Still Not Offered To Ryan Adams? 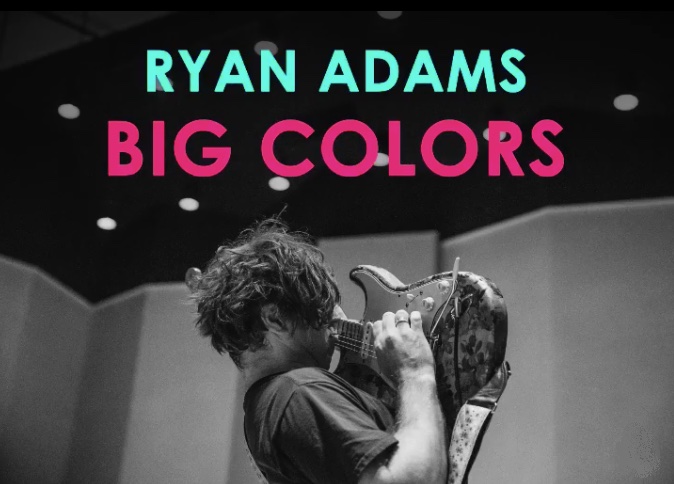 Ryan Adams has released another album, ‘Big Colors,’ the second of the trilogy he was supposed to release before the 2019 NY Times article, and once again it’s complete mediatic silence. Like ‘Wednesdays,’ ‘Big Colors’ will be ignored by major publications, and at this point, his fans could not care less. If they are listening to the new album or even buying it, they have passed the don’t-care-what-people-think test and they are genuinely listening for their own pleasure.

It’s just a shame that any article about Ryan Adams’ music will have the necessary mention of the emotional abuse scandal, this unavoidable stain weighting over his head that journalists will mention till the end of time. We live in times of such political correctness that anyone writing about Adams and not mentioning his bad behavior would immediately feel guilty and would even fear retaliation or cancelation.

At the beginning of any review of one of his albums, should we say that we know he is a jerk, but that this should not prevent anyone from enjoying the music? Why are people still mad at him for this NY Times article when Chris Brown, who beat the shit out of Rihanna, still gets reviewed by Pitchfork in 2020? It’s not as if Brown had apologized and changed his behavior, he was even wishing death on the members of Chvrches 2 years ago. XXXTentacion is another example, ‘He will be remembered mostly for the unusually cruel violence he committed on vulnerable people, particularly his ex-girlfriend, crimes for which he never expressed remorse,’ wrote the Guardian, but the rapper still got many reviews in Pitchfork. Then just today, Doja Cat released a song, ‘Need to Know’ which got reviewed everywhere including Rolling Stone, whereas the track was produced by the controversial Dr. Luke, who has been accused of abuse and sexual assault by Kesha.

Isn’t the music industry completely hypocritical? Are there other forces behind Ryan Adams’ cancelation?

Ryan Adams may be a jerk, an asshole, whatever you want to call him, but we are not talking about XXXTentacion’s violent behavior, we are talking about someone behaving badly, someone being really bad at relationships. The emotional abuse claimed by the women is also the story of many other stories, it’s even commonplace. Needless to say, the history of rock & roll is paved with disastrous love triangles, and other incestuous affairs and any of these people could have claimed emotional abuse. I know it was the ‘70s, nobody was even thinking about such a thing, but people were also suffering in 1976.

The music industry has hidden people’s bad behavior for decades, because, let’s face it, if you take any rock star of the past, they were all problematic, all of them. But now we have entered the era of virtue signaling and things have changed, but not for the best.

Music has been made by people misbehaving badly since it exists. It’s not an excuse for bad behavior, but it just baffles me how some get canceled and other ones are never touched.

Adams was ‘canceled’ by America’s sweetheart, his ex-wife Mandy Moore, and the darling du jour, Phoebe Bridgers. Her recent success surely doesn’t help Ryan Adams’ redemption, on the contrary. Have you noticed how she is everywhere these days? Singing back-up vocals on Lorde’s last single, presenting Joan Baez’s Kennedy Center Honors (why? Really why?), headlining one of the days of Pitchfork’s music festival, playing Shaky Knees 2021, appearing on Jackson Browne’s new video or on a Showtime series, the girl is everywhere and there is not a day without a new article about Bridgers. She has either the best manager in the world or excellent music connections or probably both. This has been going on for a while, I saw her years ago, benefitting from great opening slots when she was completely unknown. She rides her current success with an attitude on Twitter (she insulted David Crosby after he reacted to her guitar smashing on SNL), she embraces the current PC culture (she says she is bisexual and tweet about social justice) and people love that. Good for her, it’s just rare to open for Bon Iver, Violent Femmes, Conor Oberst, The War on Drugs, The National with just one indie album under the belt, but Phoebe just did that.

It’s obvious that the success of Bridgers makes Ryan Adams’ path to redemption complicated or even impossible. Her fans will look at any attempt to paint Adams in a compassionate light as an outrage, and any mention of Adams in a Phoebe Bridgers article is only reinforcing their age difference when they dated and pointing to his emotionally abusive and controlling behavior.

However, everyone just forgets the earlier interviews. In this 2015 issue of the Diffuser, a grateful Phoebe said that Adams had compared her to Bob Dylan. In this issue of Exclaim! (published in January 2018) Bridgers declared the following when she said she had confronted him to the fact that he wanted to see a photo before working with her: ‘He’s a confusing person talking about that kind of stuff. I think that overall Ryan’s a good person, I can’t even remember what he said to me, he probably babbled at me, but he definitely listened. He let me talk.’

She and Ryan dated in 2014 and their relationship was over shortly after since she was linked to Marshall Vore in 2015. This means that she and Adams had already broken up for 4 years when she declared ‘He let me talk’ and ‘Nobody’s one thing. We had a great time on tour last year.’ But a year later, the story had completely changed. Don’t tell me Adams was controlling what she was saying in 2018, her career was already on the upswing, and don’t tell me she was afraid to say anything: a look at her Twitter feed shows this girl is not afraid of anyone. This doesn’t mean she is lying either, but the least we can say is that nuances were completely lacking in this infamous New York Times article. How could she have gone from a ‘I think that overall Ryan’s a good person,’ to a ‘he is an abuser’ narrative in just one year when the relationship had happened 5 years earlier? It’s just that everything about this girl seems a bit too calculated. Ryan Adams can still be an asshole and Phoebe Bridgers a talented but calculating social climber. Both can coexist, but not in the current culture that is throwing nuances through the window and exacerbating a simplistic vision of the world.

As for the never-ending debate about the art and the artist and how to deal with the art of problematic artists, Pitchfork published this article in January 2019, asking precisely the same questions, but ironically bringing much more nuances: ‘Two years from now, or two weeks from now, or in two hours, we will learn, again, that we are in an intimate relationship with a piece of music made by someone who has done or said things we cannot abide. […] We can choose to not play their music anymore, we can decry their actions for our friends and family to see. But the music itself will not stop whispering to us. We will keep these bad dreams. Perhaps we should learn to be alive to their presence, to acknowledge the ways they have moved and changed us.’ Isn’t it completely hypocritical they were writing this as a conclusion, just a month before the publication of the NY Times that made them cancel Adams forever? They look completely stupid if you want my opinion.

But separating the art from the artist is probably the wrong question, most people cannot do it, especially in 2021. Nick Cave offered another perspective in one of his recent Red Hand Files: ‘I don’t think we can separate the art from the artist, nor should we need to. I think we can look at a piece of art as the transformed or redeemed aspect of an artist, and marvel at the miraculous journey that the work of art has taken to arrive at the better part of the artist’s nature,’ he wrote. ’That bad people make good art is a cause for hope. To be human is to transgress, of that, we can be sure, yet we all have the opportunity for redemption, to rise above the more lamentable parts of our nature, to do good in spite of ourselves, to make beauty from the unbeautiful, and to have the courage to present our better selves to the world.’ As usual. the entire thing is elegantly written, but the idea of art as transcendence looks like a foreign idea in a media world that doesn’t want to touch Ryan Adams’ new album.

I will listen to ‘Big Colors’ whatever people say, and I am not the only one. It sounds like an eclectic piece of music with big rockers, ‘80s-inspired pieces, and melancholic ballads: Ryan paints in bold colors while using his entire pallet and if you continue with the painting metaphor, remember that visual artists were no better than rock stars: Picasso treated the numerous women of his life like shit and disposable objects, Jackson Pollock was an abusive alcoholic and Paul Gauguin gave syphilis to his adolescent Tahitian lovers. Meanwhile, some of their respective paintings are among the most expensive ones in the world.

For years, people have tried to cancel Morrissey because of his offensive comments and his misguided support of the far-right ‘For Britain’ party. However, the tickets for Cruel World Fest, a festival headlined by Morrissey, went on sale this morning and the event sold out in just a few hours. What does this say about the public? What does it say about the supposed cancel culture? It simply shows that people will do whatever they want in the end. It simply says that Ryan Adams will continue to release music and people will listen.