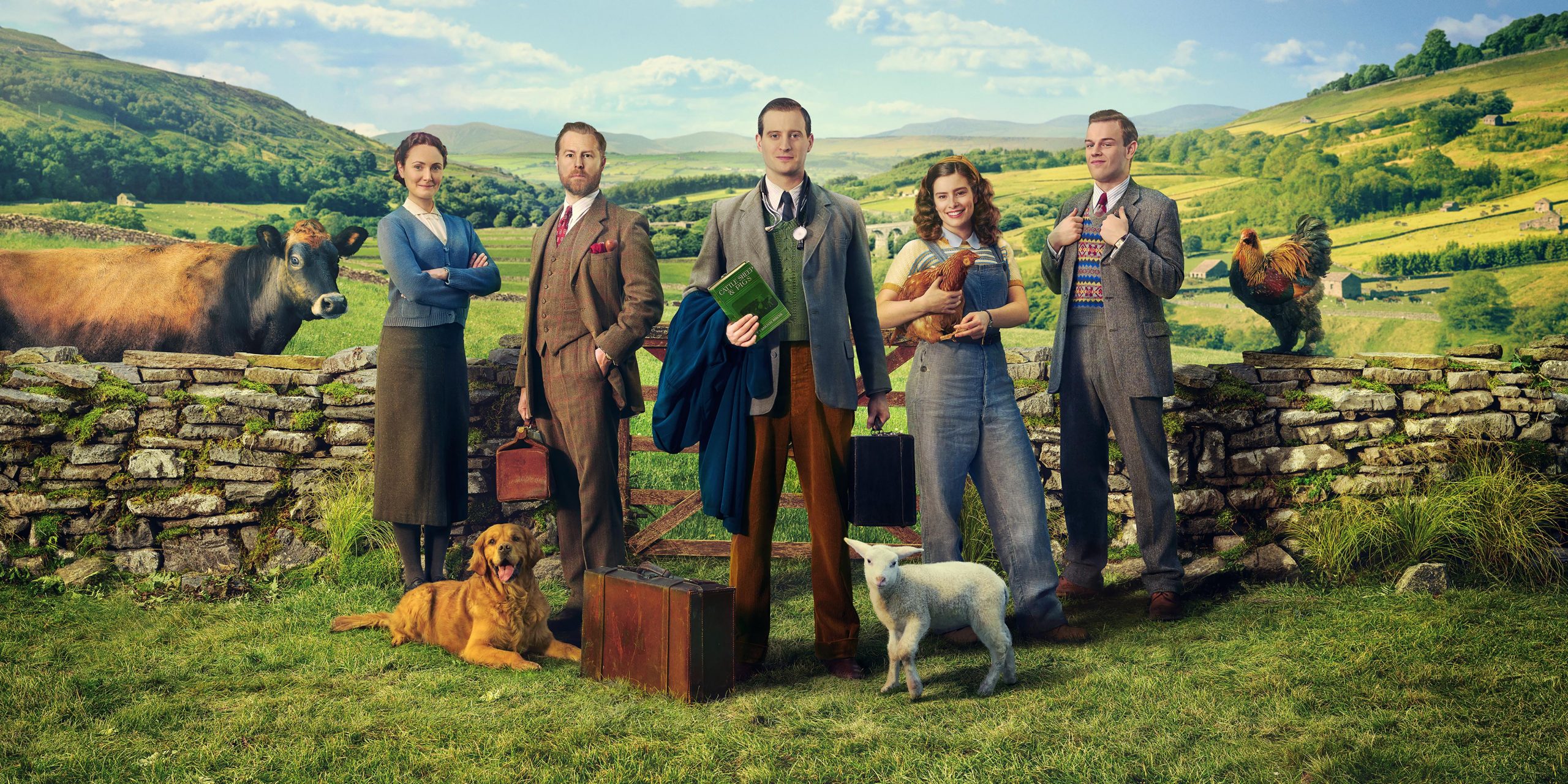 Television: The update on the timeless, James Herriot’s “All Creatures Great And Small” is an absolute treat, like “Ted Lasso” it makes you feel good in a time where feeling good is anything but a given. James is a veterinarian assistant in Yorkshire in the 1930s where the farms and folks are closer to other species then we get to today. Imagine the scene in “An American Werewolf In London”  just before the doctor pepper guy got attacked on the moors when he visits the pub (“The Slaughtered Lamb” if memory serves) played friendly and you get the idea.

Ebbing Democrazy: It seems as though the USA went as close to fascism as possible and then pulled back. So either it is the power or the loss of democracy.

Donald Trump: Say what you will, he did a pretty good job in the Middle East and North Korea (he would have done a better job if he knew what he was doing) and while it isn’t true that he is the only President not to declare war, he is the only President to cut back and cut out of world beating. The complaint is that he handed the Middle East to the Russians and everything else to the Chinese, how far has it gotten us before then?

New Music 2021: Disney star Olivia Rodrigo has released the first viral hit single of 2021, the Taylor Swift soundalike “drivers license” -a break up that also works as a backstory to Disney’s “High School Musical: The Musical: The Series”. It’s a pretty breakup song and the kids love it as the new teen pop sound, Americana meets dance (Grade: B).

20 Vs 21: if in everything else, 2021 has been an extended nightmare, musically it is proving to be an excellent year. I already have ten songs in my best of 2021, and six in my top twenty-five of the year. Of the six, five are female artists. As for albums, that hasn’t really kicked in yet but I will note that if the year stopped right now, Steve Earle would have the best album of the year, Jazmine Sullivan  the second best.  Best song of the year (and I am thinking this will still be in the top list by December 2021, Sun June’s epic pandemic ruins and ashes “Everything I Had”. Two weeks in here is a sneak peak of best songs:

More Creatures: I got Britbox and am watching the late 1970s television version of “All Creatures Great And Small” and it isn’t in the same class as the new one.

The Future of New York City: I don’t see there being the slightest chance that small businesses will return the way they used to be, and it will have office space rezoned for living quarters, and an exodus from New York as employees realize they can work from anywhere.

More Future: Prices in the marketplace must break, and the middle class and artistic communities might well flourish.

Gov Ball: will be this September IF, though I plan to if not miss it entirely certainly go no more than once.

Trump 21: Second impeachment? Check. Dumped from the PGA tour? Check. Cancelled by big business? Check? An army of millions at his beck and call? Check

Civil War: I don’t think the Trumpers have the firepower to take on the US armed forces. Unless some of the armed forces turned…

Death Vs Life: One of my closest friends says that he believes in something more than this lifespan, in the sense that he believes the nature of this planet makes more sense with a master design. That doesn’t mean we have a life after death but it might…

Life Vs Life: it isn’t if you finish first, it’s how you get to the end. Hedonism is a tricky customer, sometimes pleasure comes in sacrifice… But I remain a hedonist.

Drug Abuse: let me help: under no circumstances should you take drugs or alcohol now -there is no real escape hatch, everything goes straight to hell…