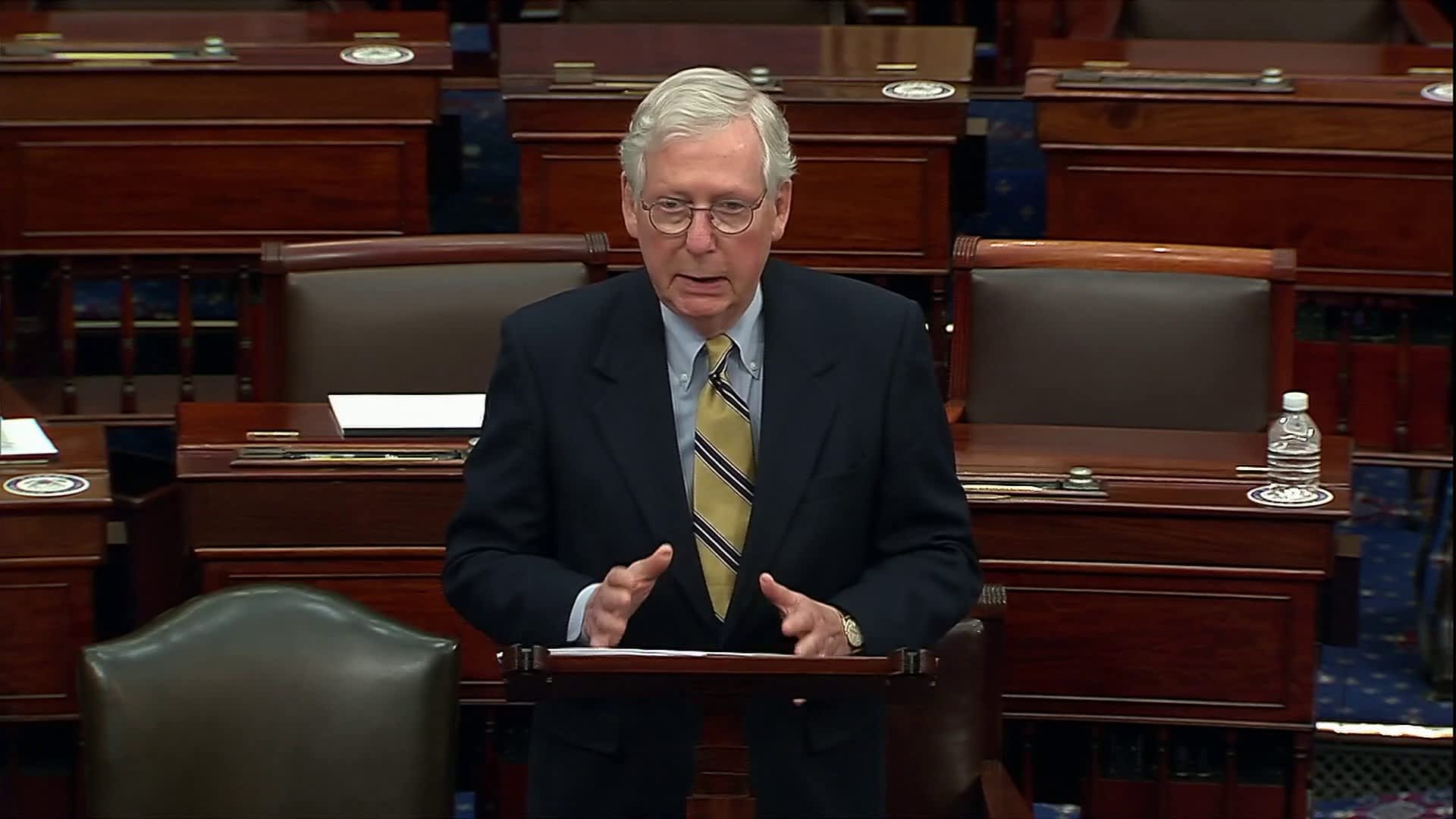 Impeachment: Trump has been so much in the rearview mirror, not only losing the Presidency but also being kicked off Twitter, that the second impeachment trial works as both an anticlimax (and a self evident truth), when the GOP have decided not to commit hari-kari with their base. Though, without being impeached, the ghost of Trump will walk right into 2024.

Ghosts: Speaking of which, Mitch McConnell’s take down of Trump was a pleasure to watch (from the New York Times here): “There’s no question — none — that President Trump is practically and morally responsible for provoking the events of the day,” Mr. McConnell, the Kentucky Republican and minority leader, declared Saturday afternoon in an anti-Trump diatribe so scathing that it could have been delivered by any of the nine House prosecutors seeking a conviction.

Rag: if we can agree the Red States Trump supporters are deplorables for the most and don’t expect much from them, how about the Blue States. Me? I read, on a daily basis, New York Times, Washington Post, Wall Street Journal, New York Post and the Guardian, so that I can get a full picture. It doesn’t upset me to read people I disagree with, nothing is so blue and red that even with all the loathing in the world there is little reason not to be honest. I’ll give you an example, a big one. After the 1929 crash, the reverberations went across the world, including Germany, where they were still recovering from WWI. It was, of course, all about the economy, and Hitler came to power playing power politics with Europe and getting the country back to work. When the population is starving, getting them food, jobs, security, is the first thing it needed to do. A complete triumph for the Nazi Party. How does saying that mean I support(ed) the Nazi Party. Trump, for all the bad he did, did good things, and for all the good Biden is doing, how has he improved, say, Trump’s vaccine rollout? It doesn’t hurt to read everything and make your own mind up… Anyone who doesn’t like New York Post’s sports columns has no opinion worth considering about tabloids…

I Like Girls: Samantha Sidley was on Season Seven of American Idol in 2008 but didn’t get past Hollywood. Evelen years later she released the great, queer anthem “I Like Girls” and you can watch it below:

WandaVision: We are upon episode six and it is getting better and better. Vision died in The Avengers “Age Of Ultron” and Wanda went into deep mourning. So why are the couple back in a 50s sitcom as a newly married couple? Ahhh, there’s the rub and finding it out is more fun than I have ever found the Avengers movies. As the intro to MCU on Disney+ it does everything you could have hoped for and, lest we forget, Hydra is involved somehow (remember the commercials) – Grade: A

The Map Of Tiny Perfect Things: A YA take on “Groundhog Day” as a seventeen year old white teen boy (played by a 26 year old) gets stuck in a temporal loop with a lovely, bewildering girl. It takes awhile to find its own way through the oft told tale but the ending, which switches the story and its perspective on you, delivers in the end – Grade: B+

Covid In The Age Of WTF: I was discussing coming back to live music once it’s time, later this month the State of New York will allow stadium and arena gigs to return at 10% capacity). And I am willing to admit that while age (and having to sell the website) has made me reluctant to attempt to go to the amount of shows I used to (over 200 sets a -over 100 concerts a year), I doubt I will stop going out altogether.

Album Of The Year So Far? I’m gonna keep with Sun June, tell me what you think…