Biding Our Time: A New Column, Same as The Old Column January 7th, 2021 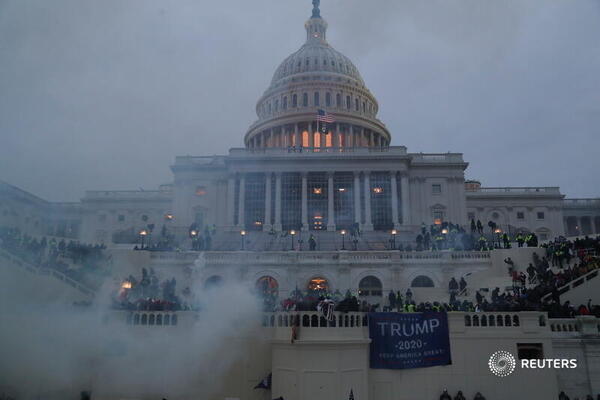 With the Trump era just about over, 24 hours of chaos ends as we meet honest Joe Biden and change the name of this sometime overview of the times we live in column post. How many “e’s” in sedition?

Trump’s Last Act: for at least half of us, watching President Trump flay away at the fates, and the electorate, trying to steal a Presidency he lost by his inability to maintain any self-control, has been nail biting (because…. who knows) and immensely pleasurable. Despite 73 million Americans voting for him, the Donald didn’t get enough votes and we have seen him go steadily insane(r) since then. Why would he disgrace himself? why on earth would he get on the phone and beg the Georgia Secretary of State Brad Raffensperger. “All I want to do is this. I just want to find 11,780 votes, which is one more than we have. Because we won the state.” The snivelling, pathetic phone call is a vital last act, it proves precisely what we all know for sure: Trump is one of the worst people on earth, trying so hard to dismantle North American democracy and coming insanely close to pulling it off.

FOX News: claims Lefties were among the Trump supporters who stormed the Capitol.

The Knicks: No, really. Tom Thibodeau, the coach since July, has the most exciting Knicks team since Houston and Sprewell…

Let’s start 2021 with a huge bummer, the awful fourth season of “The Chilling Adventures Of Sabrina, The Witch”. On Netflix New Year’s Eve,  a fast tally:

Just the way the tory is brought together as eight different Eldritch Terrors (oh which at least seven must fail) is bad enough, but worse is that one moment you just roll your eyes at, the Fright Club (Sabrina Spellman’s human bffs), performs “Radio Gaga” at Aunt Hilda’s wedding. The rest of the show is a mess and a distinctly sad end to the terrific series, Kiernan Shipka will be back shortly…

New, Not New,  Music: The demo of “The Mess We’re In,” dropped by PJ Harvey is the resurrection of one of her greatest moments. Both the original with Thom Yorke and this one are masterpieces (Grade: A).

When Did Martin Amis Become A Bore: I’ve been reading his current novel “Inside Story” with nothing but tedium. Really. Saul Bellows and Christopher Hitchens. AGAIN??? (Grade: C)

1 – They have to break with Trump

3 – If they break with him, Trump will start a Far Right Party and Republicans will never get into power again

4 – If they don’t break with him, he will destroy the Republican Party from within.

The Tabs: Never before and never again will the big newspaper be in lockstep the way they are condemning Trump. The Wall Street Journal (here) on losing The Senate: “Donald Trump cost Republicans the Senate by making the two Georgia runoffs a referendum on himself. The races should have been a referendum on blocking Democrats from controlling all of Congress and the executive branch. But that message was obscured, if not obliterated, by Mr. Trump’s insistence on telling voters day after day that he was cheated in November—no matter the lack of credible evidence or plausible path to victory.”

A  Question For 2021: will Trump be able to lead his armed militia into battle against the Armed Forces? Will some members of the Armed Forces join him? Now that he has tasted raw power, how will he be stopped?

Racism On The Steps of The Capitol: if people of color and not Confederate racists had stormed the capitol, you’d be counting the dead in the dozens…

Fire Cuomo And De Blasio: Cuomo was always a real prick but somehow or other he came through this summer. Not so much this winter, where between the two towering egos they have no idea how to vaccinate New York State. Cuomo followed the science down a blind alley where there are so many rules as to who gets the vaccine that the state is paralyzed, and Bill is a brain dead know nothing.