Best Of 2021: Albums In Alphabetical Order Through February 28th 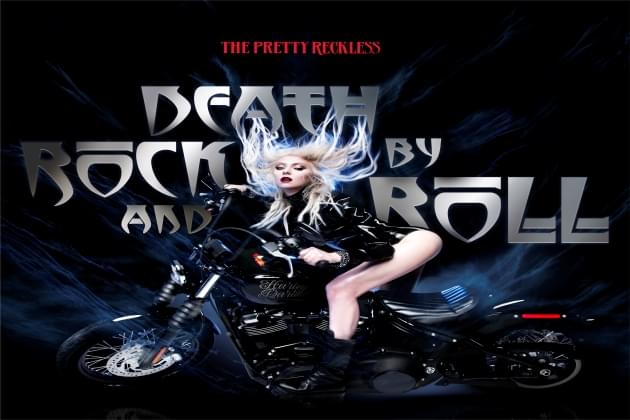 Future, Tense. – Adir L.C. – The Israeli singer songwriter with heavy skills in arrangements and tunes, with a straight out winner…  he should contact Merge, they’d love him

Detroit Stories – Alice Cooper – Alice returns to his childhood heroes, using local musicians and classic rockers (the “Rock And Roll” that opens the set is killer) with an old school selectism that sounds like classicism, some recently composed

Los Dioses – Anuel AA, Ozuna – the reviews have been mixed, but I absolutely love it. The most exciting buncha bangers by a duo since Bad Bunny and J Balvin in 2019

Madre – Arca – They is the best sound of hyperpop around, it is reworked and weird instrumentation pop that goes on till it stops and is more than background, it is more like seeped in. I recommend to the adventurous (and so we you won’t get blindsided when they become the next big things). It sounds like a spiritual awakening without the gods, like liturgies that aren’t. The instrumental at the end is another beauty

1970 – Bob Dylan – released due to popular demand in response to Europe’s wacky licensing laws, the May 1st 1970 recording session with George Harrison is a loose and wooly thing and makes the $40 investment a must buy

Detroit Blues – Danny Kroha – Detroit local hero Daddy (once of the Gories and Demolition Doll Rod) drops his second album on Jack White’s Third Man record. Using songs available from public access (though I’m surprised “Up Above My Head” let its copyright lapse), he performs acoustic blues, Americana, folk takes and all, much like his side job renovating houses, looks much sharper in this context

Oh! Pardon tu dormais… – Jane Birkin – Serge’s widow, Charlotte’s Mom, Brigitte Bardot’s lover, with a memento mori for her late daughter Kate Barry, ten years after Kate’s passing. Did she jump or did she fall, Birkin works through these questions on a dark and heartbreaking pop Francais

Somewhere Between Beauty & Magic – Joeboy – the young Nigerian popstar has a perfect feel for afrobeats, but his songs seem out of step with the new meld of r&b and African pop, heavier on the latter. Still, his debut is brimming over with strong songs and potential hits -in Africa if not in the US

Little Oblivions – Julien Baker – Julien sounds so committed to her story, the 25 year old alcoholic who reneges on god (the big oblivion) for sex (the little oblivion), her voice is her reason and her words are the sort of words you’d want them to be: “Pass out in the back of a cab, could you pull over? I think that I’m trapped. There has been a whole lotta Julien passed out over the years, she sounds like a reborn Conor Oberst

Acquainted with Night – Lael Neale – her Sub Pop debut (a major minor release if there was ever one), has an early best in show with “Every Star Shivers In The Sky” -just a synth and an 808 and Lael’s voice, and never looks back on a first rate debut ten years after the fact

Sound Ancestors – Madlib – I’ve always admired without being enamored of the Mad crew -sadly MF Doom just died. But Madlib’s first solo album finds the producer reborn as an r&b guy and a real good one. It gets a little arty here and there, but it steadies itself as a strong black soul outing

What’s Going On (Deluxe Edition / 50th Anniversary) – Marvin Gaye -four mono takes, a coupla “singles” versions, a handful of remixes including one with BJ The Chicago Kid, and a demo of “Symphony”. But this is Marvin and we don’t need to be reminded to listen to him and that makes this a little useless

Mikey Erg – Mikey Erg – The Ergs drummer stays close to home with a first rate rate collection of three chord punk rock, including a stellar cover of “Spin The Black Circle” which is, if anything, a better barnburner than Pearl Jam’s original

CARNAGE – Nick Cave, Warren Ellis – clearly it is no Ghosteen, but the first half is as upset and the second half is his most inviting work since Dig, Lazarus, Dig

Is This Desire? – Demos – PJ Harvey – yet another compilation  of demos from a specific album, this time the excellent Is This Desire? That’s the one where she put away her guitars for synths and piano, but on the demos you still get the guitars in full swing. The problem with all her demo albums is that what you want is the skeletons of songs being worked through, but the demos here are just about completed and waiting for the band to flesh it out a little but if that is what it takes to hear the album again, so be it

Stories From The City, Stories From The Sea – Demos – PJ Harvey – pointless in a pointed way the way the GOAT Bring His Love To Me wasn’t, I don’t really care that much one way or the other, her New York album was her fifth great work in a row and I am more than happy to listen to a stripped down version

J.T. – Steve Earle – Steve smudges his son Justin’s impeccable Americana in a ten song plus one farewell to his late son

Somewhere – Sun June – The Austin, TX five piece have the alt-pop “Driver’s License” on “Everything I Had,” and on their second album they bypass their sophomore jinx on a gorgeous load of what they call regret pop, every song hooks you in the end with a pop yet art implied winner. A contender for album of the year, “Everything I had” is as good as “Driver’s License”

Stage Fright (Deluxe Remix 2020) – The Band – Although it has “The Shape I’m In” and the title track, this is the worst of the first three albums so what does the worst mean? Added odds and sods plus a live album, remixed by Bob Clearmountain, it remains in tact as a sign post to Americana yet to come

he Highlights – The Weeknd – Abel is the r&b Drake, singing sad songs about things that can be happy and sad, and over three albums and a coupla mixtapes he has hit the charts on a consistent basis. Just before his boring Super Bowl halftime show, he dropped this greatest hits that is one

The Complete Decca Studio Albums Collection – Tom Jones – from 1965 – 1975, Tom was a force of major (he still was when I saw him in the mid 00s – women were still throwing their panties at him), and these songs of pop and soul power on remain his greatest legacy. As adept at pop singles like “It’s Not Unusual” and “What’s New Pussycat” as hard soul bangers “It Takes A Worried Man” . This protean qualities are all over the box set, everything stands up supremely well and that thunderball voice still gets everyone else. From Along Came Jones to Memories Don’t Leave Like People Do, the welsh sex star recorded over 200 songs… so enjoy

Rich Slave (Deluxe) – Young Dolph – adds eight good tracks to an already good album, the guy is a real gangster (he nearly got shot to death a coupla years ago), but that just makes him real. I love the way he constructs a track, he plays around with not beats, but voices