Benjamin Keough, Lisa Marie Presley’s Son, Dead From An Apparent Suicide At 27: Should Scientology Be Blamed? 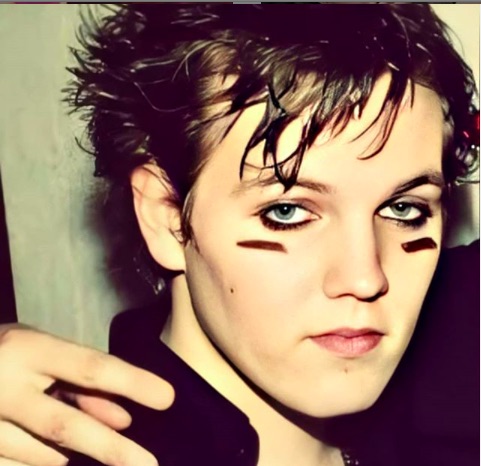 Scientology considers any psychiatric help as ‘the mistreatment’ of the insane and sees the history of psychiatry as basically a long series of torture and abuse. Scientology claims that there is no evidence that diseases that antidepressants claim to treat even exist, and they present the entire industry of mental help like a hoax. If you go to Sunset & Highland, you will see this terrifying building, the home Citizens Commission on Human Rights, a Scientology front group that works to oppose all forms of mental health care. Scientology founder L. Ron Hubbard has demonized psychiatrists and called psychiatry the ‘industry of death,’ the same phrase seen at the front of the building.

Let’s just say that Scientology doesn’t deal with depression at all, no drugs are allowed in the church and Scientologists do not even recognize the existence of chemical imbalance. It’s unclear (no pun intended) how they ‘treat’ depression, but any Scientologist will tell you that L. Ron Hubbard had a remarkable understanding of the mind, yeah right!

This is coming from an ex-Scientologist:

‘Since Scientology counseling or “auditing” is so expensive (it’s really a business, but they would object vehemently) most Scientologists learn to compartmentalize their thoughts and emotions, and maintaining a false front, a “public relations” face that is above 2.0 on Hubbards Tone Scale.

Scientologist have the belief that once they attain the “State of Clear” that most of their troubles will away and they will be in a perpetual state of cheerfulness.

Why am I talking about Scientology and depression? Because the grandson of the King, Benjamin Keough tragically committed suicide on Sunday. TMZ broke the news, Keough died from a self-inflicted gunshot wound on Sunday at his mother’s house in Calabasas, California. Needless to say, Lisa Marie Presley is completely devastated and was reported not present in the house at the time of his suicide.

Benjamin was young and apparently surrounded by plenty of loving people (looking at his social media), he looked a lot like his grandfather, and may have had some musical ambitions, although this is unclear. One thing is clear, he grew up in Scientology, both of his parents were involved in Scientology, and if it’s unclear if Lisa Marie is still part of the church, his father Danny Keough still is.

Tony Ortega, whose blog ‘The Underground Bunker’ is denouncing everything related to Scientology, has the details of the story. Lisa Marie left Scientology at the end of 2014, after a very weird scene involving top Scientologist Miscavige and his family members. Lisa Marie was even going after Miscavige. But since, she has been fighting drug addiction and the custody of her two twins as she is divorcing her fourth husband Michael Lockwood. Meanwhile, daughter Riley Keough, Benjamin’s sister seems to be back in Scientology, while mother Priscilla Presley has claimed she has never left the church. Danny Keough’s family is still very involved with Scientology.

According to Ortega, a source who was close to the family has revealed that Benjamin has been out of Scientology and had even badmouthed the church to his friends, ‘Ben had been talking about how fucked up kids get in Scientology.’ The source has also revealed that he had ‘struggled with alcohol and drugs, and had recently been in rehab (a non-Scientology program), battling his own addictions.’

The source continued: ‘The important thing is that the entire family was shaped by Scientology, and it’s paying the price because of it.’ According to Ortega, who has been investigating Scientology for a long time, this means: ‘a destabilizing force between parents and children, and of course no chance of proper mental health care.’

Other sources have revealed Benjamin had been struggling for a long time, and since he grew up in Scientology, it’s highly probable he never received proper treatment for depression. Then he left Scientology, badmouthed the cult, and we know what happens to people who dare to do that, Scientology may come after you. They are numerous stories of filmmakers and journalists harassed by the cult.

I am not saying it was the case for Benjamin Keough, but, the church certainly lost a great asset when the King’s grandson decided to leave Scientology, and you have to wonder what he was going through while battling a possible depression. Because you have to be very depressed to shoot yourself at 27, in your mother’s house, while it has been reported the two had a very close relationship.

Today, tabloid Daily Mail even brought more pieces of the puzzle as a neighbor allegedly heard Ben’s girlfriend scream ‘don’t do it’ at 3:30 am, so 3 hours before he killed himself, while they had been partying the night before. The neighbor said ‘She just kept swearing and saying, ”I can’t believe it, I can’t believe it.” She was saying ”I can’t believe he would do that to himself.”… ‘She said, ”The family’s going to hate me” and ”They’re going to blame me.” I think she was feeling guilty for it happening… but I don’t want to speculate (as to) what caused it.’

In the end, it’s a very mysterious and extremely sad story, should Scientology be blamed? Hopefully we may learn more about what exactly happened.

Benjamin Keough was only 27.