Beckett Cypher, The Son Of Melissa Etheridge And David Crosby Has Died From An Opioid Overdose 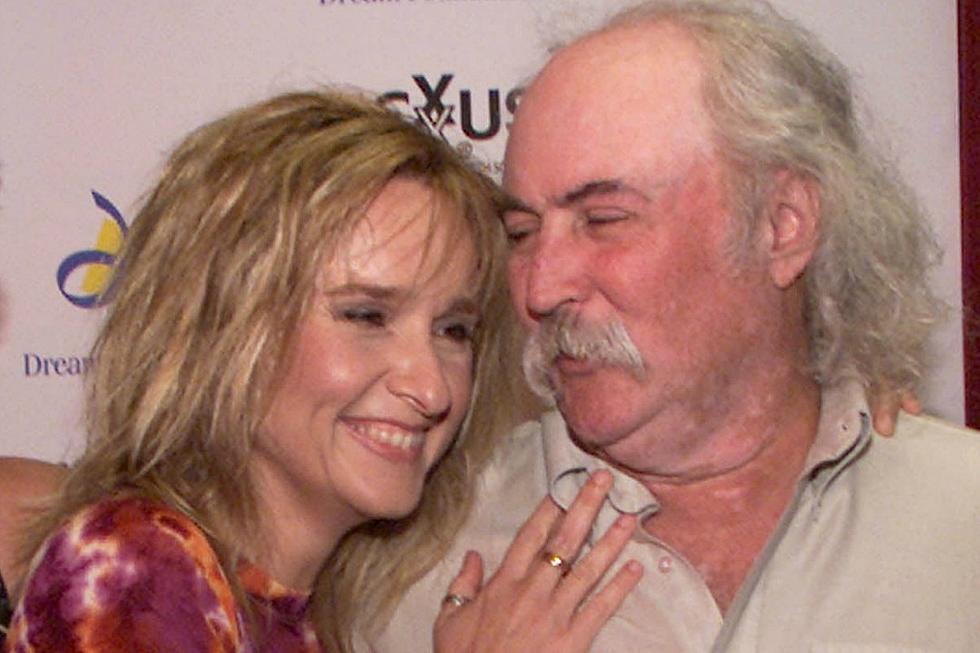 In the middle of this pandemic, we forget that there is another epidemic, the opioid epidemic that just killed Beckett Cypher, the son of Melissa Etheridge. This is what Melissa posted on her Facebook page:

‘Today I joined the hundreds of thousands of families who have lost loved ones to opioid addiction. My son Beckett, who was just 21, struggled to overcome his addiction and finally succumbed to it today. He will be missed by those who loved him, his family, and friends.

My heart is broken. I am grateful for those who have reached out with condolences and I feel their love and sincere grief.

We struggle with what else we could have done to save him, and in the end, we know he is out of the pain now.

I will sing again, soon. It has always healed me.

This is obviously heartbreaking and a terrible tragedy, losing a child is certainly the deepest pain a parent can experience, even the greatest pain a human being can feel.

Beckett was 21 and was the son of Melissa Etheridge and her former partner Julie Cypher, while the sperm donor was musician David Crosby. The couple had always been open about it, even though Melissa once joked the father was Brad Pitt, with whom she was good friends at the time. I have no idea how involved Crosby was in this young man’s life, but he corrected a Twitter user who said he didn’t have an active role in the boy’s life. In any case, does it matter?

The problem with the choice of David Crosby as a biological father is probably not his involvement in Beckett’s life but his own history with drug addiction. Crosby once declared he was surprised to be still alive at 77 and you can find all kinds of crazy stories about Crosby’s crack addiction or cocaine and heroin addiction. Crosby’s role in Beckett’s life is not the matter here, he had passed some of his genes to his son, and if people hate to hear about the importance of genes because it sounds like predetermination or fate (it is actually not the case), you can’t deny science: there is a genetic component into addiction. Here is one of the numerous studies on the subject, which shows that addictions are ‘complex diseases that are to some extent tied together by shared genetic and environmental etiological factors.’

I know that people like the debate between nature (gene) and nurture (environment), but any geneticist or biologist will tell you this is a misguided debate. Thinking in terms of dichotomy is false, as there is always an interaction between these two components. Genes depend on other genes and genes are never isolated from the environment which constantly interacts with them. It is without saying that they are numerous genes involved in the numerous types of addictions, but some genes give you a predisposition for addiction that you cannot cross out.

Giving sperm cells or female eggs is already playing a lottery, you don’t know which of your genes you will give to the child, but if you are an addict, there are chances that you will pass some of your addiction genes to your child. This study shows that heritabilities of addictive disorders range from 0.39 (39%) for hallucinogens to 0.72 (72%) for cocaine, with a value of around 0.65-0.7 (65-70%) for opiates. This is not a small percentage, although genetic factors vary with age. Studies have shown for example that gene effects in alcohol, cannabis, and nicotine addictions were low in early adolescence but their relative importance gradually grew in adulthood.

People, and especially parents, are very attached to the nurture part because they want to believe that they have a strong influence on their children. Unfortunately, this is not what research shows. Judith Rich Harris, who published The Nurture Assumption: Why Children Turn Out The Way They Do, showed that ‘personality resemblances between biological relatives are due almost entirely to heredity, rather than environment.’ As a proof, you just have to look at adopted children, they don’t resemble their adoptive parents in personality. As controversial as this research is, Harris also argued that children share much more with their peer group than with their parents, who have a limited influence on their children in the end. This could explain why even children with attentive and nurturing parents can succumb to drugs.

Does it mean that the death of Beckett Cypher should be blamed on some genetic predisposition combined with some peer’s influence? Maybe, but it is certainly a very sad story.