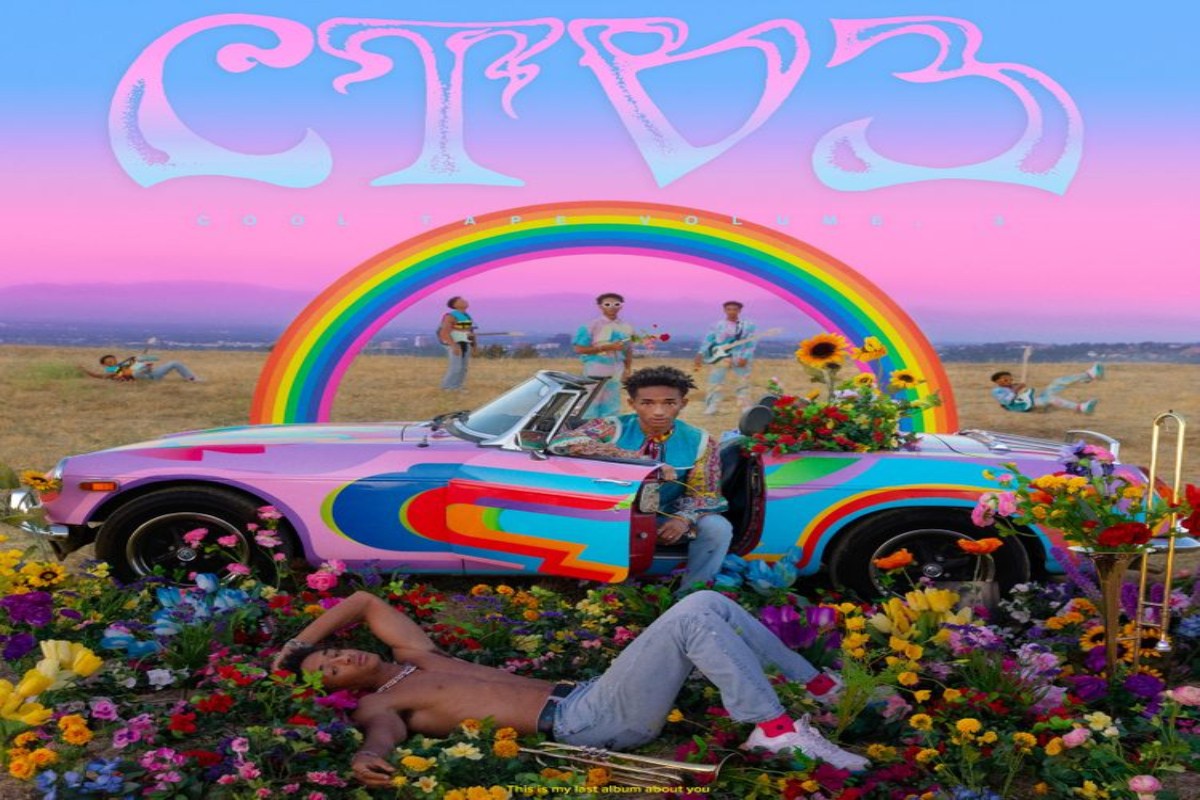 TattleTales – 6ix9ine – God save him, 6ix9ine never learns his lesson and will probably end up dead sooner than later, but he does grow up and more’s the pity: more “Gooba” and less “Leah” (or anything else with Akon on) would have been welcome – C+

Detroit 2 – Big Sean – his  first album since 2017 is one of the best rappers on top of his game if not the zeitgeist here, the featured aren’t as good as the solo stuff except for the Nipsey Hussle featured “Deep Reverence”,” certainly the Dave Chappelle spoken word is a story everybody who loves him knows well, except for the punchline (which I won’t ruin) and the Post Malone track is killer, in the end this is one of the most consistently well written rap albums of the year – A-

Gold Record – Bill Callahan – “Hello, I’m Johnny Cash,” Bill cracks at the opening of this folky Americana that defines acquired taste. For my taste it is too quiet and it wants what I won’t give it, time to sink in. Without time to sink in? – B+

One World – Billy Ocean – the Trinidadian soulman with a string of great hits in the 1980s is back for the first time since 2009  and there is zero rust here, a collection of 80s style Trinidadian, soul, ska and reggae cut and paste that would have been mammoth in 1984  – B+

Blessed More Blessed (The Remixes) – Buju Banton – four remixes including features by Farruko and Fabolous, the best being Fabolous’ verses – B+

pop songs 2020 Bumper – the man behind Japanese Breakfast meets the woman behind Crying, they trade files and create this fine mix of chill r&b meets sadgirl plus synths – B+

Bird 100 – Charlie Parker – For his centennial, Charlie offers no surprises here and still worth going through six hours plus of the giant who invented bebop and the use of interpolations of other songs in music (meaning he is granddaddy to 2020 hip hop). The saxophist was a musical innovator dead at 35 – A+

Under The Skin – Code Orange – The Pittsburghian metalcore rock band performed the first and still best live stream in the age of coronavirus (here), but here they have gone unplugged and while you can really hear the songs, do you actually want to? – C+

BLAME IT ON BABY (DELUXE) – DaBaby – the deluxe DaBaby doubles in size the chart topping album by the guy who boiled #BLM down to being harrassed in his green lamborghini, and sure it is all about the man and all the time, but it is feel good music, just not feel good about yourself music – A-

All That Emotion – Hannah Georgas – Hot off his work with Taylor Swift, Aaron Dessner produces the National’s opening act last year’s fourth album of sweet sounding indie folk by a good songwriter who could do with a more uplift – B

AUNTIE – Ian Isiah – he started life as an art r&b guy and has grown into being a top r&b soul man, with some of the best songs of the genre this year -the arrival of a major popstar, believe me – A-

CTV3: Cool Tape Vol. 3 – Jaden – color me a huge fan of both Jaden and his sister (I kinda like soft like microsoft daddy as well), and as the years have gone by his skills have matched his ambitions especially on this terrific cross-genre pop album. “I Think I’m Falling For You” may be his best work to date, Justin Bieber sounds incredible as well. The entire album is the future is now lyricism for Gen Z, where love is as fluid as genres as fluid as genders , and Jaden is as likely to add on strings as autotune… a breakthrough – ALBUM OF THE WEEK – A

5th Element – IV JAY – this isn’t chill r&b, its DNA comes from the 80s and the songs have a Laface style not being all that they can be, though it is still an immensely enjoyable foray into old souls from the eighteen year old – B+

Into the Depths of Hell – Joshua Burnside – alt folkie from Ireland sounds like nothing else there, a post-punk industrial vibe when not being more clearly suburban graveyards on “Whiskey Whiskey” – B

Getting Over Him – Lauren Alaina – Lauren has a terrific voice for country and while her country rock pop can bore, every now and then she nails a song and she consistently nails the vocal – B-

Clones – LightSkinKeisha – More 90s inspired than the Card B. – Megan Thee Stallion power take down, though less is more on a fine collection of 90s style rap – B+

Was denn? – Nina Hagen – she compiles her songs from the earliest moment in her career, back when Nina was a teen on television behind the Iron Curtain in the early 1970s. The East German  born teen would soon relocate to Hamburg and the rest is New Wave history, but she was really excellent on these oddball, German language kids pop – B+

Crabs In A Bucket – Nines – Nines is a state of the art London rapper with a gift for storytelling and a story, drugs, death of father from cancer, death of brother, life on the streets and life on the road, a mix of grime and West End pop vibes – B+

ENOC – Ozuna – Ozuna might think he is reggaeton but it is urbano Latino from the Puerto Rican superstar, youngest in class to break through big time. Since I don’t speak Spanish I’ll take his words that these are songs to uplift the spirit and, also, because “Enemigos Ocultos” trap summit lifts mine – B

Fall to Pieces – Tricky – The first time I saw Tricky in 1995  he was just emerging from the Bristol trip hop scene and opening for girlfriend at the time Bjork, on stage in near total darkness with only the light of a blunt leading forward. So, yeah, the Tricky kid leads and we followed. It’s the same now but clearly the addition of singer Marta gave him an ambient pop styling you can imagine being popular – B+

Two Thousand Miles – Tyler Rich – L.A. singer songwriter goes to Nashville on his debut album and he has troubles writing songs, though the first one here, “Feels Like Home” is pretty good – C+

Angelheaded Hipster: The Songs of Marc Bolan & T. Rex – Various Artists – The late Hal Wilmer reimagines Marc not as the trippy hippy, not as the glam gnome, but as an outlier for indie rock in the 90s. Not what we really wanted but the late great Hal pulls it off from time to time, believe it or not Kesha and Perry Farrell do best by Marc  – B-

Tracks from Top – YoungBoy Never Broke Again – six songs from his upcoming album, they are all great and the one with Snoop is especially spiky – A-