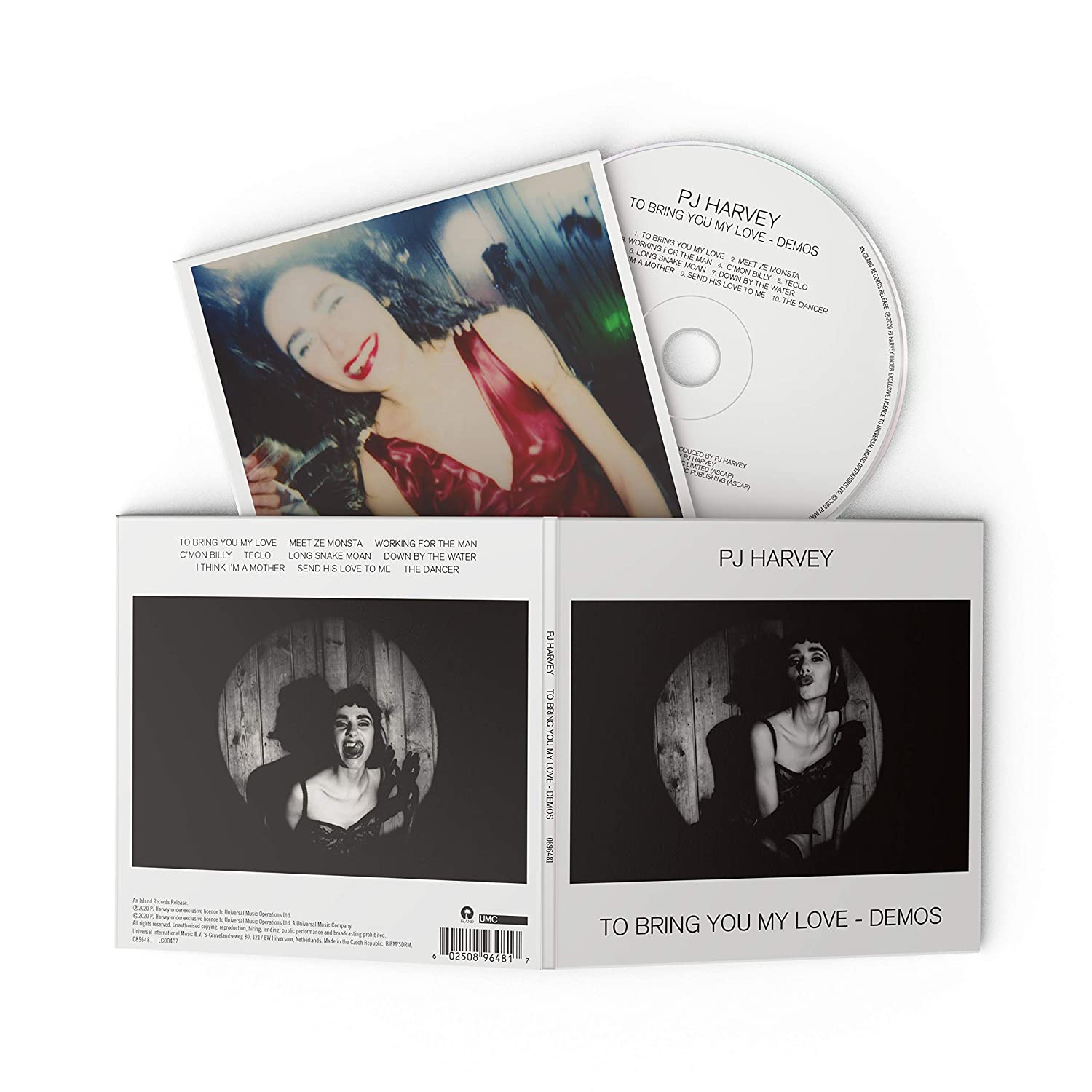 ARTEMIS – ARTEMIS – Let me ask you this, if it was an all male septet would anyone mention it? Artemis perform art jazz that sounds like Miles Davis in the late 1960s. Featuring pianist and musical director Renee Rosnes, it is a fine collection and should set them up well once they start touring again – B+

Live At World Cafe – Best Coast – Released two weeks before their excellent Always Tomorrow dropped, the eight song EP opens with three songs straight off the top of the latest, and pretty soon Bethany slips in “Feeling Ok” off another great album, California Nights. Really, the duo  is in good spirits and all the songs are top notch. Why stop at eight, though? Why not 20? – A-

RVLTN (Chapter 3): The Price of Freedom – Bobby Sessions – Dallas rapper just broke in with a co-sign on Megan Thee Stallion’s huge “Savage,” and it is not just home field advantage for the Dallas rapper, he has the skills. And the attitude as he reminds us that the revolution will not be televised – B+

AYAYAY! (Deluxe) – Christian Nodal – The mariachi man nearly doubles the length of the album with a pleasant collection of Mexican pop – B

From King To A God – Conway The Machine – Griselda Records are having a big year and Conway, aided and abetted by his brother Westside Gunn (and cousin Benny The Butcher), brings the entire family together, as well as big featured stars like Dej Loaf and Freddie Gibbs, for a straight up spit and stalk rap album. This is how you do it – B+

Zeros – Declan McKenna – “You Better Believe!!!” is a great song and the 21 year old UK rocker is on top of his sophomore effort where he leads in a spirit of protest and also pop – B

What Is There – Delta Spirit – California rockers a little to the right of Dawes, and with a touch more oomph to their delivery though, again, they don’t seem capable of that break out song  – B-

The Universal Want – Doves – A boring piece of Northern rock and proof that rock just can’t do it anymore, Though if it wasn’t for all the raves that had me believing their first album since 2010 was a masterpiece in waiting, I might have liked it more – B-

MMXX – EP – Eskimo Callboy – ten years on, the German metalcore roar and release have stamina to burn and much better when screaming then when popping it up, try their break through “Hypa Hypa” – B

The S(ex) Tapes – FLETCHER – hot lesbians, everywhere you turn, singing about fucking with a dance beat -what’s not to like? – B+

Imperfect Circle – Hootie & The Blowfish –  they  released their first album since 2005 last year, and now it is streaming everywhere; Darius Rucker is in fine voice, and though the sound is meh AOR, it will at least give em something to tour behind when we can get back to touring – C+

Que Sera, Sera – Live in Europe – Johnny Thunders – I once saw Johnny fall asleep on stage at Max’s Kansas City (or was it Sid Vicious -they tend to blur), and that is not the set preserved for posterity and as an antidote to crap boots, and maybe I am growing sentimental in my old age but he sounds better than he did on the 1985 feature filled album – the “Too Much Junkie Business/Pills” is a real treat – B+

I JUST WANNA LIVE – Keedron Bryant – 13 year old Keedron is the face of a younger #BLM, with a voice that echoes Michael Jackson. What he doesn’t have is songs – B-

WE ARE CHAOS – Marilyn Manson – When last seen, Marilyn Manson was being taken out of Hammerstein Ballroom on a gurney (here) after falling off a ladder. Marilyn was clearly in the midst of an alcohol cycle he couldn’t get out of and the future looked, well, Tricky, the same way his new album sounds Tricky in its industrial wasteland pop skills. WE ARE CHAOS is his strongest collection of the 21st century, a set of arresting and beautiful people in their horror stories and encapsulating a hard earned vulnerability, Manson finally beats out all goth industrial sounds and escapes his kiddie Nine Inch Nails dead end –  A-

Medium Rarities – Mastodon – stick around for the instrumentals – B+

Yellow Coat – Matt Costa – low key, singer songwriter who has been around for years, even worked with Belle And Sebastian, and he can write a song though what he can’t do is execute it with stamina… he was better in 2006  – C+

Bridges – Mickey Guyton – now, if she was a he and white would I mention it so emphatically for the beautifully voiced black country woman on her first EP in five years? A fine set of songs and thank heaven down here she isn’t covering “Can You Build A Snowman” again – B

Zulu Man With Some Power – Nasty C – South African rapper just signed to Def Jam, can rap, can sing, and sounds One World Beat – B-

MOONCHILD – NIKI  – “the blend between Taylor Swift’s Reputation and Daniel Caesar’s CASE STUDY 01” claims hnhh (here), and while I don’t entirely agree with their assessment of the Indonesian popster on her debut, I absolutely get their point on this wonderfully musical and addictive starting place – B+

To Bring You My Love – Demos – PJ Harvey – If ever an album is worth listening to in two different versions, that album is PJ Harvey’s undeniable masterpiece and while the Demos is not the equal of the original, and the demos are certainly somewhat on the completed side, the singing alone is worth price of admission – ALBUM OF THE WEEK – A

Supa K: Heavy Tremors – Quakers – Made up of Katalyst, 7-Stu-7 Geoff Barrow of Portishead and Beak, the electronic band release 50 tracks at a minute each and actually pull it off. As experiments go, it is accessible and smart – B+

Bloody Noses EP – Richard Thompson – recorded at home during isolation, it sounds just like everything else post “Ghost Of You Walks” -a tasteful bummer – C+

If It Wasn’t For Trucks – Riley Green – superior set of mainstream and also Red State songs about the pandemic and keep on going with Jesus riding shotgun. This is where political differences are less important than excellent songs – B+

Thread – Sally Ann Morgan – while the arrangements on this modern Appalachian folk album are a little obtuse, the songs are still beautiful old school from the mountain and manage to keep you off balance in a good way – B

Rocked This Town: From LA to London (Live) – Stray Cats – live and plugged,  it’s 23 tracks recorded during the Stray Cats’ 40th Anniversary Tour in 2019. I’m not a huge fan but this is their first release in decades and if you dig their rockabilly new wave, you’ll dig it – B

American Head – The Flaming Lips – I had no idea Wayne Coyne was 59 years old, encroaching on my territory. Perhaps age has mellowed him as the album is a terrific Americana meets psychedelia makes out with folk, and the only album he has ever released I haven’t disliked on contact. Consider this a ringing endorsement – B-

7VEN – TOKYO’S REVENGE – He broke through on Tik Tok, and spits it pretty well if a little messy: it reminds me of early soundcloud rap without the emo – B-

Shame – Uniform – Metal Injection’s Stephen Proski  (here) dubbed the album “abattoir of contemptuous, industrial carnage” and at its most carnagey the guitars slap you about with vitriol. More from Stephen: “Uniform reminds us all that this won’t end well. And God will not love you forever.” – B+

Back A Yard – Wailing Souls – the vocal group have been around since the 60s and have maintained a keen ear for their contemporary rastaman vibrations, till the last four  songs when they get popper and better on three of em – B

New Vanitas – William Tyler – a wonderful guitarist with a style that faintly echoes Mark Knopfler, the instrumental album is consistently gorgeous and moving and a surprise pleasure from the Nashville art man – A-

Top – YoungBoy Never Broke Again – when you are dropping an album with 21 songs on your third album of the year, you might want to worry about quality control. And truthfully, at still less than an hour it’s a little long winded. But the distractions aren’t musical and nothing is called in by the rap-r&b star – B+