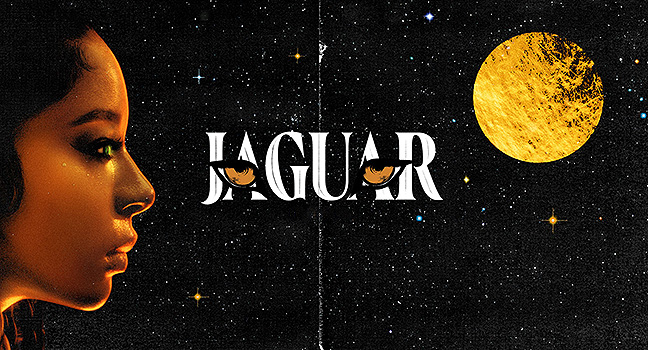 Limbo – Aminé – music to pick up your honey from jail, Amine claims, and the rapper is quite right on the Young Thug feature, also, if you wanna prove you can handle r&b getting Charlie Wilson on a track (“Roots”) is one way of doing it, and an early “Kobe” tribute is heartfelt. But it gets boring before you reach the halfway mark – B-

Just Coolin’ – Art Blakey & The Jazz Messengers – Hard bop, unreleased album from the fifties, per Blue Note: afeaturing the legendary drummer, along with trumpeter Lee Morgan, tenor saxophonist Hank Mobley, pianist Bobby Timmons, and bassist Jymie Merritt.” As a fan of his big band era as much as his hard bop, I love it but not as much as, say, 1957’s African vibe Holiday for Skins – A-

Billy Nomates – Billy Nomates – signed to Geoff Barrows label, and friends of Sleaford Mods, I prefer her to SM, though not to Portishead, though she remind me of KAE more than either. Untethered from spoken word, and from post-punk, she is more like a New Wave variant for a Rock Against Sexism that never quite happened. “Hippy elite” is a great song and everything is at least very good – A-

BRONSON – BRONSON, ODESZA, Golden Features – Sure, Odesza are as strong an electronic duo as you have ever heard, and they are on every track here, so you know that if the songs are mostly a place to lay down the beat, the ones laying it down are excellent. And it doesn’t take long for the songs to be self-actualized, with “Heart Attack,” featuring lau.ra and deep house guy Golden Features, is stronger than its parts and its parts are very solid. A good album of a sound, electronic EDM that usually doesn’t thrill – B+

Rise and Shine – Cassadee Pope – There is a giveaway on the Voice country pop singer’s best song, “How I Feel Right Now”: “I just wanna drive and listen to that red album of Third Eye Blind”.  If you are vibing on “Semi-Charmed Life” maybe you lack emotional depth. And that’s her best song. This EP doesn’t rise above a certain plastic pop moment that’s passed – C

Sex, Death & The Infinite Void – Creeper – I appreciate the effort on their sophomore album: “it’s about a small town in America, based on Dunsmuir [in Siskiyou County, northern California, with a population of fewer than 1,700], and about our feelings of being Englishmen in America and feeling alienated in a lot of ways. We decided to encapsulate that with this character from another world, an angel who falls to earth, who’s an outsider in a small town and who falls in love with a woman, while learning to be human and feel again. That’s based on feelings I had being on tour, especially the Warped Tour, where I was stuck in a shell, struggling to emote and ingratiate myself, which was odd for me “. But the songs simply don’t stand up for an instant, a Brit Pop mish mash that fails to connect musically – C

BLAME IT ON BABY (DELUXE) – DaBaby – the deluxe adds nine songs plus the #BLM remix of “rockstar,” for what is fundamentally a new album added to an old album, recorded at the same sessions and with a similar sound, both the Stunna 4 Vegas songs suggest a new superstar is on his way – A-

A Young Man’s Country – Daniel Donato – a superb guitar slinger, and hired gun, less great songwriter. Still, the first coupla songs are so good it carries him halfway home – B-

Blood Harmony (Deluxe) – FINNEAS – adds a song, calls it deluxe, he is still way lucky Billie is his sister – C

Liszt: Transcendental Études – Franz Liszt, Vadym Kholodenko – Vadym is a dynamic and gifted pianist and Lizt’s studies are both simpler, more complex, and a vigorous workout as it evolved over time – A-

Dreamland – Glass Animals – far be it for me to steal from Pitchfork’s Ian Cohen (here), however: “The UK psych-pop band stretches out to embrace hip-hop production and personal biography. It comes across like a guy trying to tell you his life story in a packed Coachella tent” is a killer line, better than anything on this soft sell, psychedelic bore of an album – C+

This Devastating Map – Helvetia – experimental indie which has no closeful attribute to tunefulness, and is certainly slowcore. Undoubtedly, an acquired taste – C+

B.B.H.E. – Hudson Mohawke – The Scottish DJ signed to Kanye West’s label, was one of the reasons EDM came so close to world conquest some five years ago and here he has a first rate odds and sods, from already hits to unknown instrumentals that come in and out under 30 minutes, this is the future we never reached- A-

Eight Gates – Jason Molina – There may be worse ways to die then the way Jason Molina passed, but I can’t think of any off the top of my head and I say this as a man who went way down that rabbit hole. The difference is, if you die from most illnesses you blame the illness, but when you die from alcoholism you blame the patient. The Townes Van Zandt, and the Jason Molinas, sink in a sea of alcohol with no exit, just a steady impossible to drink your way to normal. Jason is a heart breaker on this, his final release since his death in 2013,  so miserable it gives sad boys whole other levels of depression.

Prisyn – Jaye Jayle – a brutal sounding, guitar and pcs oriented swell of darkness and so alternative rock it seems to be moving from somewhere entirely. I read where it is influenced by Iggy and Bowie in Berlin, but I don’t quite hear it. The occasional lyric, “I think I’m gonna drown” makes it all that much more upsetting – B

New Truth – Jenny O. – she is a SoCal singer songwriter with an easy going, very melodic and lovely sound, and songs that seem sadder than they sound: it’s like being deep in a revelry on a hot summer day – B+

Viva el Perreo – Jowell & Randy – reggaeton as post-teen fun city, one of the most singularly pleasant albums you’ll hear this week – B

Magic is Alive – Lionville – the album artwork looks like something proggy this way comes, and it is, a little, but it is mostly old school, mainstream AOR via Italy – C+

In Search of Sunrise 16 – Markus Schulz, Giuseppe Ottaviani, Sunlounger -progressive trance that seems like a wild whisper of twirling synths and electrronica… sometimes you get the sound of sunrise in there – B

The Dirt and the Stars – Mary Chapin Carpenter – the country folk specialist continues to compose singer-songwriter and tuneful pop-folk, a fine addition to her huge catalog, “It’s OK To Be Sad” is special – B

FIXTAPE – Popcaan – OVA signing (Drake is on one song, the same song as PARTYNEXTDOOR) is where Jamaican Dance Hall meets Drake’s depressive hip hop. If you stay the distance you’re rewarded with “Jealousy Die Slow” – B+

Pray 4 Love (Deluxe) – Rod Wave – adds eleven songs to the “Pray 4 Love” – “Fuck The World” axis, including a track with hottest rapper in the world today Lil Baby – B

Laswell/Shocklee: The Sam Huber Remixes – Sam Huber – two of the greats work with another great, Bill Laswell and Keith Shocklee bring their legendary touch to some of Sam Huber’s dance oriented r&b and soul on six flawless slice of beat heavy tracks, stick it on repeat and be creative – A-

Pink Elephant – Stand Atlantic – At least it doesn’t suffer from the sophomore slump as the hit and miss ratio appears about the same, 50%, the Australian pop punkers are pretty good on “Like That” but run out of steam – B-

Live at Goose Lake: August 8th 1970 – The Stooges – seven songs in 39 and a half minutes so while this might be a harbinger of punk, it is just as much a heralding of post-punk ten years later. The essence of No New York, the skronking jazz inflections, and noise, are here as well… but isn’t it a little early to be dumping “No Fun” and “I Wanna Be Your Dog” only a year after 1969? By the way, ten years ago they released an equal album from the same tour   – A-

JAGUAR – Victoria Monét – The queer woman of color fhas a wonderful collection of chill r&b, SG Lewis (who just got Robyn’s first vnew verse of the year) and Khalid are on one track, but mostly this is ruminations about sex and romance  in a swift not rushed 25 minutes of hushed dreaminess. I guess that if co-writing “7 Rings” (not to mention “thank u, next”)  wasn’t, this surely is her mother fucking moment  – ALBUM OF THE WEEK – A-

Purple Noon – Washed Out – dream pop electronica, shimmers so much you wish it would stop – C+

Holy Water – We The Kingdom – another buncha Bethel Music grads with a truly horrendous, bloated and oversung crap – MUST TO AVOID – D