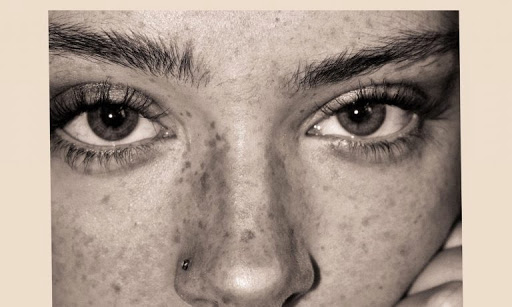 7G – A. G. Cook – Cook is the owner of avant-pop label “PC Music” and the executive producer of Charli XCX albums, which puts him on the frontlines of 2020. But this album? 49 songs, nearly three hours, that veers between ambient wall of sounds to newly minted experiment songs. But who has three hours? Who is it meant for? Anyway, if you wanna cut to the chase listen to the second album which is where the pop action is, the third is music to take a long bath by, and the first is the ambient moods you expected… the fourth is classical orchestrated sounds and the last two? You’re on your own – B-

Providence – All We Are – Liverpool indie pop and disco band, they aren’t bad but they need better songs – C+

Die Midwestern – Arlo McKinley – low key folkie singer songwriter with a good tenor filled with feeling  on songs that don’t always stand up- but when they do – “Alone Again” is a dilly, they sure do – B-

Hyperspace (2020) – Beck – a fascinating mix and match with NASA (read about it here) on a reboot of last years album, now known as Hyperspace (2020), at the time the album left me cold, on a return some of it is better than I gave him credit for, all electronica and ambient redux, St. Vincent’s remix of “Uneventful Days” is a must hear – B-

Valentine – Bill Frisell – Jazz guitarist Bill Frisell’s first recording with his trio, featuring bassist Thomas Morgan and drummer Rudy Royston, is a low key and beautiful  recording topped by a sublime “We Shall Overcome”  – B+

I Must Be Living Twice – Black Marble – 80s style synth pop, all shiny and pinky and plonky – C+

OBLIVION – Black Noi$e – The Detroit producer signed to Earl Sweatshirt’s label has his moments here, the Danny Brown feature is a pleasure, but for the most part is as easy to penetrate as latter day Earl, meaning not very – C+

The Versace Tape – Boldy James – part of the Griselda Records team, who have been releasing album after album of art-rap stuff, Versace’s production is thick and mercurial at the same time -all the better to luxuriate in Boldy’s astounding wordplay and rap skills. I’ve been following Griselda Records ever since being clued in by Brooklynvegan that Westside Gunn is behind the label, and I have been rewarded – B+

Non-Secure Connection – Bruce Hornsby  – I mostly know Bruce Hornsby as a touring member of the Grateful Dead and found his collected recordings a whole lot boring. That is, till last years reboot which was good, and now as the world continues to glom on Big Red Machine (pace: Taylor Swift), Justin Vernon co-produced Bruce, and it has a lot of that electronica dazed sound – B-

Twice As Tall – Burna Boy – The beginner of Nigerian pop’s take on trap meets world beats, he is a more mature Wizkid, and the album is a deeper pull into the sound of Nigerian, dance hall meets African American pop with a shift of jazz, the songs, and the album is a thorough thing, it hits every step. P. Diddy executive produced, Stormzy and Chris Martin are featured, and the album is a full experience. Bey could (and has) learnt a thing or two from the 28 year old  – B+

Eddie – Busty and the Bass – the white funk and soul band have weakened here, the Macy Gray feature at the top is the best thing I’ve heard Macy sing in years, George Clinton is a major get on another song though more in name than in presence, so they rest on it and the rest of the album is alright neo-R&B blue eyed soul – B-

If It Wasn’t For You – Caylee Hammack – a fiery country redhead like Reba McEntire, who appears on one song, the debut is a country rock and pop pleasure aided not by her ordinary voice but her skills as a songwriter – B

Fall in Philadelphia: The Definitive Demos 1968-71 – Daryl Hall & John Oates – Abandoned Luncheonette dropped in 1972, so this is the lead up with a semblance of folkiness in its DNA but light years away from 1975-1976 when they began to crack the charts. Me, pre- Private Eyes I can count on one hand how much i loved their songs, and this changes nothing – C

Karma 3 – Dave East – East is local talent, a top rapper part of no movement though (as “The City” proves) he sounds 90s, and as Dave details the usual trajectory from basement to penthouse, he doesn’t buy into the hustling crack rock vibe. The songs are songs, the samples intricate and unique and if the beats are ordinary, the raps aren’t – B

Something In The Air (Live Paris 99) – David Bowie – The third of three and probably the best, it saves “The Pretty Things Are Going To Hell,” resurrects “Can’t Help Thinking ABout Me,” and makes the hours… songs bearable – B+

Have You Lost Your Mind yet? – Fantastic Negrito – rootsy neo-blues stompers – B+

BRAZIL305 – Gloria Estefan – a wonderful set of Estefan hits, deep cuts, and new songs with a full Brazilian orchestra – A-

Blurr (Mixtape) – Ho99o9 – horror rock rap, featuring Eyehategod vocalist Mike “IX” Williams on “Firefly Family” – and I am on the same page, the smell of maggots makes us both sick – B

Falling Asleep At The Wheel – Holly Humberstone – This years Phoebe Bridgers is pretty excellent on this EP, a fine lyricist and a fine way with a tune, singers are never again quite this fascinating. So while it hurts me to join the crowd, Holly is the real thing and “Falling Asleep At The Wheel” is a great song. What will tomorrow bring? I don’t really care – ALBUM OF THE WEEK –  A-

Djesse Vol. 3 – Jacob Collier – Quincy Jones’s electronic producer makes sounds you haven’t heard, and the songs that don’t hold up well enough to justify what might be Jacob’s genius – C+

Mixtape Vol. 1 – EP – Kane Brown – Kane has always been very comfortable with country, and adding some soul to the mix is fair enough – B

Bye Bye These Are the Days – Kath Bloom – The Connecticut folkie who emerged in the 80s, disappeared in the 90s, and return in the 00s uses her harp to wonderful effect on these quiet and intense folk songs of immense beauty and complete timelessness – A-

Total Freedom – Kathleen Edwards – Kathleen returns from an long sojourn running a coffee shop in Ottawa with a typical sounding Edwards singer songwriter stroke,  a strong collection eight years after she dropped out; Kathleen is a tough minded woman and these guitar tracks are a study of romance doing what it tends to do with her, going wrong  – B

Crave – Kiesza – The name makes you think EDM (whenever you see a K and a Z in the name you think EDM), But no, it is the return of the Canadian disco pop singer after a horrendous car accident put her on her back for years. Everything here is what it needs to be, a fine collection of Hot 100 ready pop songs – B+

Wild Heart – Kim Walker-Smith – Christian Contemporary woman from Jesus Culture,  why is it the second they start praising I am on to the next one. Obsequiousness and rock don’t work in tandem – MUST TO AVOID  – D+

heart theory – Lindsay Ell – country woman up to nothing much – C+

Melanie Faye EP – Melanie Faye – hand the 22 year old instagram star this, she plays guitar and in a jazz frame, very well… though not often enough since it is clearly her selling point – C+

Live in Christchurch 1982 – Men At Work – if, like me, all you know is “Who Can It Be Now,” Men At Work were, in fact, a poppier and less antagonistic variant on the Police’s reggae New Wave theft in plain sight. Because they didn’t let their ego trip em up, they sound better -I mean more timely and less toffee nosed, then their peers. – B

Show Pony – Orville Peck – I know lotsa people admire the gay blade Americana country guy, not me. His songwriting is OK but I can’t take that baritone – C+

Immersion – Primitive Man – sludge metal to make your ears bleed, that sinking feeling overwhelms on track after track of doom and gloom and a variant on Lou Reed’s metal machines – B

Tomorrows I – Son Lux – the experimental post-punk band sound much more accessible in 2020 than they did in 2010, sure it is more arranged sounds over downward spiral vocals, it still catches the ear – B

Blue On Blue – Sylvie Simmons – you can just about hear her admiration for Leonard Cohen in the fragile and intricate attack and the keep dancing to the end of love conceptualisms, but it isn’t a steal and while she has difficulty with a sameyness, Sylvie still has managed a decent album for the second time – B

Cactides – Titan to Tachyons – Dom Lawson of Blabbermouth (here): “this avant-metal trio make music that defies the usual laws of melodic physics, slamming angular noise rock, free jazz and monolithic post-metal together in a bewildering shower of malformed, monochrome sparks”. The best thing is the drumming, which pushes the contours of their post-punk over the edge – B

Tommorrow After One – Twelve’len – neo-r&b, via South Miami, with a gift for trap beats on very tuneful songs – B

Candid – Whitney – you might remember Whitney’s cover of “Southern Nights”,” or you might remember half of Whitney’s Max Kakacek from the terrific, late great Smith Westerns. What we have here is more cover songs that don’t quite work, a yes to the Roches “Hammond Song,” a surprisingly no to the Waxahatchee featured cover of John Denver’s “Take Me Home Country Roads”. The rest are somewhere in the middle – C+

Rich Slave – Young Dolph – the title itself is a great an indication and finger pointing to racism in America, and kicks in gear for the hook factory “Hold Up Hold Up Hold Up,” which rhymes with “We was down for so long, didn’t have no choice but to go up”. Not many features, I mean G Herbo? Big get. But Megan The Stallion is not all in the way she was with “WAP,” but doesn’t call her verse in either – B

Welcome to Conceptual Beach – Young Jesus – indie Americana via Saddle Creek, in a post punk mode that doesn’t work as well as you pretend it does – C+