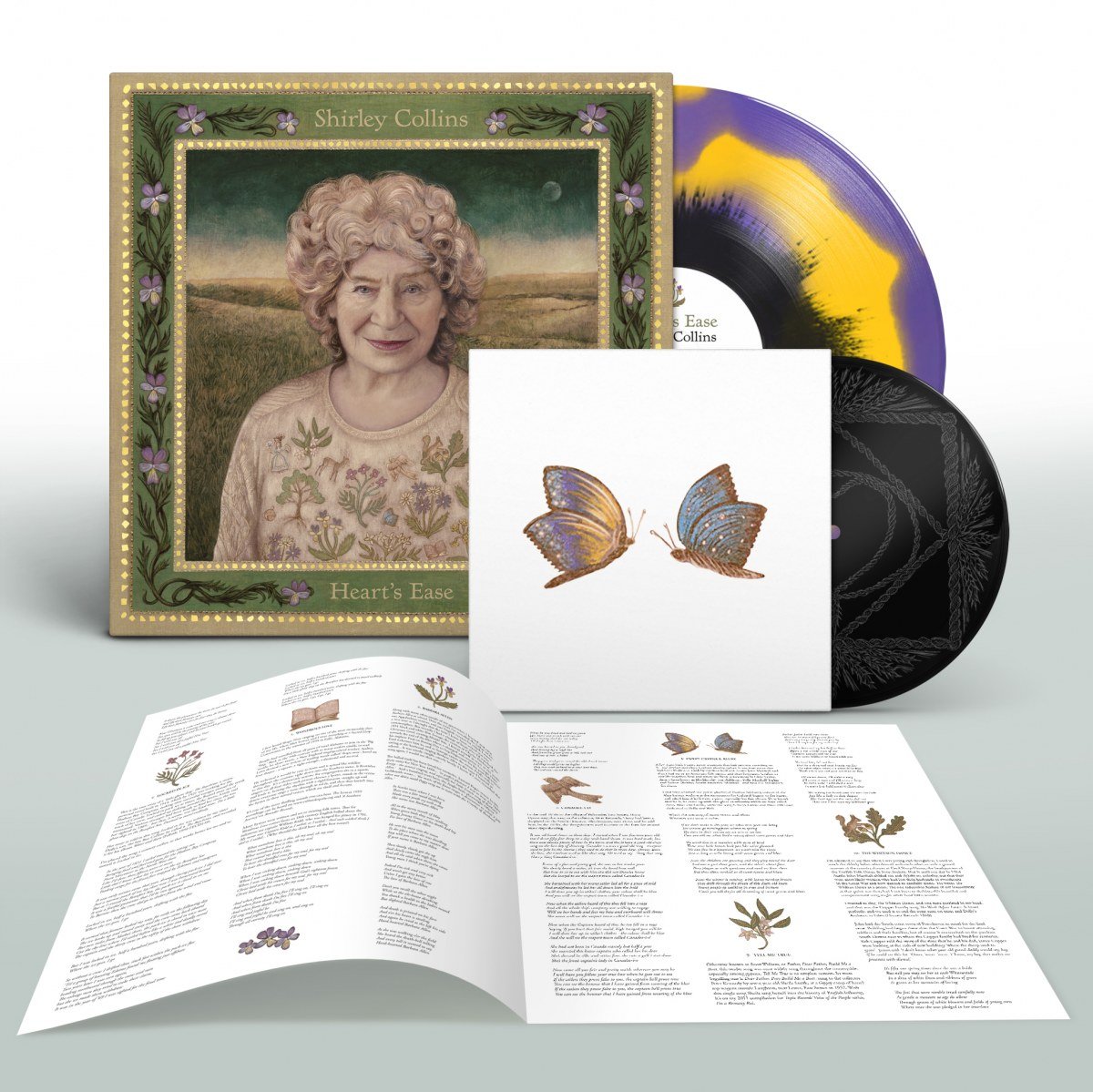 Two Lives EP – Bombay Bicycle Club – as a non fan of the English rock band, their current album left me cold, these acoustic takes are quietly revelatory, try “Let You Go” – B

The Live Series: Stripped Down – Bruce Springsteen – I’ve been enjoying the thematic compilation of live tracks through the years till this as dreary as its title dog – MUST TO AVOID – C-

Old Flowers – Courtney Marie Andrews – Courtney is only as good as her songs, a not bad place for a crossover to indie folkie should be, but the songs aren’t great often enough despite a handful of goodies and the personal best “May Your Kindness Remain”. This is typical torch songs as  indie folk tracking plus piano,  it includes members of Big Thief, and her fan base will love it, but it is a stiflingly slow album and the good is, still, not great – B-

The OutRunners – Curren$y, Harry Fraud – Around ten years ago the New Orleans was about to break pop and he didn’t quite manage it. Today, he is a skilled and well respected rapper and you can hear why on these throaty raps – B

Supertonic: Mixes – Diana Ross – House takes by Eric Kupper  on Diana Ross at her disco best, a little besides the point unless you happen to be at a club where it will pack the dancefloor, only “Touch Me In The Morning” loses its ways. It puts Kygo’s recent over reaches with Whitney Houston and Tina Turner to shame  – B

Supertonic: Instrumental Mixes – Diana Ross – and with the vocals removed you can settle on top of the groove – B

Adelphi – Even As We Speak – Five albums in over 25 years, though their second since 20017,  clearly the Australian indie band is in no great hurry and the result is a carefully constructed pop indie track with rock arrangements and walls of sound surrounding lead singer Mary Wyer. A cool, enticing, melodic and hugely musical outing from the band, like lullabies of sadness – B+

FEET OF CLAY (Deluxe) – Earl Sweatshirt – One of the worst sets I’ve ever seen was Earl opening for Anderson. Paak,  and, on a personal basis, I preferred his earlier, bloody fucking hell songs to his art rap. Still, on record, listening hard is required on a Middle Eastern flavored “East”. For the deluxe he adds two songs to the seven tracks we own and brings it in at 20 minutes. “Ghosts” is a welcome inclusion – B+

Ho, why is you here ? – Flo Milli – Flo puts all her hits dropped so far this year, adds some tracks, and drops one of the best and most original rap albums of the year, so cool:  she considers money not looking at price tags – B

Impenetrable Cerebral Fortress – Gulch –  a relentless piece of hardcore ragers in fifteen minutes, with its best “Sin In My Heart” left for  last. Part of what Brooklynvegan call a thriving Santa Cruz/San Jose hardcore scene – B+

All the Time – Jessy Lanza – an outlier in the world of EDM, it mixes a poppy confection with clear dance beats and comes up with music both charming and pleasurable and dancefloor – B+

John The Blind II – John The Blind –  You might know him as John Ryan, he produced One Direction’s last four albums and many of their singles. That  1D aesthetic, boy band without being r&b, is all over the album, which would have sounded better with someone else  in front – B-

HOUSE – Lupe Fiasco, Kaelin Ellis – Lupe is a child of Kanye West, a skilled cut and paster able to rap over anything, however strange the sounds may be. Here he works with an excellent producer on moody and strang rap songs – B

No Pressure – Logic – signed exclusively to Twitch, where he’ll stream weekly, some set number of hours a week, this is Logic’s retirement album, and it is as good as you could hope… On stage, Logic is all great vibes and that will be missed, and on his final album as Logic,  one assumes, he keeps the good vibes flowing – B

The Live Debut – 1990 – Mariah Carey – to celebrate her 30th year in the business, Mariah will be releasing odds and sods from the vaults, starting with this very early live performance which finds her already with a voice to die for,  and a bod that won’t quit. She was 21… Listen to her excellent “Don’t Play That Song (You Lied)” – B+

SUPERBLOOM – MisterWives – the last album failed to cash in on “Reflections,” and nothing here has that pop hook ineluctable chorus, and it takes em an hour to get to the point that they can’t seem to do it again – C+

I Can Feel You Forgetting Me – Neon Trees – eight years after “Everybody Talks,” six years after their last album, the pop rock band with dance grooves don’t have the songs that simply improves everything it touches. Not that it isn’t good, it is good, they are a real band and they make an excellent unit of pop currency, it’s just that they are a touch old fashioned and don’t have the songs to sell it – B-

The Upward Spiral – Nicolas Bougaïeff – enjoying the simplicity of reversal, from the down to the up spiral, from abandon hope to embrace hope, to paraphrase his press release, Nicolas harnesses avant garde musical techniques for dance ecstacy on a collection of industrial dance tracks – B

African Rhythms 1970-1982 – Oneness Of Juju – Doesn’t sound like the Juju music of King Sunny Ade, but it does sound like African rhythms culled, creamed and re-introduced since its first release in 2000. Lead by Plunky Branch, it fuses African rhythms with jazz instrumentation via San Francisco – B+

Dry – Demos – PJ Harvey – I thought we were going to be getting To Bring You My Love demos (and we got Rid Of Me demos decades ago), still Dry is a great album, her first four albums remain untouchables, the Dry demos are as stripped bear as possible, “Sheela-Na-Gig” remains a slap in the face – A

Shoot For The Stars Aim For The Moon (Deluxe) – Pop Smoke – now available in a 34 song take, it remains very strong, especially worthy is the Jamie Foxx featured “She Lookin Nice” and while the seams are showing all the way through it remains an experience – A-

Metal Commando – Primal Fear – Matt Sinner on the German metal bands new album: “What was heavy is heavier, what was epic is even more epic, what was fast is faster and what was dark is darker.” – B

Love & Peace – Seasick Steve – The ever enjoyable US white blues great with a garage rock sound, a keen harp, and a handful of really good blues workouts, try “Regular Man” and think Dr. Feelgood in the dept south – B

Heart’s Ease – Shirley Collins – Shirley Collins is an English folk icon, now 85 years of age, carrying the tradition of the songs you imagine Alan-a-Dale playing in Sherwood Forest. Her second release since Shirley returned in 2014, this impeccable collection of English folk, including the best version of “Barbara Allen” you’ll hear, is a reminder that great songs don’t age – ALBUM OF THE WEEK –  A

folklore – Taylor Swift – Taylor’s indie Americana album featuring Aaron Dessner as well as the entire Big Red Machine family on a tremendous set of story songs about Jungian darkness in wild, green forests and pianos that swallow you whole – maybe two, maybe three, are among her best songs ever – A

Recover – The Naked And Famous – New Zealand indie pop electronic band can write melodies without knowing how to compose great melodies so… they make up for it with big, computer generated arrangements – B-

Power of the Trinity…a Slight Return – Tomás Doncker & The Global Soul Ensemble – Ethiopian pop meets True Groove black rage unharnessed, is the third of the Haile Selassie trilogy. It is less an entrance to Doncker, go with The Mess We Made if that’s what you want, and more a musical simmer where black funk meets African beats and vocal deep dives, and as a truly deep dive singer Mahmoud Abbas joins Doncker at Central Park’s Summerstage back in 2012  on “Ere Mela Mala”. As an added plus, you can hear the late Lael Summer all over the album: the hope is Doncker releases a box set of all three versions and includes a live album culled from the remarkable 2012 concert – A

We Are Deadbeats (Vol. 4/Deluxe) – Zeds Dead – an additional 16 songs to Volume 4, all drop the bass, Fatboy Slim-y, samplecentric – B+