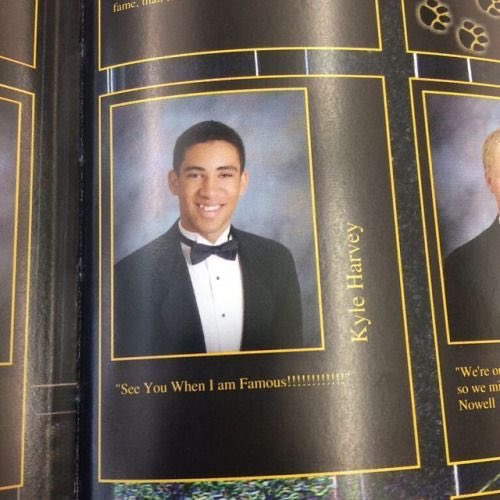 The Kingdom – Bush – You can’t blame a man for trying… unless that man happens to be Gavin Rossdale. Could he have learned any less in the last quarter century?  – C-

A Brand-New Shade Of Blue – Chris Stamey, The Fellow Travelers – Stamey can be experimental (remember It’s A Wonderful Life?) and this deep jazz dive is a strange mixing of aesthetics, sometimes dreary, sometimes enticing, always different – B-

Beginners – Christian Lee Hutson – I certainly hope producer Phoebe Bridgers made Christian fuck her in payment… she knows how the business works, just ask Ryan Adams. A boring slice of Americana singer songwriter though it pulls itself together with the very last song, “Single For The Summer” – C+

New Rave – David Guetta, MORTEN – Guetta gets down to business on these terrific house ravers… – B+

Brightest Blue – Ellie Goulding – when serpentwithfeet is on the first track of your new album, you can be damn sure someone somewhere is making an artistic statement. Unfortunately, serious equals lugubrious on  her electronic dance: oil and water and an unmitigated disaster – D+

Vibras de Noche – Eslabon Armado – the trio perform what sounds jazzy but is actually a variation on regional mexican pop, pretty but it puts me to sleep till the guitar picking wakes me up again  – C+

minor – Gracie Abrams – we all have our blind spots, mine is sad songs by teenage girls (and boys): I adore em and I am constantly amazed by how many memorable melodies are still out there. Gracie has at least five on these songs mostly written in her bedroom (she claims) – B+

Violence in a Quiet Mind – Haux – If I was in my twenties this would be a go to album, as wounded as I felt in the 1980s. Quiet and sad just a minimal effect on haunting and emotionally destroyed songs. Actually, in my 60s it still might do as a go to album; start at the top with “Hold On” and then fast forward to the Rosie Carney duet “Eight” but it is all excellent and heartbreaking  – A-

Beyond the Pale – JARV IS…, Jarvis Cocker – a quasi-mood piece, not bad but not This Is Hardcore, actually not even the underrated Further Complications, a sort of plodder with enough Cocker wittiness to make it better than it is – B

Welcome to GStarr Vol. 1 EP – J.I the Prince of N.Y – Brooklyn’s finest, if you are sick of mumble rap these are softcore bangers – B

The Light Pack – Joey Bada$$ – as a huge fan of Joey, indeed of  Pro Era, this moment is made for him. But he has been quiet for the past three years and these three songs goes one for two, “No Explanation,” featuring Pusha T, is the keeper – B

After the Curtains Close – Jonathan Bree – The New Zealander calls himself dark disney, but more of the dark and less of the disney on these quasi experimental arrangements of proto confessionals like orchestrated 60s pop – B-

The Unknown – Jonathan Traylor – so if you think Christian rap is all Lecrae and Kanye, or if you thought I had it in for CCM because I’m an agnostic, try this smooth flowing nearly banger  “Ain’t Nobody Mad But The Devil” and while it heads to hell soon after, it sounds at least listenable in the soulful songs that fill the rest – C+

The Absence of Presence – Kansas – is the dastardly album title enough of a reason to loath their tedious prog rock return? And if not, will “Dust In The Wind” suffice? – MUST TO AVOID – D+

Maybe We Could – Kllo – electronic duo moody popness – B-

See You When I am Famous!!!!!!!!!!!! – KYLE – if you think rap should sound good and be, you know fun, so does KYLE, the poppiest rapper out there and just a blast on song after song, including this entire collection of good vibes and especially “GIRLS” with Rico Nasty – ALBUM OF THE WEEK – A

Telas – Nicolas Jaar – sounds like a sound collage but the Chilean instrumentalist isn’t cutting and pasting but performing walls of intrigue. Not my scene at all and even so I enjoyed it – B

Pantayo – Pantayo – queer Canadian-Filipino making a punk that has the acuteness of post-punk, indigenous sounds and their own unique mix of the recipe (read Timothy Monger’s excellent Allmusic review here) . If you listen to too much music everything can sound samey, not here – B+

Beautiful Night EP – Paul McCartney – I don’t get it, why are we getting a deluxe Flaming Pie (my review here) is he mad at us, or just running out of albums? Oh well, he will always have the voice – C

The Prelude – Pink Sweat$ – modern r&b, if his voice was a little better he could be major – B-

Hate for Sale –  Pretenders – former rock nyc editor Helen Bach swears it’s a masterpiece and she claims that Chrissie’s attitude to romance is as accurate a depiction of  love from a woman of a certain age as you might hear. Me? I think she dropped all the best songs before the album was released and though it is great it still manages to be old already. The lick on “The Buzz” is killer – A-

Ultimate Success Today – Protomartyr – I know you think you like these post punks and I know why, but listen to them and you won’t like em at all – D+

Old Time Feeling – S.G. Goodman – Americana country style and “Space And Time” is an instant classic that Patsy Cline would have been all about and nothing else comes close but how could it? It’s still a consistently, beautifully sung work that should break her somewhere or the other – B+

Fallin’ – StaySolidRocky – If you think he is all about “Party Girl” -well, you’re right. But the rest of it has enough bangers to keep your attention – B-

Gaslighter – The Chicks – dystopic and angry, broken up and broken named, but not that great. And really, the Chicks are a little self serving for this moment in history  – C+

Pleased To Meet Me (Deluxe Edition) – The Replacements – That is deluxe and not expanded. None of the six rough mixes are anything less than stellar and the actual box set has liner notes by my Creem editor and friend Bill Holdship, enough of a reason to shell out for the hard copy – A-