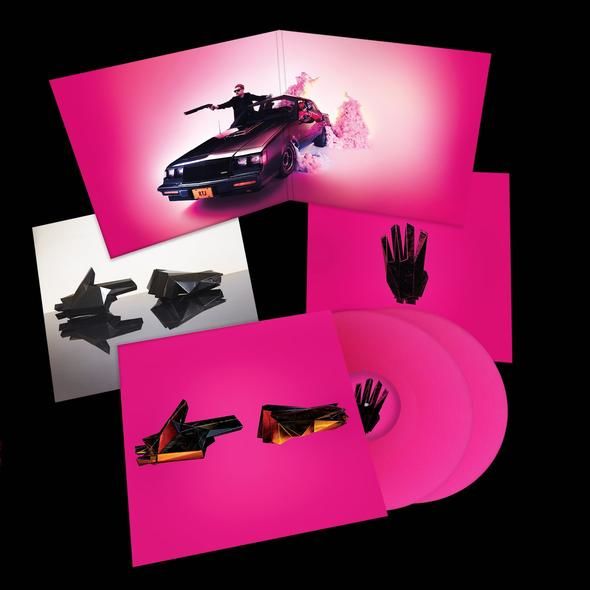 What? No MUST TO AVOID? Where is CCM when you need it…

Tell It Like It Is: The Sansu Years – Aaron Neville – Allen Toussaint guided the third Neville brother  for Toussaint and Marshall Sehorn’s Sansu Enterprises and the Sansu years as it melded MOR to New Orleans soul, lots worth seeking out but how about “Baby I’m A Want You” ? – A

Polaris – Aitch – Let’s hear it for Happy of Happymag.TV (here) for this description of the English grime star: “raps like the lovechild of Stormzy and a kid trying to roll you for pennies outside a chicken shop” – B

On the Other Side – Blanco White – a tribute to Spanish writer José María Blanco White, the English can uses a gentle Spanish flamenco guitar sound to singer songwriter stuff – C+

Alive In Texas ’79 (LIVE KBFH Broadcast) – Blondie – an odd one, pristine because it came from the radio (which is probably why it was released), the ’79 Blondie have Parallel Lines on their mind with just seven songs, and not a “Picture This” and “Denis”, in sight but more backbone than I can recall em having on stage the five times I saw em  – B

Head Above The Water – Brigid Mae Power –  modern folk confessional as part of the (who knew it?) Galway Bohemian scene and to the top of the class – B

Caroline Shaw: Is a Rose & The Listeners (Live) – Caroline Shaw, Philharmonia Baroque Orchestra – in 2019 Shaw composed a large-scale oratorio for the Orchestra, Chorale, and soloists Avery Amereau and Dashon Burton, this is a live take as well as other works done for Anne Sofie Von Otter – B+

Blues With Friends – Dion -when Dion keeps to the electric blues, with the likes of Joe Bonamassa, this is terrific if no Moanin’ At Midnight, when he gets serious and full himself with the likes of Paul Simon? Not so much – B

RKS Presents: MA1 Collection – DJ MA1, Sophia – it seems like London House is having a busy time, this is experimental and strange but the beats are unequivocal – B

Nice ‘n’ Easy (2020 Mix) – Frank Sinatra – The 1960 Nice ‘n’ Easy (reviewed here), arranged by Nelson Riddle, is one of his greatest albums and while I have no idea why we need a 2020 mix (except for financial reasons) we do get two outtakes from the sessions – A+

The Prettiest Curse – Hinds – the all girl garage pop rockers from Madrid are back with more pop and less garage, plus a highlight “Boy” -where they change language midstream, and “Just Like Kids (Miau)” -which they held on to for way too long and should have dropped as the first single – B+

The Bowie Years – David Bowie – The Idiot, Lust For Life, TV Eye plus an album of alternate takes, outtakes, and radio edits, and two live albums – A

Michael Daugherty: This Land Sings (Inspired by the Life and Times of Woody Guthrie) – Michael Daugherty – “the tribute chronicles Guthrie’s life in 17 fluent pieces for soprano, baritone and ensemble, with tints of US music from folk to jazz” and so a genre bending exercise of an album, and not your Bob Dylan’s Woody – B+

Rearrange Us – Mt. Joy – soulful folk indie with an edge of jazz here and there, would be better with better songs – C+

Electric Park Ballroom – Paisley Fields  -Hey Orville, if you wanna be an uber gay cowpoke here is how, “ride me cowboy, ride me good, show me what you got going on under that hood” is an invitation Fields repeats over and over again, as he sings to his younger self “I’m not like the other boys”. It is really a blast to hear “Brokeback Mountain” come to life with none of the guilt – B+

RTJ4 – Run The Jewels – Killer Mike and El-P – It isn’t about George Floyd but informed by the George Floyds that came before him, as the two try to lift the knee off the neck of Black Americans. Taken at a breakneck pace, the duo nail one roaring diss after another without failing the songs. A lot of highlights but “Ju$t” is huge and so is the jazzed out “a few words for the firing squad (radiation)” A perfect meeting of song and audience that defines what we listen to as an incendiary blast of full scale revolt- ALBUM OF THE WEEK – A

Glass: Piano Works – Philip Glass, Jenny Lin – Composed in the 00s, recorded in 2017, seeing the light of day now, Glass’s final study of his works with the great pianist Jenny Linn. If you find Glass too esoteric, try him out here and you won’t – A

Sideways to New Italy – Rolling Blackouts Coastal Fever – nicely rockin indie rock via Australia, “Cars In Space” did pretty well as the first single but it got old fast – B-

World On The Ground – Sarah Jarosz – soulful Americana through country vibe has its moments, try “Pay It No Mind” – B-

Patience – Sondre Lerche – Sondre gets smarter and deeper but not as good, he seems to have lost the knack for the hook that was once his calling card… beautiful but dull and monotone despite its many colors – C+

Heartbreaker Please – Teddy Thompson – morose Americana with an English bent, if only he had a couple more as great as “We Wait” with its soulful horns and funky backbeat – B

Hidden Treasures – Volume 1 – The Seekers – I’m not sure what the concept is. How is “The Carnival Is Over” and “Georgy Girl” hidden? 27 songs, some rarities, a great “Waltzing Matilda” and if all you get is a reminder of how good the Australian folkies were, well, what does it matter if not everything is hidden? – A

Lost Songs (Found) – Two Door Cinema Club – “Tiptoes” with over 300K streams on Spotify? It’s not a bad song to be honest and if we all must get together for electronic rock better these guys then, I dunno, Imagine Dragons, even on an odds and sods – B-

Only Truck In Town – Tyler Farr – Tyler’s father played guitar for George Jones, and Tyler joined them on tour when he was sixteen. The moral? Unlike the Coronavirus, talent isn’t contagious – C