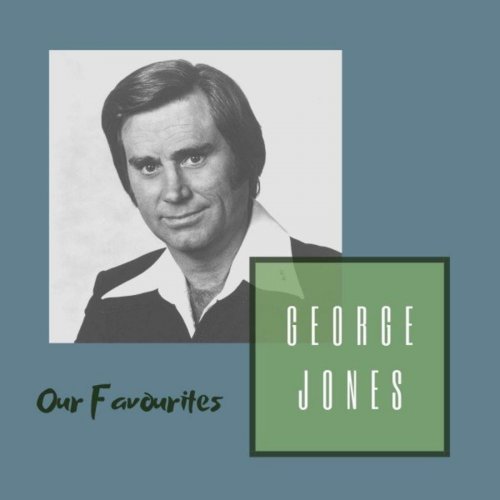 Sleep On The Wing – Bibio -you’ve heard of dream pop? This is dream folk… ambient, rural pastures music – B-

Built to Spill Plays the Songs of Daniel Johnston – Built To Spill – Doug Martsch pays tribute to Daniel Johnston with a fragile and beautiful set of covers that shine bright and easy and deep and moving, it is a shockingly excellent piece of work and a great intro to Daniel for the uninitiated – A-

Live At The Rainbow, 4th June 1977 (Remastered 2020) – Bob Marley & The Wailers – after he became a star, Bob was still touring and this time behind his agitprop Exodus, a strong period for Marley and on stage he was hardly playing from strength  but instead taking the Western hemisphere deep into his religion and politics and, yes, pop,  meeting on this live one – B+

Ungodly Hour – Chloe x Halle – skeletal neo-soul from the sisters, it skirts boredom as it slowly unwinds its sounds without the songs to back it up completely – C+

ChocQuib House – ChocQuibTown – finding a middle ground between Latin Urbano and Latin pop, the Colombian trio are all about reaching a larger audience on this addictive if slight release – B-

Thank You For Using GTL – Drakeo the Ruler, JoogSzn – the first album I’ve heard recorded from prison since Gucci Mane, Drakeo using the systems extortionate phone system to rap on JoogSzn’s voice machine , Drakeo know what’s being done to him and to his fellow inmates and expresses it in powerful raps – B+

now, more than ever – Flatbush Zombies – a little flat by their standards – C+

Futurism EP Vol. 3: Explorations – Future House Music – not so futuristic, “Mirror” sounds like Avicii, and the others just thump on the three song EP – C+

Our Favourites – George Jones – Sure, another collection but this is a well programmed 93 song deep dive (look at the spelling of favourites so assume va the UK)  and while it has no real backstory, just all over the place, it is exactly where to start before you even begin trying to figure out Jones recorded career. When I go for George I may well arrive here – ALBUM OF THE WEEK – A

Legends Never Die – George Jones – two thirds the length of Our Favorites, and between the 150 odd tracks not a “He Stopped Loving Her Today” suggesting the age of the two of them is 50s/early 60s – A-

Love, Death & Dancing – Jack Garratt – what is it with UK men whining in a deep tenor voice? It is all they ever do. Jack is more talented than most but his four years after the fact sophomore album while having its moments on the Brit folk pop circuit, is a drag over the long haul – B-

TO LOVE IS TO LIVE – Jehnny Beth – The third album of the season that functions as an extended artistic vision, along with Fiona Apple and Run The Jewels, a post-binary look at the cupidity of sex and post-punk guitar modernity. Hurt by not enough songs as great as “Flower,” that’s the only thing wrong with the Savages solo effort – A-

Church Volume Two (Live) – Jesus Culture – recorded live at Jesus Culture Sacramento over a period of four Sundays capturing this season of the congregation, and it is painful, overstuffed anthem Spirituals – MUST TO AVOID – D

Ruthless – JJ Wilde – a debut collection by the up and coming Canadian rocker, she has plenty of backbone though her songs don’t always click, when they do, like “Rush” it is worth hearing – B-

MTV Unplugged (Live At Hull City Hall) – Liam Gallagher – Since we aren’t getting Oasis back again let’s settle for this, a mix and match of Liam’s biggest solo songs and favorite Oasis numbers the way they would probably sound if the band reunited today – B+

Jack The House EP – Matroda – lives up to its name – B

Mat Zo Presents: 20 Years Of Anjunabeats – Mat Zo, Anjunabeats – the best of the London based danced label sounds more tech than anything else – B

New Medicine – Mondo Cozmo – a modern day Lou Reed, glomming on to that old dancing on a razor’s edge of melody and thud – B+

Pick Me Up Off The Floor – Norah Jones – you know how you know Jeff Tweedy is involved? It is even more boring than usual – C-

Young Boy EP – Paul McCartney – part of the upcoming Flaming Pie deluxe, an album that doesn’t deserve it except Paul finds “Oobu Joobu Pt. 1” among  his back pages and I’m not complaining – C+

Insecure: Music From The HBO Original Series, Season 4 – Raedio – neo-r&b by a collection of names from Cautious Clay to Rico Nasty, but it doesn’t accumulate and doesn’t become a version of modern pop – B-

Todo Va A Estar Bien – Regulo Caro –  Translates to “Everything will be well” the extremely popular old school Latin pop star returns with “a Sinaloan band and a northern group,contains 13 melodies ranging from romantic, heartbreak and corridos. It has the participation of renowned composers such as Joss Favela , Fede Figueroa , Geovani Cabrera , Aarón “Pantera” Martínez , among others” – a little boring but not bad – B

DRUG DEALING IS A LOST ART – RMR – the guy behind “Rascals” got a major Pitchfork dis: “Despite all his fusionist posturing, he’s got the personality of a wiped smartphone: sleek, modern, empty” the sort of line you wish you wrote… but not about this mediocre rap pop EP – C+

Things We Do For Love – The Sounds – not crazy about the sound of the Sound, it adds 808s to pop rock and have been for decades – C+

The Godfather 3 – Wiley – over an hour from the Godfather of Grime, who is losing in his fight with Stormzy on Wiley’s most ordinary release to date – B