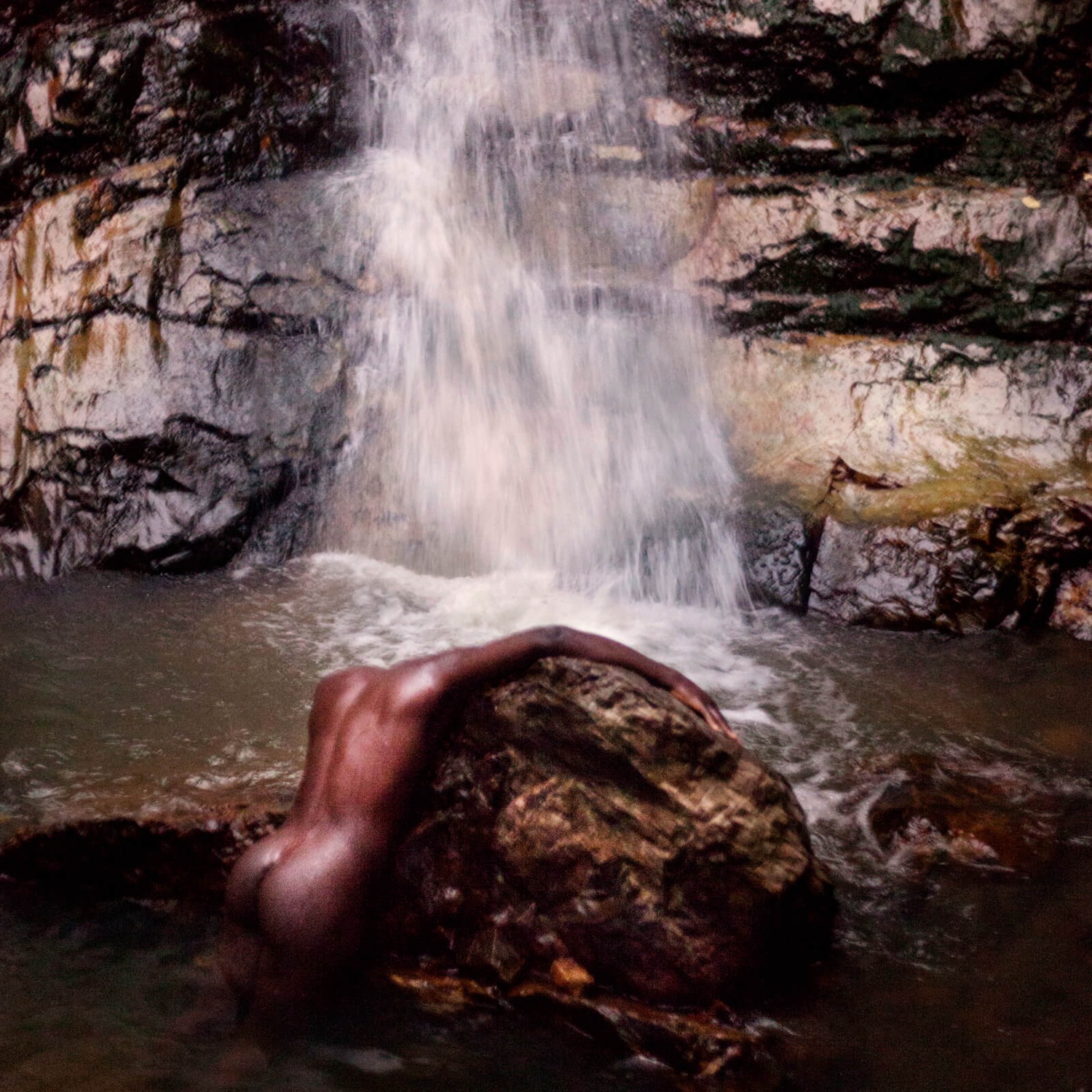 The Live Series: Songs of Summer – Bruce Springsteen – in 2009  I wrote that Bruce Springsteen was the fucking Joe DiMaggio of rock (here), and it remains true till today. As a huge fan I must have bought a dozen of his live albums off his website, including the 2016 longest show he has ever performed in the US and which I attended, but not the one represented on the ongoing thematic releases represented with The Live Series: Songs of Summer: this “Rosalita” dates from a Nassau Coliseum gig in 1978 and is the best I’ve heard, as well as the obscure “Frankie” recorded circa Born To Run initially though it ended up on Tracks. The rest is sometimes good and always unnecessary except for “Girls In Their Summer Clothes” which I loathe and you love – C+

American Love Story – Butch Walker – The classic rocker who was waiting in the wings to take Ryan Adams place and didn’t has a rock opera about hatred and racism, and he wanted it to sound like the rock on the radio when he was growing up. It does, and its clever, and the songs stand alone. It is just a pity the songs are so, with exceptions (“Pretty Crazy” is terrific)  indifferent. Still, you have to admire the effort – B

how i’m feeling now – Charli XCX – in its own way, similar to Fiona Apple in that it is about sound manipulation as well as electronic pop songs, some of which are very good. Recorded in quarantine, it should be slapdash but as it studies Charli and true love it is a positive and life affirming and disciplined. As a non fan, I am impressed – B+

The Album, Pt. II – Chase Rice – CCM bad country anthems, “Belong” should be shot at dawn – MUST TO AVOID – C-

Blvds of Splendor – Cherie Currie- ghastly old school rock and roll, reminds you why it died. Neither Slash nor Billy Corgan help – C-

Liveandwell.com (2020 Remaster) – David Bowie – The loss of Bowie made me reassess his 90s products and it is still too out there for my tastes,which hurts this  live sampler from his Earthling tour in 1997 and released online a decade before anyone even thought of it. It’s worth noting that Heroes track for the late Kraftwerk co-conspirator, “V-2 Schneider” was a late add and I like the material marginally more than I once did – B

How Do You Feel About Getting Married? – Dijon – sad songs with a soul side to its tenderness – B-

El Androide – El Alfa – Dembow superstar with features out his ears, and some of the fastest beats you’ll hear. If what you want is bangers for dancing, for the most part that’s what you get – B

High Off Life – Future – It used to be that an album every two years was average, now the kick is that Future, who has already released two featured songs with Drake among other songs, seems to be slowing down with only first full lengther in 2020. The good news is the Atlanta trap superstar has features up to his ears on the 21 song, 70 minute, sprawl High Off Life with yes, Drake, and daBaby, and Lil Baby, and Lil Uzi Vert and more…. I didn’t even mention Meek Mill! “Life Is Good” gets a killer remix. And the songs seem to have shaken off once and for all the codeine and bruises of his earlier work on a collection of great trap tracks about how Future is dealing with immense success – B+

The Night You Wrote That Song: The Songs of Mickey Newbury – Gretchen Peters – That “Just Dropped In (To See What Condition What My Condition Was In)” alone is worth the price of admission, but this is simply a wonderful album with one great songwriter paying tribute to another great songwriter – B+

Reunions – Jason Isbell and the 400 Unit – The George Harrison of Americana, good for two good songs an album and here they are “Be Afraid” and ” Letting You Go” – C+

how will i rest in peace if i’m buried by a highway?// – KennyHoopla – electronic, bummer rock and tech mix and match, takes some getting used to but consistently arresting with distilled bummer lyrics – B-

Trapicheo (Mixtape) – KHEA – Latin trap at its best, the 20 year old Brazilian rapper owns Latin America, and this should give him North America as well with strong songs and pure trap beats – B+

To Tell The Truth I Can’t Believe We Got This Far EP – Lewis Capaldi – I’m now sick of him, that release gig did it (here) – C-

græ – Moses Sumney – While “Cut me” and “Me In Twenty Years” leads, nothing is left behind on this gorgeous modern pop triumph with singing to die for and a standard of songwriting that doesn’t waiver in over an hour of queer desire and intricate woven sounds for songs that deserve it. Contender for album of the year – ALBUM OF THE WEEK – A-

Good Intentions (Brown Boy 2 Deluxe Version) – NAV – currently at # 1, The Weeknd Toronto label star has a pop rap triumph with some of the biggest names, including the late New York drill guy Pop Smoke – B+

WILL THIS MAKE ME GOOD – Nick Hakim – psychedelic soul, too psychedelic and weird and not enough soul – C+

THE END OF EVERYTHING – Noah Cyrus – indie folk, Noah is cool but this is a drag -she doesn’t have the voice for it – B-

Set My Heart On Fire Immediately – Perfume Genius – Mike Hadreas is a good songwriter who moves steadily closer to the pop mainstream and away from the secondary queer pop leveling. At its poppiest, the first song, “Whole Life”, it is fantastic and addictive, and at its most morose, the second song “Describe” it is borderline ambient, and when he goes real mainstream, the third song “Without You” is baroque pop, it is worth the ride – A-

A New Path to the Waterfall – Peter Loveday, David McClymont – David McClymont used to be with one of my favorite bands, part of that early-1980s Glasgow pop where we got Josef K, back then David added soul to post-punk, now he adds baroque pop to rock with some smooth jazz for taste. Peter Loveday is an Australian singer songwriter and also responsible – B-

One and Only – Sheff G – as Hypebeast’s Patrick Johnson noted here, between the murder of Pop Smoke and the closing of New York due to Covid-9, New York Drill is having a hard time of it, but the 25 minute album is a short and very smart lyrical strong point and Sheff G’s best work by a long shot. Good enough to recover the genre? – B+

All That Glue – Sleaford Mods – business as usual, spoken word agit prop better living with socialism, the thrill of the new is long gone but it is still tough meat – B

A Steady Drip, Drip, Drip – Sparks – they were never just glam, they were more prog faux with a sprinkle of contemporary Eno circa Taking Tiger Mountain By Strategy, decades later they are the same more or less, “Lawnmower ” could fit on Kimono My House, and while they are cult by definition they are also cult by decade – B+

I’ll Remember You (VE Day Celebration Edition) – The D-Day Darlings – In Air Force drag, a British take on the Andrew Sisters all dressed up for VE Day… it’s a pity they aren’t very good – C

Dark Side of Everything – THE NEVERLY BOYS – Two TV On The Radio ex-pats, up to nothing much indie rock… a huge disappointment – C

The London Sessions – Tiësto – state of the art EDM with a side of emo (that’s the real Post Malone on “Jackie Chan”), and a funky disco vibe going right through, kicking off with Mabel on the must hear “God Is A Dancer” and including a fresh Snoop Dogg joint – B

SCOOB! The Album – Various Artists – I actually saw the movie the other day, it was solid kids junk, and I don’t recognize any of the songs from the movie except for Best Coasts “Theme From Scooby Doo Where Are You” and Rico Nasty’s sweet “My Little Alien” -except, wait, neither from the movie – B-

Starz – Yung Lean -white rapper seems to be circling emo rapper in sing speak wooziness, the market for this guy must be huge – B