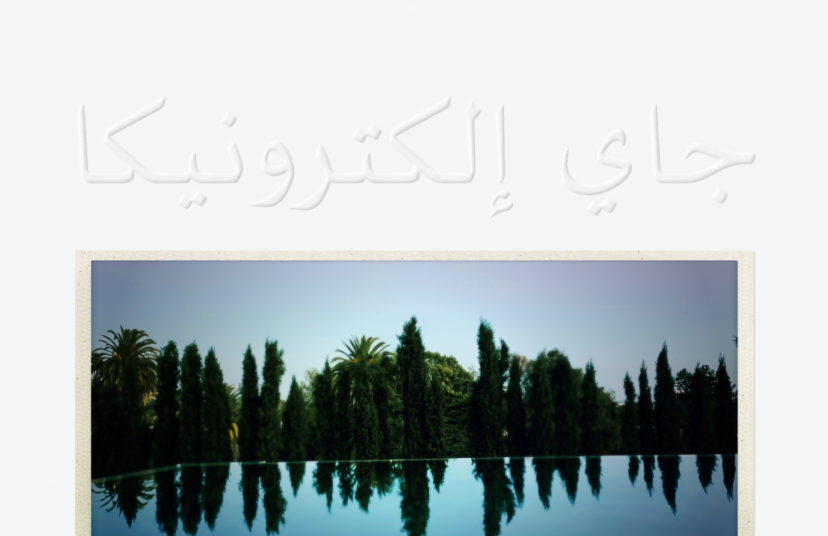 César Vidal – César Vidal- The Swedish leader of the Caesars is 49 years old and most of the time (the exception a cover of “If You Want This Love” ) sounds like 2000s jangle psych pop, that excels in short spurts, especially set opener “Same Old Bus” – B-

INDUSTRY GAMES – CHIKA – the 22 year old latest black woman rapping opens the doors wider than strippers and shakers, she has a great voice, a great flow as she smooths over beats like a stone on water and at her best, “Song ABout You” ticks off every box for great modern pop – B+

Sad Happy – Circa Waves -indie popsters with strong melodies and a fan base since the mid -2010s, but a little average for all its tunefulness – B-

Underneath – Code Orange -co-produced by Foo Fighters engineer Nick Raskulinecz, it has the bigness of heavy metal with the gnarliness of hardcore and screamo and a distinct lane for metal fans to merge in – B+

Run To The Father – Cody Carnes – before you start complaining about Jay Electronica (and Jay-Z’s) Islam friendly album, remember what their competition for your soul is and listen to this abysmal MOR CCM – MUST TO AVOID – D

56 Birdz – DJ ESCO, Doe Boy – The world of Future are furious at him because they thought it was a new Future album and not a new Doe Boy and you can’t blame em, though the mixtape itself, with a producer up there in Metro Boomin land, is first rate trap like it is 2018 – B+

Heaven Or Hell – Don Toliver – Travis Scott find via Houston (you can hear him on Astroworld and Jackboys) , he sounds like Travis’s mix of extreme sampling and cough syrup, so, a complete pleasure with “Europhia” as way out as you hoped – B

Sixteen Oceans – Four Tet – melodic ambient, a little boring over the long haul but mesmerizingly so – B-

Mandala of Fear – Huntsmen – the best album name of the week, for sure, and the proggy mix of somethingcore and folk is very effective, with vocals reminiscent of (gasp) Crosby, Stills and Nash – B+

A Written Testimony – Jay Electronica – Jay’s first album in thirteen seconds as his record label owner, Jay Z, best work in years and years (except for “The Story Of OJ”, okay), and while Kanye embraces Jesus, Jay and Jay shout out Elijah Mohammed and the big A itself, on a very, very strong and up against the conceptual retort to the modern age of racism. Jay E is a great rhymner, Jay Z is at the top of his powers after all that crap with his wife, and the two have cut what might one day stand as a hip hop masterpiece. And maybe not one day… ps: coulda done without the “synagogues of Satan” line from both Jays: my dad was a Hajj and he always claimed for the Jews their prophets , Jesus, Moses, as well as Muhammed. PPS: the arabic writing on the cover translates to Peace Be With You   – ALBUM OF THE WEEK – A-

Possession – Joywave – the sort of indie poppers who open for the Killers, and a tedious, slow, dribble on their third album – C-

La Vita Nuova – Maria McKee – The Lone Justice lead singer has come out as queer, as big a non story as you’ll ever hear, though if the result of Maria’s femme to femme, is this powerful, Americana art album of outro, somewhere to the left of mainstream, set of songs of self-awareness , perhaps the big story is purely musical – B+

Stranger In Paradise – The Lost New York Sessions – Matt Monro – The English Baritone, smooth classicist singer went to New York in 1966 and never released this fabulous, smooth as silk, easy going down songs. “Hello Dolly” doesn’t work, but “Come Back To Me,” Stranger In Paradise,” really everything else, is a low key yet with a strong emotional zing, greatness. What Munro does is at the service of great songs you can truly hear  – A-

Heartbreak Weather – Niall Horan – now the dust has settled, Harry is the star, Zayn the underachiever, Louis and Liam the has beens, and Niall continues to be the other Direction with a career in front of him on his second solo, and an album that is superior to his debut Flicker, which was already pretty good. The low key, song story about a romance from beginning to the end, has a singer songwriter vibe and more tech efficient drums and arrangements: it meets in the middle for the 20 year old just out of college women who will flock to it… the title track is his best song to date – B+

Every Bad – Porridge Radio – “Sweet” was a huge breakthrough for the UK post punks earlier this year and they maintain it with some of the strongest and most obtuse post-punk songs, lead singer Dana Margolin  performs a tour de force on quietly devastating songs for the end of times – B+

BOSS MAN – Rich The Kid – The trap guy has a cast of featured stars, everyone from Lil Baby and DaBaby and Nicki Minaj and beyond, some of it is real good, but not enough – C+

NEON16 TAPE: THE KIDS THAT GREW UP ON REGGAETON – Tainy – Tainy is a major reggaeton producer (who was behind Cardi B’s “I Like It” as well as producing the J Balvin and Bad Bunny album and producing or co-producing both of Bad Bunny’s solo album (YHLQMDLG is on its way to being the album of the year). On this playlist, seven song EP, Dalex, Kali Uchis, Sean Paul, and others are the kids in mind and Tainy gives each a post-Latin trap sheen, and try the gorgeous “Nada” – B+

Citizens of Boomtown – The Boomtown Rats – Bob Geldof’s new wave Irish rockers from the late 1970s, whose first single off this return, “Trash Glam Baby,” excited, don’t have a strong enough behind door # 2, more typical a plodder like “Get A Grip,” a strong where age effects execution; sure it is all good ol’ guitar band rock music anyway and the rush is more than nostalgia if less than a return to a golden age –  B-

TROLLS World Tour (Original Motion Picture Soundtrack) – TROLLS World Tour, Trolls -everybody is better than last Troll around, and the addition of Anderson. Paak finds him at a peak of his power for the first time in years and years, and Timberlake taking his roots in funk and not pop seriously. Even the Anna Kendrick steered “Trolls Just Wanna Have Fun” works – B+

Sister – Ultraísta – Thom Yorke and Radiohead producer Nigel Godrich morphs into Butch Vig for this pop excursion into the 80s and synth and drum machines, Laura Bettinson has a dry, discoish coolness to her singing and Larry Waronker adds coloratation, sounds good but the material is flimsy  – B-

Songs For Australia – Various Artists – the future moves so fast that Australia went from ground zero for global warming to the standard bearer for fighting Coronavirus while we were waiting for the playlist to drop. Still, Martha Wainwright, The National, Dermot Kennedy, even Kurt Vile’s Nick Cave cover, are all terrific. Curated by Australian singer songwriter Julia Stone – B+

Barebones Vol. 1 – Zero 9:36 -when Zero raps he sounds like Eminem tough (acoustic you might note), laid back, the piano and acoustic guitar give the rock bits a slide down easy – B