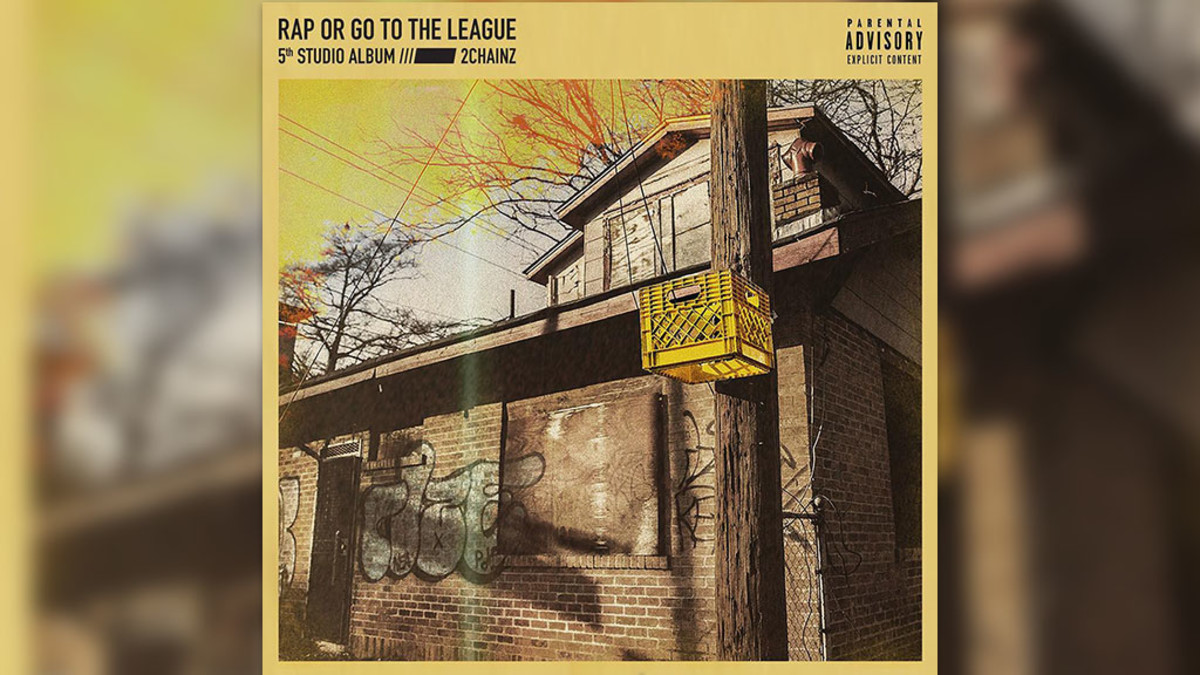 Rap Or Go To The League – 2 Chainz – Yet another great album by the much more popular than you imagined 41 year old rapper and singer, here the Kendrick Lamar song is great, the Travis Scott song is great, and the Dream pop like  Ariana Grande song is not the one with the “My Favorite Things” sample, the politics aren’t stupid either  – ALBUM OF THE WEEK – B+

Second – Beach Youth – Dream pop from France with surf affiliations, like the Drums without the glamminess… the first two songs are great and then it peters out – B-

u can still come over – BETWEEN FRIENDS – From our bedroom to yours, the trio claims but this is 2019 so it doesn’t sound like bedsitland confessional but indie pop dreaminess  though it needs to improve on the hit and miss levels – B-

The Secret Between the Shadow and the Soul – Branford Marsalis Quartet – pianist Joey Calderazzo, bassist Eric Revis and drummer Justin Faulkner join Marsalis yet again for group composed mood music, a fade in sound – B-

Shine A Light – Bryan Adams – AOR meets MOR and all are punished. Has it really been four years since the rockabilly beauty Get Up? It feels like a lifetime – C-

placeholder – Hand Habits – If you didn’t know this was a Saddle Creek band you would before the vocals enter in the first song, slow, dirge, boring, self-important and unassuming at the same time – C

Wasteland, Baby! – Hozier – Of all those emotional, big voiced, easily hurt, soulful, white Gospel iterant seculist guys running up and down the UK charts, Ireland’s Hozier is probably the best. Here, being the best means a good song with Mavis Staples and a whole lotta slop – C+

Shelby – Lil Skies – This is what remains of mumble/emo rap, influence by Juice WRLD and Lil Peep, it is sad songs about selfishness – B

Grey Area – Little Simz -the UK has exceeded the US in the quality of rapping, there isn’t as much rap for sure but people like Little Simz and Giggs have better flow and better enunciation: not beats, not backing tracks or producers or mixes, but better rappers – B+

Anesthetic – Mark Morton – The Lamb OF God leader has great lungs, among the best in the business and this is a real solo in that it isn’t LOG screamo, bowels of hell coreism, but post-grunge Chris Cornell influence hard rock. That’s the problem, of course, the songs suck though the performance, and certainly the singing, don’t suck… the same problem Solange has – B-

Live From America – Nils Lofgren – The material is weak, the guitar is stellar – B-

White Stuff – Royal Trux – We had a word for this when they (and I) were whippersnappers: alt rock, a strong groove and a chanted vocals with a timeless zap too em – B

Crush on Me – Sir Babygirl – Kelsie Hogue dubs herself a pop diva/producer and on her debut album she inhabits the queer world that Troye Sivan and King Princess live in, this is a strong collection with the great “Haunted House” leading the way and consistent, flirty songs like “Heel” and “Cheerleader” – B+

When I Get Home – Solange – From the wilds of Houston, a gorgeous exercise in modern chill r&b that segues and stalks relentlessly for 19 tracks. It makes more sense if you catch the excellent video on Apple Music, without it the albums works through without any, actual, great songs or glueeyness – B+

The Best Of Everything – The Definitive Career Spanning Hits Collection 1976-2016 – Tom Petty, Tom Petty and the Heartbreakers – This is the one that answers the world’s questions about Tom Petty – 38 songs as brilliantly compiled as humanly possible and two unreleased tracks including the demo od the absolutely fantastic title song  “The Best Of Everything” . I don’t see the inner logic of the song placing, it feels a little random, but this covers all eras from Mudcrutch to WB – A+

What a Time to Be Alive – Tom Walker – UK folk, deeply emotional, deepthroated, and tedious as fuck debut from the Brit Breakthrough artist – C-

1UP – T-Pain – To quote Bob Dylan, you can always come back, but you can’t come back all the way. The Masked SInger winner takes out his autotune and resurrects his skills as an r&b songwriter but he misses that spark he had back in 2008 – B-

Weezer (Black Album) – Weezer – Another predictable AOR pop album by a man who can write song  structures and melodies but not at the same time…. it has a coupla OK tracks, try “The Prince Who Wanted Everything” – C+