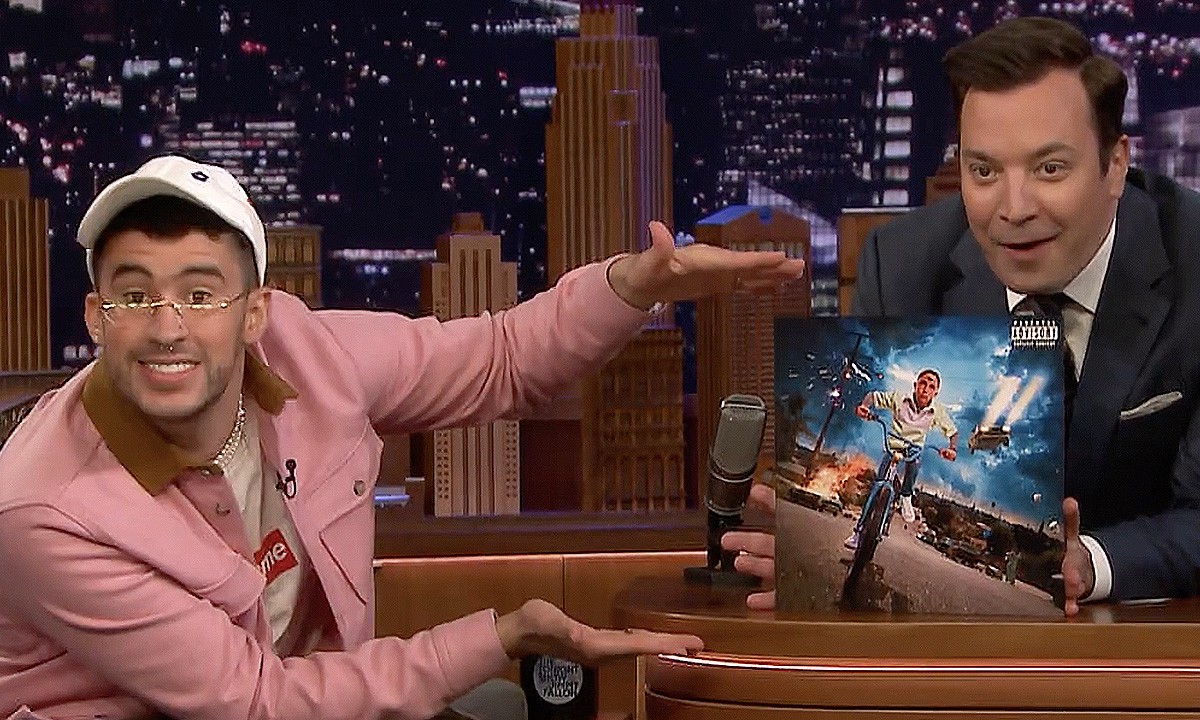 HAPPY 2 BE HERE – Ant Clemons -sweet and soulful r&b guy, the problem is the songs are too smooth and can drift away as you listen to them, having said that Ant has a lovelysound – B

YHLQMDLG – Bad Bunny – In which Latin trap comes of age on a wide ranging Latin pop masterstroke, better than his first two albums and his first two albums were no slouches in their own right. Three years since I first saw Bad Bunny, he can now be considered one of the most gifted musicians around – ALBUM OF THE WEEK

8: Kindred Spirits (Live From The Lobero) – Charles Lloyd – the legendary saxophonist has a tone so sweet it melts your ears, no wonder he is  beloved – B+

PTSD – G Herbo – Raised on the southside of Chicago, G Herbo saw his first murder when he was nine, and finally went into therapy and here is the result, a truly scary gangsta vision of a world of death and fear and survival with features including Chance The Rapper, Juice WRLD and 21 Savage – B

American Standard – James Taylor – Everybody who heard the three songs that introduced  knew it was gonna kill and it kills, and from the opening, seldom performed, introduction to “My Blue Heaven” to the closing Oklahoma “Surrey With The Fringe On To,” Taylor takes us for a 45 minute trip to a place where the dystopian present day can still find a safe place of joy and make us feel happy, as though, you know we’re Americans so it might still all work out. Kudos to co-producer John Pizzarelli  and everybody involved in the arranged for acoustic guitar triumph  A

These Grey Men – John Dolmayan – System Of A Down’s drummer covers everybody from Talking Heads and Madonna to Radiohead, in an intelligent and hard rocking debut, on a Radiohead cover he adds in Tom Morello – B

A Simple Trick to Happiness – Lisa Loeb – Before there was US Girls and Soccer Mommy, there was Lisa walking the same side of the confessional sidewalk. And she has lost nothing over the year, indeed a little livelier, but she was always a bit of a bore and that hasn’t changed either – C+

My Turn – Lil Baby – He has the flow for sure, but he doesn’t have the voice and he fails to ignite the way you thought he would – C+

A-Team – Lil Keed, Lil Yachty, Zaytoven – Zay is the master producer, Lil Yachty the fashionista yacht rapper, and Lil Keed the new kid on the block, and altogether it should be a whole lot better, if a man of the myriad gift Zaytoven owns doesn’t want to bring his A game for A Team, why bother? -C+

Rather Be Alone – Power Alone –  Eva Hall can do screamo and the band are hard rock rockers, it’s a little weird but in a good way given how high pitched screamo is at the best of times, but it works surprisingly well on their debut.

Everything Sucks – Princess Nokia – Hard rapping, loud, aggressive, and pissed off, it peaks early with “Crazy House” and then gets better – B+

Printer’s Devil – Ratboys – Jangly power pop, try “My Hands Grow” though there is nothing at all wrong here – B

The Main Thing – Real Estate – if Real Estate could construct a song that didn’t seem to float away while you were in the middle of listening to it, they would be a real threat. Musically, it is moody and serious without being tedious or ill fitting, but the songs seem too light, they seem to drip over the sides and the result is an album that works as deep background, they seem to flit in and out of your consciousness. In other word’s they are bland but not unpleasant – B-

Live At Rock City Nottingham 1986 – Richard Thompson – I would give anything for a live album from the early 1980s with Linda, this is a good recording, and the band are all stars for sure, but it might as well be a boot… it certainly adds nothing at all to the story – B

Trouble No More: 50th Anniversary Collection – The Allman Brothers Band – every Allman line-up  from Duane to Wayne get their moment on this retrospective – A

Father of the Bride – Vampire Weekend – Adds three songs taken from the extended Japanese release and one, “Houston Dubai” isn’t the worst thing ever – C+

RESIST! – Waco Brothers – Jon Langford’s other band, dubbed Half-Cash – Half Clash, is a bit more studiedly complete than the Mekons, I said a bit – B

Anyways – Young Nudy – Atlanta protegee of the likes of Migos and Future, better this than The A Team for sure, it sounds like Atlanta trap without feeling suffocated by Atlanta trap – B+