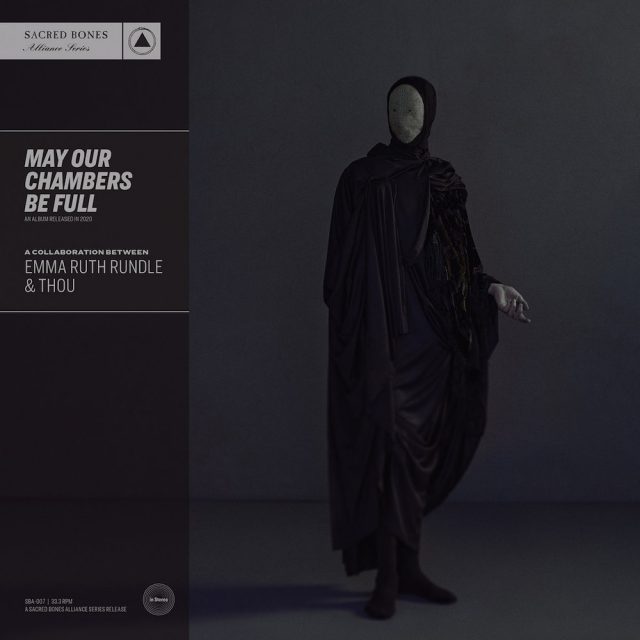 Beautiful Havoc – $NOT – the name refers to his ubiquitous hoodie, and he sure has the voice he should for state of the art rap, and the features including the great Flo Milli (on the best track)  and the ready for his closeup Ian Diorr, but at 28 minutes it doesn’t overstay its welcome and like I said, his voice is a melodic scrape – B+

Unguarded – Amy Grant – originally released in 1986, this is CCM growing into the also secular, and here the album is re-released with an additional nine songs and why not? – B+

Positions – Ariana Grande – no, it isn’t thank u, next, but it is a plenty good made in isolation add of love to sex and confusion pop marionettes and various positions, including the one where you tug her hair – A-

Noon Yung – A$AP Twelvyy – I put Twelvvy ahead of Ferg and behind Rocky, and on this terrific art rap album he may be reaching the head of the class, try “Pissy Staircase” (where he wrote the album) featuring Rocky, try the Lago 2.0 featured as well, an up and comer whose album I missed earlier this year – B

Photosynthesis – Botanist – the dulcimer as lead instrument on what amounts to the electrifying of flowers by the San Fran collective, loud and engulfing and sometimes beautiful signs – B

Bendecido – Bryant Myers – a perfect voice for Latin Urban, this is a mix of rap and trap beats with an edge of reggaeton from top featured stars such as Arcangel, Nicky Jam, and Farruko – B

The Otherside – Cam – Five years later, the country singer with a well made bore – B-

De Chamaquito Siempre Cabezu – Chucky 73 – Chucky 73’s Spanish language rap is on perfect display from this best in the Bronx plus crew, it is all flow all the time – B+

Group Sex 40th Anniversary Edition – Circle Jerks – the 1980 hardcore harbinger sounds about the same, so does the songs from their first rehearsal, included here – B+

Music… The Air That I Breathe – Cliff Richard – Happy 80th to Sir Cliff, sadly this is a not very special set of songs by someone who should retire – C-

A Beautiful Revolution (Pt 1) – Common – “It is music to uplift, heal, and inspire listeners dealing with racial injustices” by one of the mopt self-important rappers in the business… he ain’t done a thing worth listening to since Like Water For Chocolate… –  – D+

Crush The Machine – Dead End America – agitprop screamo punk, as the sleeve featuring a picture of two snakes, both with Trump’s face – B-

E3 AF – Dizzee Rascal – The E3African Grime elder is back with a strong collection of London grime featured rappers, it isn’t poppy enough to take over the scene but he remains the contender after Skepta and Stormzy – B

Earth to Dora – Eels – indie rock meets sing songwriter on their 13th album, alright and tuneful in places, but a snooze – C+

May Our Chambers Be Full – Emma Ruth Rundle, Thou – a great collaboration between two Goth like sludge blackmetalgaze, seven songs of skillful horror and beauty, like a decaying corpse without the stench, it repays hard listening with a road to hell… and back – A-

Eric B For President: Term 3 – Eric Bellinger – not bad rap via r&b, his voice should have been left alone completely but it adds to the soulful cool of the album – B

American Beauty (50th Anniversary Deluxe Edition) – Grateful Dead – God, that’s a shitty version of “Mama Tried”… this is Grateful Dead’s greatest album, a country rock Sweetheart Of The Rodeo, but built to be jammed to and this 50th Anniversary is a little anemic, especially because they released the demos earlier this year, but a coupla 1971 gigs where they rilled em out are fun  – A

Royal Tea – Joe Bonamassa – Unbearable prog guitar with, just in case you aren’t in enough pain, a full orchestra, recorded at Abbey Road and none the better for this tedious piece of self-love – D+

Joni Mitchell Archives – Vol. 1: The Early Years (1963-1967) – Joni Mitchell – in a recent interview with Cameron Crowe, Joni came to peace with being a folk singer in her early years… a beautiful voice, a skill with folk standards, and originals that include “Both Sides Now,” “The Circle Game” and “Urge For Going” – A

Welcome to O’Block – King Von – O’Block is the dangerous tenement in South Chicago where King Von spent his early years in and out of prison, and King Von has gone from stick up telling the story for reality gangsta lovers – B

On This Winter’s Night (Deluxe) – Lady A – this is so bad from the former Antebellum that I had to remove Common’s award for worst album of the week. The worst versions of “Christmas (Baby Please Come Home” and “All I Want For Christmas Is You” you may ever here and the rest is just as bad – MUST TO AVOID – D-

After School Special – Lunchbox – 20 years on, the duo can certainly compose pop punk, new wave, hybrid tune songs, though it needed something stickier and it’s not here – B-

Never Forgotten – MadeinTYO – an incredible line up of rappers headed by (gasp!) Cam’ron, and a self-fulfilling 17 songs, probably seven songs too long on his sophomore effort that still admits to his talent without increasing it as more than a talent – C+

The Great Dismal – Nothing – the sound of modern shoegaze, certainly has its moments but could use better tunes – B-

The Raging Wrath of the Easter Bunny Demo – Mr. Bungle – The Cali thrash metalers first album in 21 years is also a re-recording of their debut from 1986… added to the mix is former Slayer drummer Dave Lombardo and Anthrax guitarist Scott Ian, so take the trip from “Anarchy Up Your Anus” to “Rape Your Mind” – B+

The Kinection – Omarion – nothing much EDM meets R&B – C

Stankonia (Deluxe Version) – OutKast – I saw Outkast at the Theatre of MSG when this dropped in 2000 and then I saw em again on the festival for money tour in 2014 (here) and the former was much better. This 20th Anniversary deluxe is also better, the entire album, some really good remixes, a capella versions, all of it is great – A

Existential Reckoning – Puscifer – electronic weirdos using synths and quietly intense walls of sound, as well as a robotic singer, to create something that sure feels true: existential music to think by – B-

Misunderstood – Queen Naija – it’s been a long trip from American Idol to youtube to her debut album on Capitol, a neo-r&b, mainstream effort – B-

The Long Goodbye – Riz Ahmed – sure I love Riz, loved him with Swet Shop Boy as well, but I get it, Britain’s action towards Pakistani is the definition of racist… but how often can you get it? At least one more time… – B+

Love Goes – Sam Smith – Half heartbreak, half cruising London’s gay clubs and pubs, the livelier it gets the better – B-

Ground Aswim – Sinai Vessel – this time I lost at name the genre, I would have bet post-punk but it is singer songwriter, slow, somewhat pretty – B-

Feared By Hell – Social Club Misfits – “I believe that our trust and our belief in Jesus Christ allows us to be who he’s created us to be and not what everyone wants us to be,”. I guess, iffy Christian rap with some sweet sounds here and there  – C+

Live In Concert: The 24 Karat Gold Tour – Stevie Nicks – I caught the gig at MSG (here) and wasn’t thrilled (B-), and listening to it now her songs aren’t good enough to signify and she is too raspy – C+

Ways of Hearing – The Goalie’s Anxiety at the Penalty Kick – before you listen, what genre do you think from te band name? Yup, you’re right: emo, not bad, not good – C+

Comandante – Tom Morello – Morello covering Hendrix? It should be a little better than the opener , though the squiggy wiggy Eddie Van Halen tribute “Secretariat” is pretty good – B-

Young Life Crisis – UPSAHL – the songwriter who has provided hits for Justin Bieber and Dua Lipa, to name but two, is a little nondescript but with a song as great as the title track, we will forgive her – B

2020 Vision: a True Groove Compilation – Various Artists – A who’s who of True Groove artists, compiled and recorded with only new material. Can’t play favorites but I am really happy to hear a new song from Marla Mase, and Regina Bonelli remains the Queen Of Blues, and Kismet Lyles continues to wow – A

Wonderful Hell – War On Women – Shawna Potter leads these anarchist, feminists, ragists, punkist on a slamming hard rock album, and, as Angela Davis of Kerrang notes (here), the lead off track is “Aqua Tofana”: ” a substance created by Giulia Tofana in the 17th Century to aid women in poisoning their abusive husbands” – B+