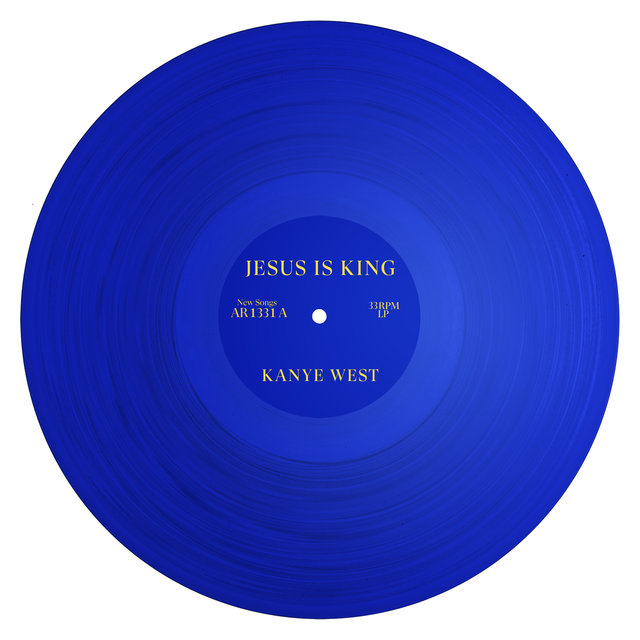 Spiritual Instinct – Alcest -Black metal meets shoegaze (aka blackgaze!). these are throttled, world of sounds songs with names like “L’Île des Morts” that are too gorgeous to be scary – B

Blood – Allison Moorer – Americana bummer for a purpose, she remembers her parents  and when you’re fourteen years of age and wake to gunshots and the discovery of your mother murdered by your father, who then committed suicide, you have every right to write bummer Americana… they are not all about that, but they all surround it in concentric circles  – B-

FIBS – Anna Meredith – Starts off with some pleasant acoustic guitar before wading knee deep into electronic modulations, before getting to be a bore within fifteen minutes – C+

The Good & The Bad – Anthony Ramos –  Soulful r&b confessional from the “Hamilton” alumni, star of Spike Lee’s Netflix series “She’s Gotta Have It,”and Lady Gaga’s best friend in “A Star Is Born.” On his debut album, you can hear Broadway in the spaces, or at least a supper club near Broadway. A good collection of originals – B

Western Stars – Songs From The Film – Bruce Springsteen – I didn’t hate the film, and while he oversings like fuck ruining “Rhinestone Cowboy” (back on Broadway, right Bruce?), he sure saved two songs, the first two “Hitch Hikin'” and “The Wayfarer” -it got me nervous, had I been really wrong in my very negative assessment? Well, the new arrangements help, for sure – C+

Optimism – Ducky – Bi-Coastal DJ on helium with a good ear for beats and enough skills to drop the bass if necessary. Try “Glue”  – B

Four of Arrows – Great Grandpa – I tend to dislike married couples band, all that we are young, we’re in love, and we write songs stuff is a bore. Pat and Carrie Goodwin are married, and their sophomore effort is a big sounding indie rocker that will do a lot for their career, one day they’ll be as big as, well, a big indie rock band – B

Dior Deposits – Guapdad 4000 – Out of prison for credit card fraud, Guap has a lotta skills, and his rapping keeps on walking out the melody, and he has a lot of friends. Not just Tory Lanez and G-Eazy but also E=40 and Chance The Rapper. The Chance song is very, very good… so is everything else – B+

Live At Home With His Bad Self (2019 Mix) – James Brown – James Brown 1969 Augusta show, released in full for first time, with a strong mix, is fine. My only problems are 1) it isn’t long enough and 2) if we are gonna release Brown’s old concerts, let’s start with the mid 1970s. Till then, this will do, especially when Brown nails the hook of “Don’t Let Go” in the middle of “Say It Loud, I’m Black And I’m Proud- B+

Once Upon A Mind – James Blunt – Shouldn’t you be stalking girls on the subway or something? A nice guy with crap songs – D+

Tremble Under Boom Lights – Jonathan Fire Eater – The birthers of nyc’s last rock and and roll moment’s best recording, a five song EP now extended to ten songs and about as clear a case for Stewart Lupton as a major singer as possible. Lupton died two years ago at 43, here is a reminder of why rock may forget, but never forgets entirely – A

JESUS IS KING – Kanye West – Everything here is outstanding, from the choir opening with “Every Hour” to the quite amusing “Closed On Sunday” with its gentle flamenco guitars (“you’re my Chik-Fil A”) and the punchline, “We’re nobodies slave”. One of the more beautiful songs, “Everything We Need”, features Ty Dolla $ign, and the other, “Hands On” features the Gospel giant Fred Hammond. “Use This Gospel” has Kenny G on board (I know). We are talking Slow Train Coming, first rush of faith stuff, and it is a complete joy – ALBUM OF THE WEEK – A

Cheap Queen – King Princess – Not the masterpiece we had hoped for, she can’t write “1950” again, though on the electronic based “Do You Want To See My Crying” she walks away from her classic rockism towards a Mark Ronson arranged genius. What she can do is release eight songs we don’t know and five she’s already dropped, and if it isn’t all the new face of lesbian America gay joy (the way her Irving Plaza gig was here), it’s  no less  than, say, Taylor Swift’s eponymous debut – B+

Lost Angeles – Lost Kings – It’s been a terrible week for EDM, even van Buuren couldn’t save it, it is left to a completely absorbing DJ duo to meld Chainsmokers with alt rock programmers like Imagine Dragons, without the bombast – B+

Épico – Lunay – A personification of Latin trap pop moves, the beats are the best we’ve heard in a month of releases and while the rapping ain’t great, the singing is better than rap singers tend to be… I wonder what “Aventura” is about – B

Live In NY ’77 – Muddy Waters, Johnny Winter, James Cotton – An entire album’s worth of unreleased live material from the tour that followed Muddy’s 1977 comeback album Hard Again. Featuring Johnny Winters (he produced all three of Muddy’s late 70s albums, and the great harp player Josie Cotton, it is a very strong live kicker, as good as the 1979 Muddy “Mississippi” Waters – Live, blues fans won’t need me to tell em Live In NY ’77 is a first rate live album – A-

Colorado – Neil Young, Crazy Horse – What we wanted was bangers like “Shut It Down” (he’s referring to the system) and what what we got was a banger exactly like “Shut Me Down” and nine acoustic snoozerson a major bore – C

4NUN – Quin Nfn – Trippie Redd and Tekashi 6ix9ine are on the same label, less catchy than 6ix9ine, further out there than Trippie, it is an electronic batter up tracks of strangeness, and breathless, and pleasurable rap album (Though “Poles”? Please…) – B-

What’s My Name – Ringo Starr – Ringo goes disco, Panic At The Disco I mean, that’s Sam Hollander on two tracks, on the mammoth disappointment. The title track (written by Colin Hays), is Ringo’s best work in decades and nothing else is any good. Not even the Lennon cover. And especially not the “Money” version – C

Pyroclasts – Sunn 0))) – f you don’t like Sunn 0))), you certainly won’t like Pyroclasts, 40 minutes of shoegaze metal with every pretense at melody shot at dawn – B

Through Being Cool: TBC20 – Saves The Day – since we can no longer be Brand New fans, why not step back twenty years for a mammoth emo album by a different huge emo band, that includes an additional 17 tracks of dems (but real demos, they don’t quite feel formed arrangement wise) to live sessions, on top of the original twelve song album – A-

Bad Ideas – Tessa Violet – Her backstory is the best all year: Tessa’s friend left his guitar in the back of her car, when he didn’t return her texts to send it to him, she decided to learn to play. Here is the result, a vital collection of indie pop songs. How wonderful that she could do it that way, no band, just sitting in her room and figuring out chords? Try “Crush”   – B+