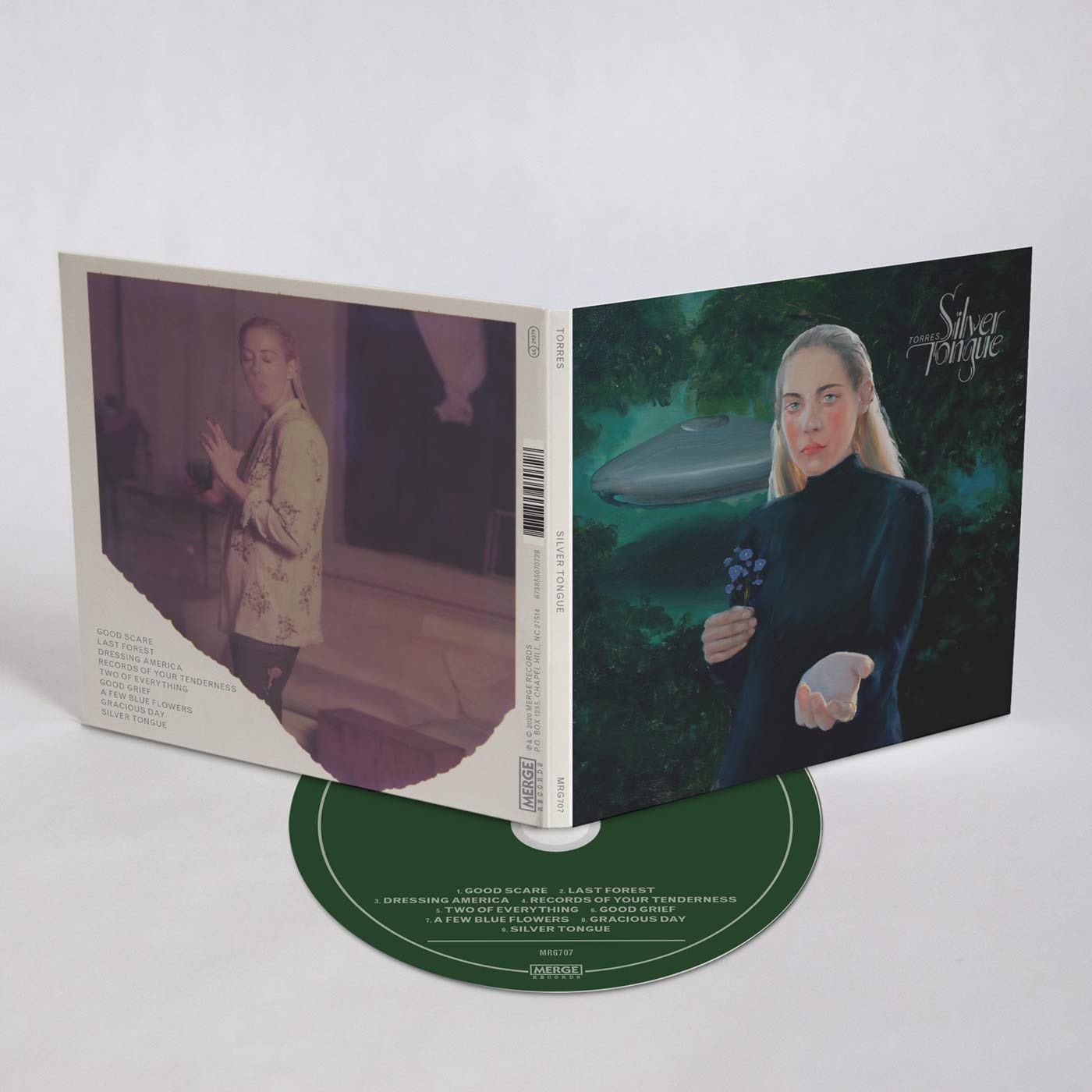 All the Hits (2019 – Remaster) – The Dave Clark Five – they had more than “Catch Us If You Can, “Glad All Over,” and “Bits And Pieces,” and sound ridiculously youthful and cool here – B+

Cult Classic (Remastered) – Blue Öyster Cult – A fine greatest hits or near hits or post hits, the poppier they got the better they were – B

Have We Met – Destroyer – some folks are popular but leave you cold, Destroyer bores the fuck out of me though he really isn’t bad with his electronic synth popness and cool haircut – C+

The Unraveling – Drive-By Truckers – they haven’t released a great song since “Shit Shot Counts, and their POTUS protest album, The Unravelling, doesn’t change a thing. Not only is the rottenly prosaic “Babies In Cages” something that really should not be written without greatness in its DNA, and certainly not with singers like Patterson and Cooley, who can’t do rage to save their lives. Or save ours. Having said that, any protests is better than none and there are a handful of good songs and an occasional axiom (“you can’t see the rabbit from the hat” ) and settle in again and then “Heroin Again” and all you can think is, can’t they find a rhyme for oxycontin? And really, requiem for a dream? Surely there’s enough real horrors without quoting movies? The playing is consistently excellent but it’s not enough  – B

Sauce Boyz – Eladio Carrion – from professional swimmer to stand up comic to Latin trap star, the latter on the best trap album since Bad Bunny and J Balvin’s banger last year, both of them are on tracks here and the sum is more than the parts for sure  – B+

Likewise – Frances Quinlan – not much difference between solo Frances and Hop Along, though the sheer constant musicality, arrangements and lo-hi makes for an excellent solo debut – B+

through love – HYUKOH – South Korean, band’s low impact bummer songs, doesn’t feel like  all the other SK bands who have a major headache: : how manufactured in the lab everybody not named G-DRAGON sounds. The biggest hang-ups with BTS aren’t here, and neither are the hits – B-

Song Machine Episode 1 – Gorillaz – three pieces of nothing and a new song featuring slowthai, did they invent the mindboggling featured? “Momentary Bliss” also has Slaves… – B

A Very British Coup – Jah Wobble – Jah Wobble has brought together PiL except for Johnny for the thoroughly repelled  four song EP, featuring Mark Stewart of the post-punk synth agitators The Pop Group, and three from Jah himself (Grade: B+)

High Road – Kesha – Finding a middle ground between Ke$ha (featured on one song!) and Kesha, High Road was announced by the thrilling Big Freedia blasting “Raising Hell” and the album, though much better on the dance tracks then on the ballads, is consistently fun – B+

Sis. – KIRBY – the latest neo-soul woman to follow in the footsteps of SZA, H.E.R., Jessie Reyez, and Noname, with a lovely falsetto and sweet and calming soul songs – B+

All Monsters Are Human – K. Michelle- mediocre but mediocre in a good, obvious, this is how soul should sound  manner, from the fine voiced sometimes reality star – B

zer0 – Krewella – The EDM Chicago based duo have had a good decade but are a little obvious (which is why they spend so much time featured), here they spend 35 minutes anchoring the hooks with dance beats – B

To Dull the Blades of Your Abuse – Leeched – “In the grim darkness of the future there is only despair and depravity,” well. yeah and this sounds like an apocalyptic dispute on human intercourse and death. One of the most vicious sounds you’ll ever hear – B+

Acoustic Sessions – Liam Gallagher – wow, that’s an excellent “Cast No Shadow,” he is easily the better of the brothers at singing and if Liam hasn’t moved from the Oasis blueprint well, it is a good blueprint and works very well acoustic – B+

Funeral – Lil Wayne –  Weezy goes emorap, and hit and miss, but when he keeps his attention to the job at hand, on the superb rap track “I Do It” (with Big Sean and Lil Baby), he reminds you why he was once the best rapper in the business – B

Walls – Louis Tomlinson – The same way Liam has kept to the Oasis blueprint, Louis has travelled closest to One Direction, but there is something missing in the execution, the songs don’t gel chartwise and if it doesn’t about sales it is about nothing – C

Chaos and a Dancing Star – Marc Almond –  “I’ve never been in love with a sociopathic, narcissist like you”?  Soft Cell’s lead singer remains a dramatic, impassioned deliverer of gothic soul nightmares – B

TREAT MYSELF – Meghan Trainor –  she misjudged her skills, she thought she was a bombshell popstar and she was only half right -giving up her unique and amusing songs about the real world of romance for songs by committee. At her worse (the Nicki Minaj feature doesn’t cut it) it needs to be better, but there is enough oldschool Trainor, “Funk” is a beat worthy and clever workout, to make it pretty good (Grade: B-)

In Another Room – Paul Weller – Paul goes for ho hum art pop, “Rejoice” is ok but it isn’t really worth the effort of seeing if it works – C

SHAKE THE SNOW GLOBE – Russ – from rap to hip hop, and always r&b, these are fine songs with first rate arrangements by the easy to underestimate pop star, song after song here is a potential hit… I think one of them already is – B+

Dreaming of David – Ryan Beatty – the 23 year old producer worked on Tyler, The Creator’s Igor and on all of Brickhampton releases, solo he uses his soulful falsetto to make dreampop r&b – B+

Be Up A Hello – Squarepusher – terrific drum and bass veering to deep house, and about as terrific as that sounds – B+

Kickin’ Up Mud: The Hits – The Lacs – Gregory Heaney of Rovi came up with a comparison I can’t beat: Bubba Sparkxxx meets ZZ Top – B

Silver Tongue – TORRES – Torres is such a romantic, and on her first album for Merge, she is electrically, by which I mean sonically, strong and boundless. This isn’t the one for her, maybe the next, but she is getting close to breaking it down and finding herself in St. Vincent land of production heaven and a wonder of love. It’s all good and “Good Scare,” which opens the album, is hard not to put on repeat, but hang around for “Two Of Everything”   – ALBUM OF THE WEEK – A-

The Gershwins’ “Porgy and Bess” (Live) – Various Artists – The acclaimed production with Eric Owens and Angel Blue is available to stream on Apple, superbly performed opera, they just simulcast it at movie houses, and it is still at the Met. Very good news they decided to release a recording of the opera – A

Never Dies – Yellow Claw – They broke through in 2013, but the DJ duo have been hit and miss because when they hit they blow your ears off. Not here, however – C+

Untrapped – Yo Gotti – Yo Gotti is a gangsta of the first order on his first album in three years, a feature packed triumph  and a hit and miss album but when it hits? Megan The Stallion and Lil Uzi Vert on one song, the addictive “Pose,” his former mixtape partney Moneybagg Yo on “Weekend,”  the terrific single “H.O.E (Heaven On Earth)” and the always, always welcome Estelle “Untrapped” –  B-+