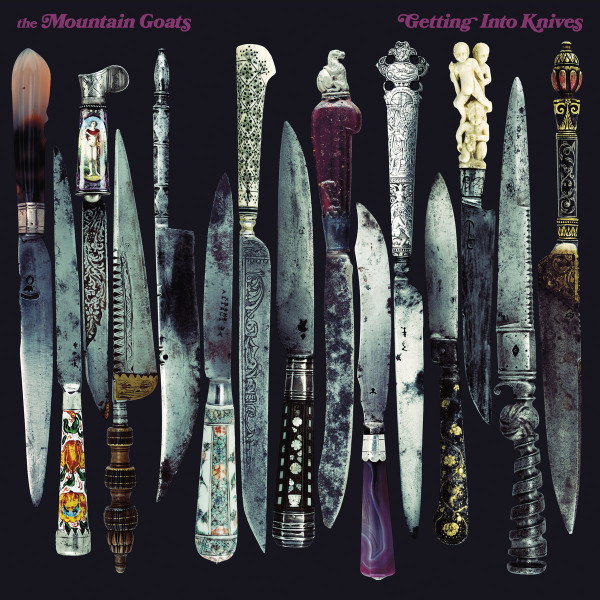 Sin Vergüenza – 116 – Spanish for Unashamed, the Spanish and English hip hop collective or also Christian based and they sound a little weak kneed but certainly better than we had any reason to hope – B

songs – Adrianne Lenker – our best songwriter whether she is solo or with Big Thief with a haunting and beautiful collection of songs, and this is a gift, that sound fragile but aren’t, they have staying power and sturdiness – A-

elated! – Bea Miller – singer songwriter confessional, not up to much but not bad – B-

This is What I Live For – Blue October – In which Justin Furstenfelds coming to peace with depression and anxiety ON  an album featuring his 13 year old daughter, who is at the exact age you need to be to do anything except  roll your eyes and this guy – C-

Cost of Sacrifice – Chamber – They aren’t Code Orange, but the Nashville metalcore band will blow your head off with this raucous, noise, as it seems to move from orchestrated racket “Disassembled/Reassembled” to the all out brain numbing title track – B

Bawskee 4 – Comethazine – the “walk” guys second album of the year is gangstaism with a lot of smarts, try “Derek Jeter” – B

LVV the Real Rondon – Darell – He is a first rate Puerto Rican rapper who completely gets rap beats and uses them over and over again to great effect, on a slow year for Latin Urban, where so much of it seems disappoint compared to 2017-2019 (except for the great Bad Bunny, needless to add), this is a youthful and strong use off a very popular format – A-

Sell Sole II – DeJ Loaf – her debut drops 6 years after her breakthrough single (not to mention her debut mixtape) with Sell Sole II, a features filled collection of hip hop inspired, r&b standard bearers and part of the neo-r&b you might hear from SZA or H.E.R. – B+

The Wanderer (40th Anniversary) – Donna Summer – following Bad Girls and On the Radio: Greatest Hits Volumes I & II, in 1980, The Wanderer stalled, this re-issue adds remixes and sounds as good as ever, though no Bad Girls – B+

ANTI-ICON – Ghostemane – if Nine Inch Nails married Travis Scott as rapped by Marilyn Manson this thundering album from Florida is what you would get, a pitch black nightmare – B

Song Machine, Season One: Strange Timez (Deluxe) – Gorillaz – if you gave the time or aggravation you might remove all the schtick and just hear the album, but it still would be a piece of crap – C-

Pixel Bath – Pixel Bath – Jean Dawson – not untypical, rock, pop, and rap mix and match but he saves his dilettantisms with a huge ability to compose songs – B+ Jean Dawson

Changing Your Story – Jekalyn Carr – at its best, this is as exciting as modern Gospel gets, there is a thoroughly thrilling excitement to her testament and a complete joy, at its worse it ain’t bad – B+

Live from Zürich 1985 – Johnny Thunders – from a radio performance, the sound is exactly, the set is typical Johnny Thunders, the pleasures are immeasurable and Rough Trade they’ve got a lot of other stuff from his private collection still to come – B+

Jp4 – Junglepussy – the New York rapper, dance melder aka Shayna McHayle goes from a whisper to a scream on a collection of bangers hosting her strong vocals, it is mostly good and “Where Dem Dollars At” with Juicy J and “Stamina” with (gasp) Gangsta Boo of Three 6 Mafia – B

The Blessing (Live) – Kari Jobe – This CCM woman is completely creepy, she writers singer songwriter love songs to Jesus and the stench of incest is all over em – MUST TO AVOID (BY ANY MEANS NECCESSARY) – F

Bad Hair (Original Motion Picture Soundtrack) – Kris Bowers, Kelly Rowland, Justin Simien – the move is a horror comedy, the songs are closer to old-school r&b except for the overuse of 808s – B-

Long Time Passing: Kronos Quartet and Friends Celebrate Pete Seeger – Kronos Quartet – Good to celebrate Pete Seeger by the string quartet, and while Zoe Mulford wrote “When The President Sang Amazing Grace” about the 2015 racist attack that claimed nine lives at the Emmanuel AME Church in Charleston, SC (and Joan Baez has the take you know), it is on here as well – B+

On My Own – Lera Lynn – The Americana singer songwriter broke through with songs in “True Detective in 2015, five years later she’s a drag – C+

What You See Ain’t Always What You Get (Deluxe Edition) – Luke Combs – adds eight songs, all great, by the best songwriter in modern country – A-

Music Is The Weapon – Major Lazer – a mix of dancehall and EDM song based, and just about is indifferent as you’d expect from these always meg guys – C+

Moral Panic – Nothing But Thieves -they come from Essex, if you couldn’t tell, and this is better than I expected post-punk rock songs, with quite remarkably finesse and skills – B

NCT RESONANCE Pt. 1 – The 2nd Album – NCT – The 23 member boys band, reconnect and connect into smaller subgroups, but one this is certain about this K-Oio plus rap, dance, etc… t is better than BTS – B

MTV Unplugged – Pearl Jam – Pearl Jam dropped a real old (actually 30 year old) with Eddie overemoting on songs from Ten and “State Of Love And Trust” and to be fair, it sounds better than it sounds as though it does B

10: 22 – Rafa Pabön – the Puerto Rican rapper has beats that suggest salsa and a sound that s very Bad Bunny vocally but emotionally astute and unique – B

Just Dropped In (To See What Condition My Rendition Was In) – Sharon Jones & The Dap-Kings – I feel the loss of Sharon King more today than when she died (another musician I didn’t get till I saw her on stage) and on this ace collection of covers putting an r&b spin to stuff like “This Land Is Your Land,” with the best pun title known to man is all excellent and “Signed, Sealed, Delivered” at the top of the set at the top of the world  -B+

Year Zero – Tchami – the French DJ is a master in a genre, the original song dance track with vocals, that has not done well lately, this is as good as the genre gets with an ear for beats and bass that are simply first rate on the songs that are… OK – B+

Tabasco & Sweet Tea – The Cadillac Three – hard rock rockabilly band, they do it well if a little genetic – B-

Getting Into Knives – The Mountain Goats – Not unlike Stephin Merritt, John Darnielle. writes songs in quotation marks, by which I mean he writes songs that are about things that they are once removed from, he is a story teller that can’t help but feel deeply ironic, that weakens his songs despite the prolific songwriter not being ironic at all. Till now, Getting Into Knives has better songs not because John embraces his songs more toughly but because his never questioned songwriting skills have reached a height where nothing can get between us and him. And, oddly, the only two songs that aren’t, are also his most sincere – ALBUM OF THE WEEK – A-

The Amanda Tape – THEY. – neo-R&B, well executed though a touch anemic – B-

Featuring Ty Dolla $ign – Ty Dolla $ign – Ty is so prolific that even a stint in jail for cocaine possession couldn’t stop him, this is his second album this year, though despite two Kanye West features, as well as first tier drop ins like Nicki Minaj, Future, and Post Malone, only the one with FKA Twigs is great, everything else is alright but the man is better on other people’s track – B-

Stiv: No Compromise No Regrets – Various Artists – a remembrance of all my old roomie (we lived in the same hotel in 1979) and he was better as a sum of his various parts than taken one by one, just one song with the Dead Boys and plenty of other ace material (no Lords Of The New Church??). Apparently it is part of a documentary I am now going in search of… – B+

Remote – Wallows – sophomore effort by a very superior LA indie pop band, they supported Vampire Weekend and while it isn’t easy to her why, they don’t have the Paul Simon vibe of early Vampire Weekend, for absolutely certain they have the art pop which isn’t art pop vibe on a first rate EP that will have you doubling back on their debut – B+