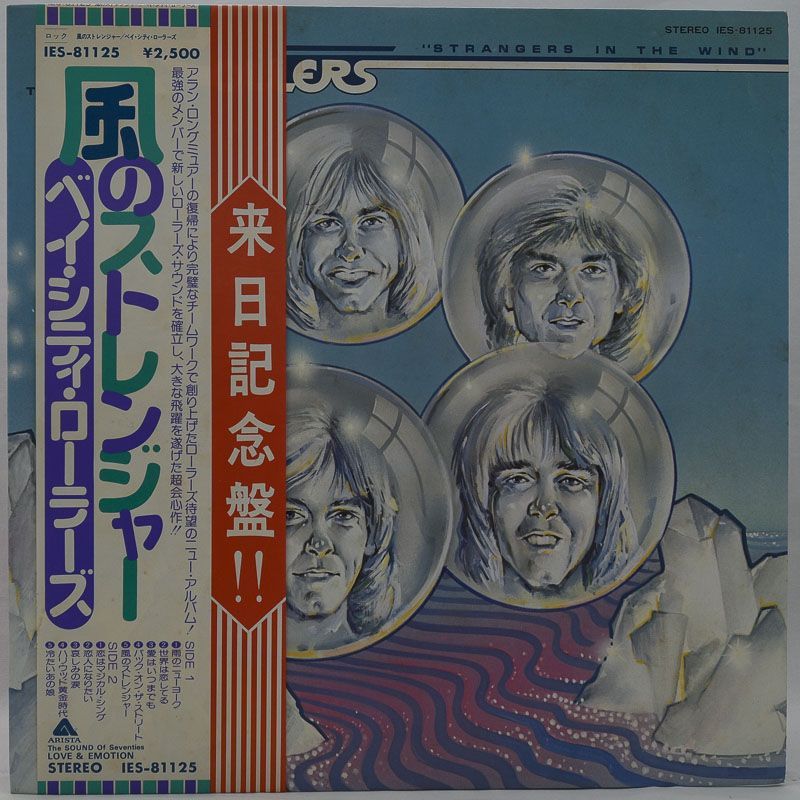 1978 was one of the best years ever for the albu, 1978 was  the highlight of pop as art and the list of albums was amazing, between r&b and post-punk, Bruce’s Darkness On The Edge Of Town, Public Image, The Jam, X-Ray Specs…. we got One Nation Under A Groove,  and, er, Air supply, it was the year you most wanted to be alive. Today, we have far more music, but far less earth shattering importance. If, like me, you believe the 1970s were the best decade for pop music, here are reasons and why.

As for Bay City Rollers, Clive Davis was still mismanaging BCR. Between the The Krofft Superstar Hour and the disastrous sixth album Strangers In The Wind, they were done for. It only charted in one country (anyone, anyone? Yes, Japan) and the Saturday morning cartoon lasted one season. The problem is, Arista were pushing two distinct concepts of the boys. In the one, producer Harry Maslin tried to shake his magic dust on the five men (after a two year hiatus, Alan Muir had returned on rhythm guitar) and couldn’t replicate Air Supply, and on the other they were cartoon stick figures for an audience who was no longer there or at least if they were were not being catered to.

The yacht rock spectacular should have hit, given mainstream tastes the only reason I can think of it  not doing was because people couldn’t figure out what the band were. Teen idols, Beatles wannabes, mainstream popsters, top ten mavens: they couldn’t be all of it. That’s why the album’ failed to click, it has a similar DNA to Juice Newton’s (three years later “Angel In The Morning” – well produced pop fodder, a promise of anthem with an invite to twenty somethings.

BCR have a bit of everything here but they all add up to mainstream hitters, the harmonies decompressed and Les as a still young popster, did the job and still, if your very reason for being a BCR is sales it is a nightmare when the sales don’t happen. “Love Brought Me Such a Magical Thing” could have been huge, and two songs by Iain Sutherland (of soft rock legends Sutherland Brothers And Quiver) might have saved it and didn’t.

i just don’t see why, no it wasn’t the BCR we knew, yet its aim was straight for the charts, with the smooth, tuneful sound so popular. Sure, “Shoorah Shoorah for Hollywood” is the worst song Eric and Woody ever wrote, and so what? There is lots of sweet nothing for potential hausfraus, and how bad can an album that kicks off with “Another Rainy Day In New York City” be, precisely? Sure, it’s aim missed and sure, played next to This Year’s Model you have to wonder, and yet it is a strong attempt to save the band that didn’t because people massively failed to fit them anywhere.

It was the end of part one, of course.