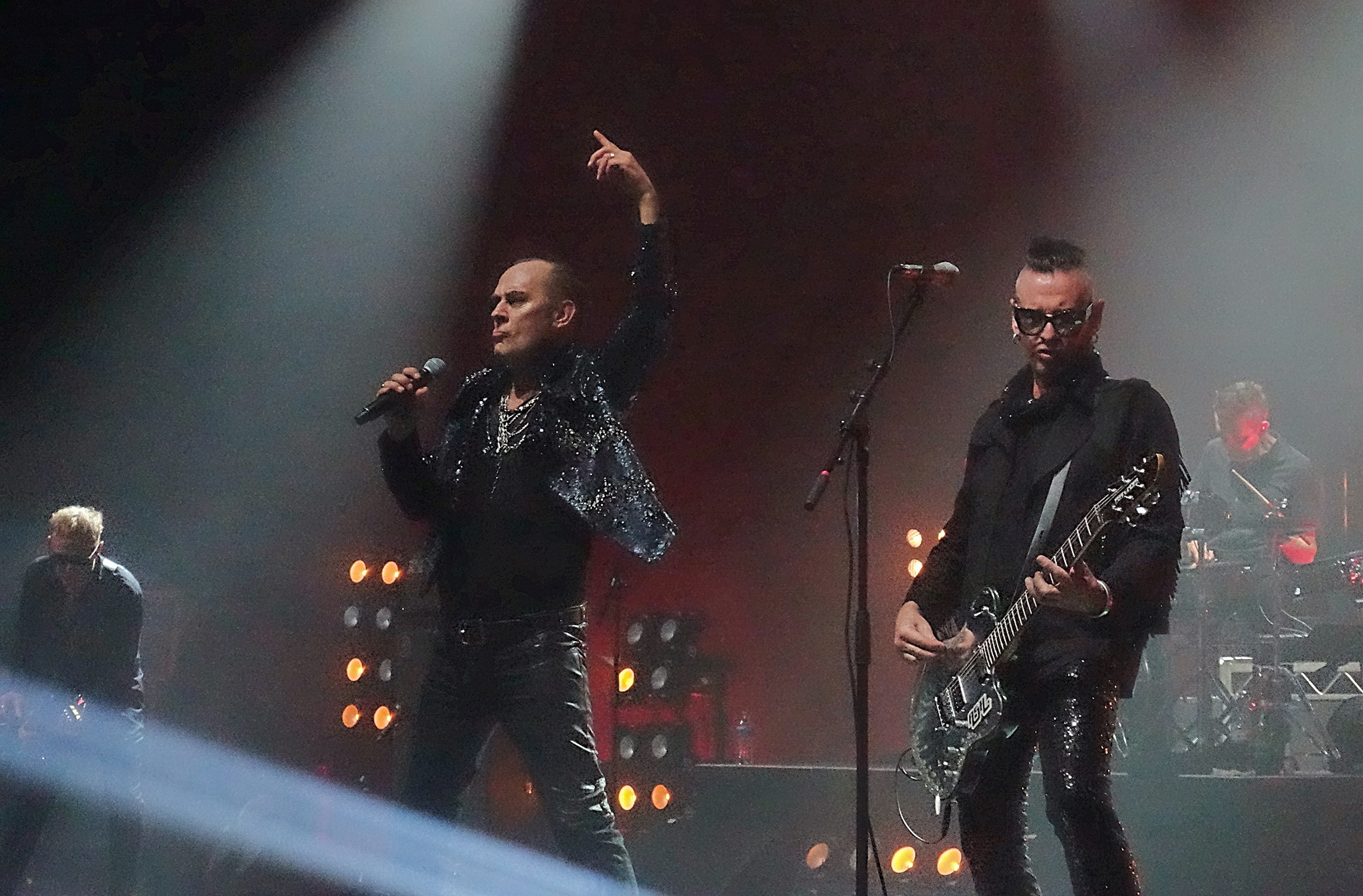 The first show of the Bauhaus reunion at the Hollywood Palladium was certainly a big deal, probably even more than I had anticipated… But I should have known better, this Sunday night show was the first gig of the famous UK band in 13 years, so fans had started to line up in front of the Palladium as early as 10 a.m.

Since they break-up in 1983, there have been several reunion tours, in 1998 and then again from 2005 to 2008, so what was so special about this 2019 reunion? It was a big event probably because the quartet was celebrating a milestone – their first studio album ‘In the Flat Field’ was released almost 40 years ago – because frontman Peter Murphy had just a brush with death just two months ago, and finally because half of the people around me were not even born when Bauhaus was still a band… It may have been nostalgia for the oldest ones, but these thirty-something were here for another reason, certainly chasing a goth myth, with a strong desire to be part of history.

I was not even thinking about this when I casually got in line in front of the Palladium, but I soon started to see plenty of gothic outfits around me, black studded jackets, high platform boots, ripped fishnet tights and black nail polish everywhere, somewhat blending with the punk crowd I am used to, but looking darker than usual. And if the band I saw on stage a few hours later wasn’t outrageously dressed, what actually makes Bauhaus so gothic in everyone’s mind? Why are they still regarded as the pioneer of the movement when Bauhaus frontman Peter Murphy has always rejected his culture-given title of the godfather of Goth or a real identification with the goth culture? Almost nobody out there seemed to have taken note.

I was certainly not listening to goth music in the ‘80s, I am not even very knowledgeable about Bauhaus’ music, but I wanted to be part of this experience despite the choice of the venue, as the Palladium can be a total disaster if you are not standing in the front.

Automatic, a band which had a month residency at the Echo last August – and I managed to see them twice – opened the show with a rather minimalist approach and a mechanical precision. Drummer Lola Dumpe is Kevin Haskins’ daughter, and this made the show first look like a perfect family affair, completed by Izzy Glaudini’s synth and Halle Saxon Gaines’ basslines. At the image of their recent residency, their set was finding inspiration in krautrock and new wave while delivering a few hooky tunes.

Bauhaus’ original lineup with Daniel Ash on guitar, Kevin Haskins on drums, David J on bass and Peter Murphy on vocals took the stage with an industrial din and a crowd constantly cheering, as they launched their set with a John Cale cover. Murphy’s vocals were as cavernous and horror-movie-like as I had imagined while Ash’s guitar was doing these acrobatic dissonances in stridentland. The next songs (3 cuts from their album ‘In the Flat Field’) were partly raising hell, partly doom theater, with a restless Murphy raging about the lack of ‘dare’ in this world…’ I dare you to despise/Bureaucracy and all its lies’ he roared while looking at the ceiling. With his black jacket, shiny jewelry, and a fancy cane in one hand, he looked like a 19th century novel character, some menacing count behaving like Iggy Pop at times, while always keeping his clothes on, and, interestingly, they covered Iggy Pop during the encore (‘Sister Midnight’) followed a series of ’70s classics. Sometimes, the music almost did not make any sense anymore, it sounded like some dense chaos haunted by Ash’s mad distortions working like the grating doors of a castle, paced by Murphy and his brooding mood.

At ‘In Fear of Fear’, Ash switched to saxophone, playing again on the discordant side, and for a while, they played their oldest material with songs from their 2 first albums ‘In The Flat Field’ and ‘Mask’, then visited more recent songs. With its ‘Night-Clubbing’ start, ‘Swing the Heartache’ had a funeral-like development and a macabre ambiance, and it was immediately followed by the two Bauhaus songs that everyone truly knows, ‘She’s in Parties’, ‘Bela Lugosi’s Dead’, separated by a dub interlude and Murphy’s melodica solo. ‘Bela Lugosi’s Dead’ was gloriously delivered with Ash’s squeaky and anxious guitar treatments, David J’s lugubrious basslines, Haskins’ metallic-cricket-like percussion, and Murphy’s agonizing howl, soon echoed by the crowd.

There were more mellotron, plenty of menacing distortion, and Murphy evolving in plain weirdness, with his face suddenly being the brightest thing on stage, at the exact spot where two rays of light were crossing each other.

They left the stage after an all-fired-up and radical ‘Dark Entries’ and came back mostly for covers after a stripped-down version of ‘The Three Shadows Pt. II’ with just Murphy and Ash on stage.. ‘Sister Midnight’ was completely fitting Murphy’s cavernous baritone, and while I didn’t recognize the T Rex cover at first, it was impossible to miss ‘Ziggy Stardust’ and the familiar guitar riffs.

The bleakness of the music often turned into comical scenes, with Murphy’s sounding like a demon during ‘Stigmata Martyr while holding his mic stand as the Christ held his cross, or grasping a small crown above his head. With their series of gloom and doom, Bauhaus had nothing to prove, and they certainly didn’t want to demonstrate they were indeed these goth icons everyone was ready to see. Instead, they delivered an epic hour and half of pure Bauhaus, raging and avoiding the stereotypes. With barely a hit song, they sounded very much like the influential band they are, letting their legend live in front of a crowd in complete awe. 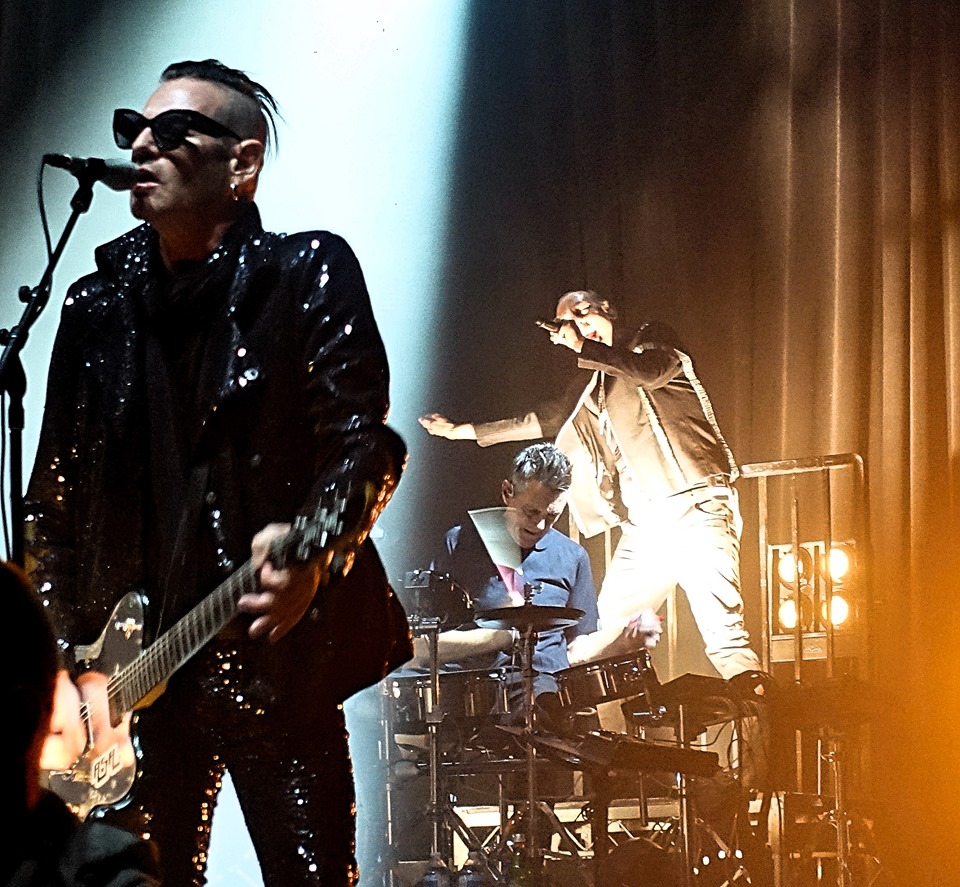 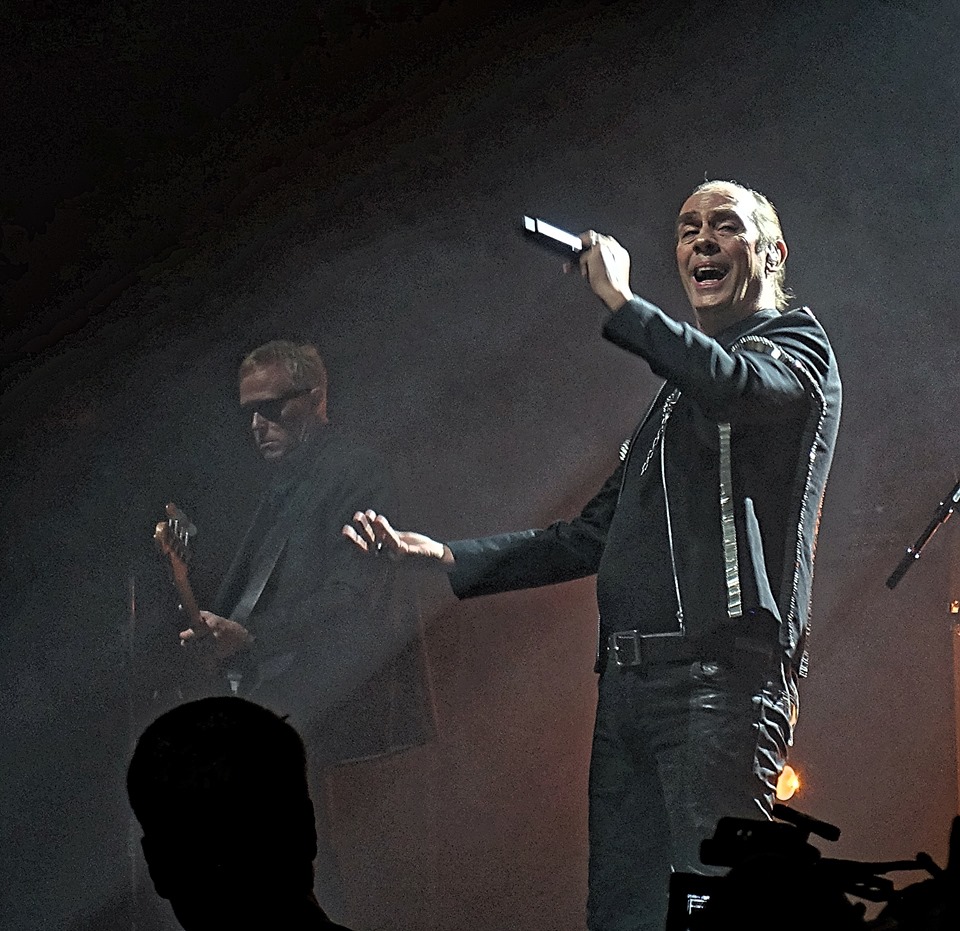 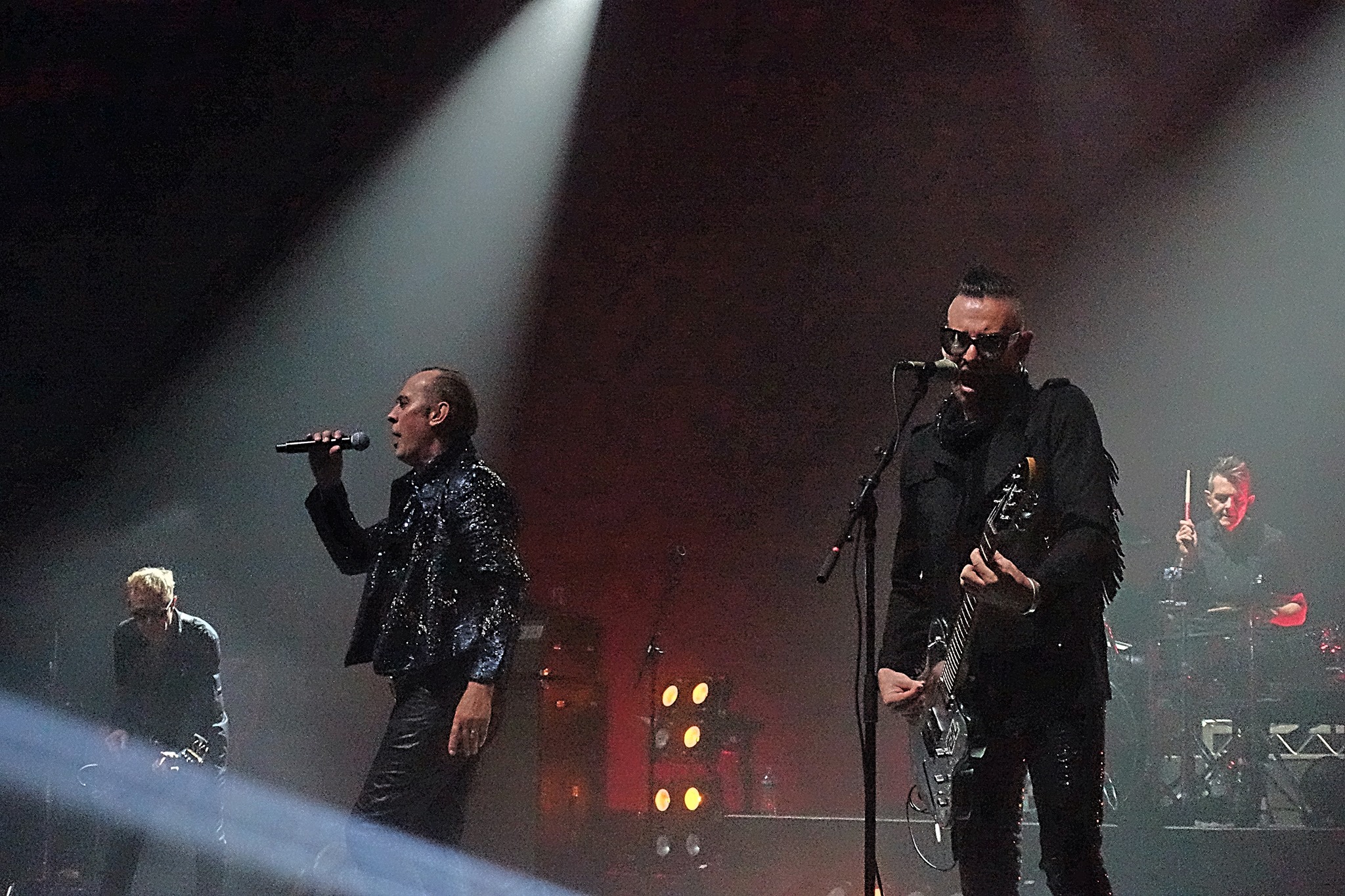 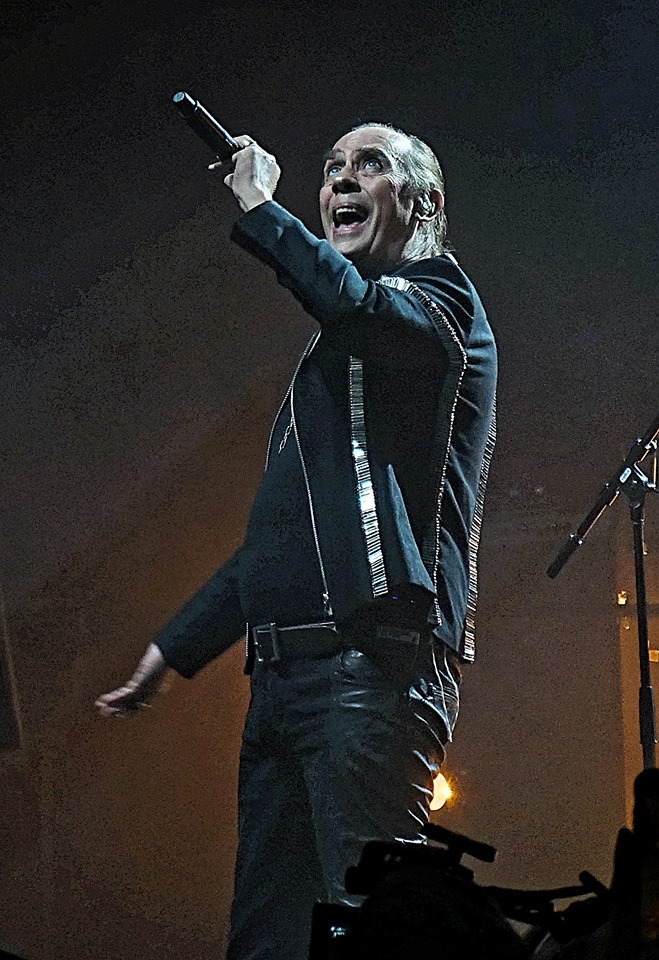 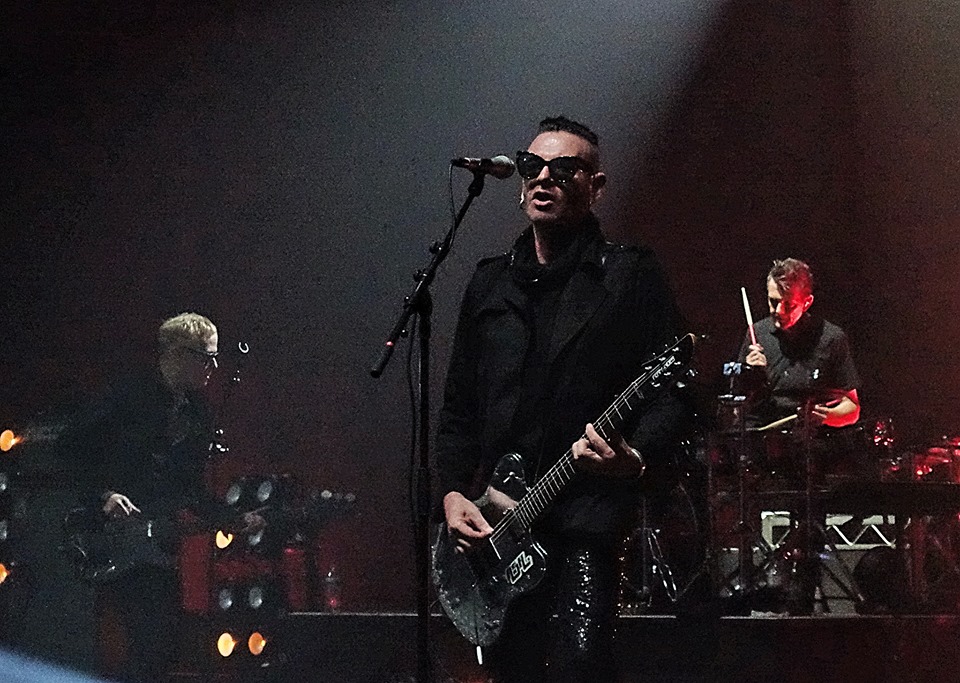 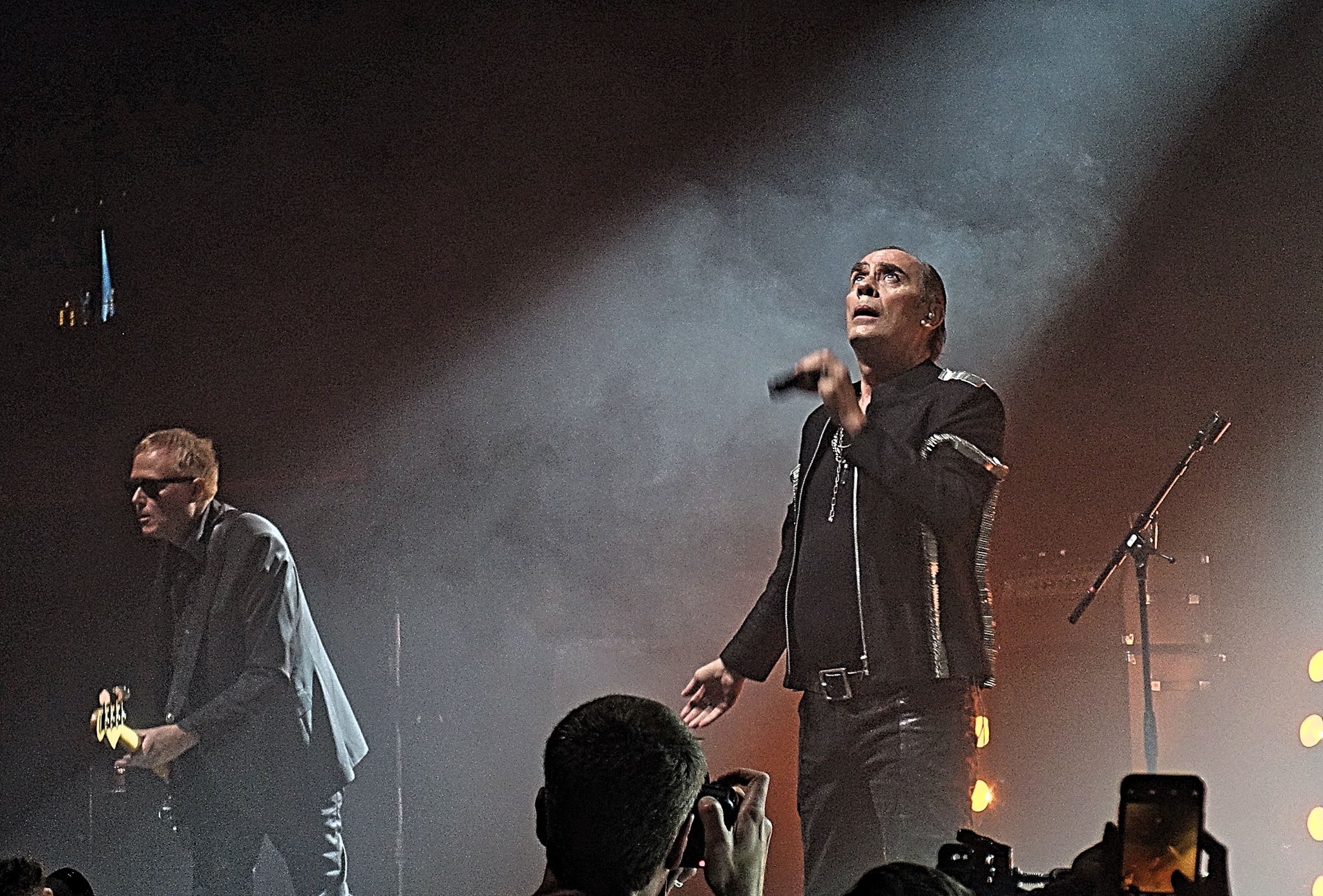 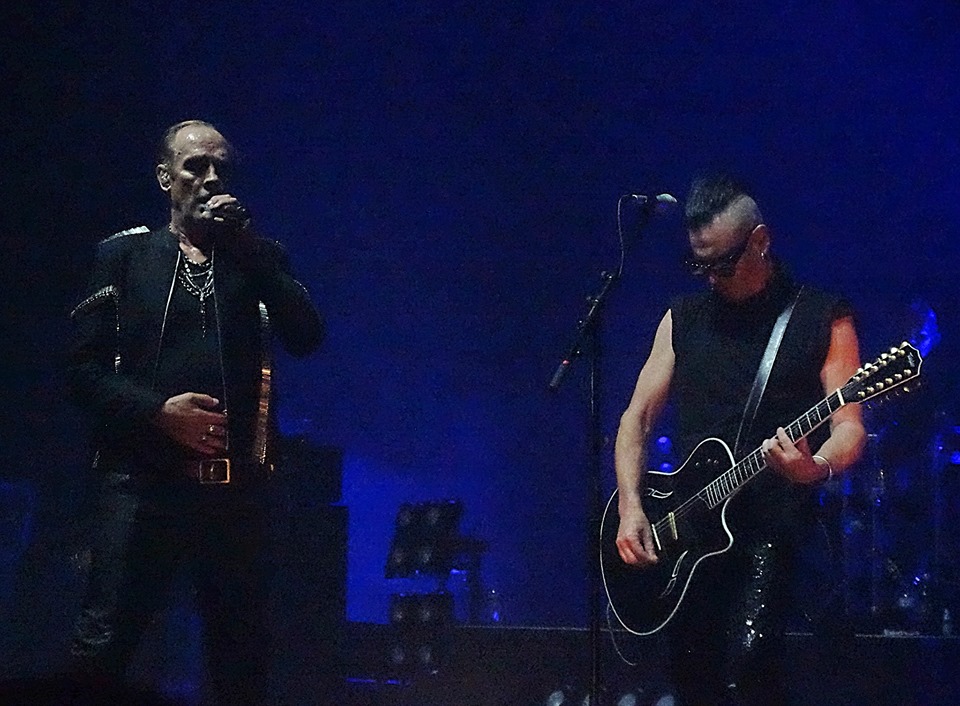 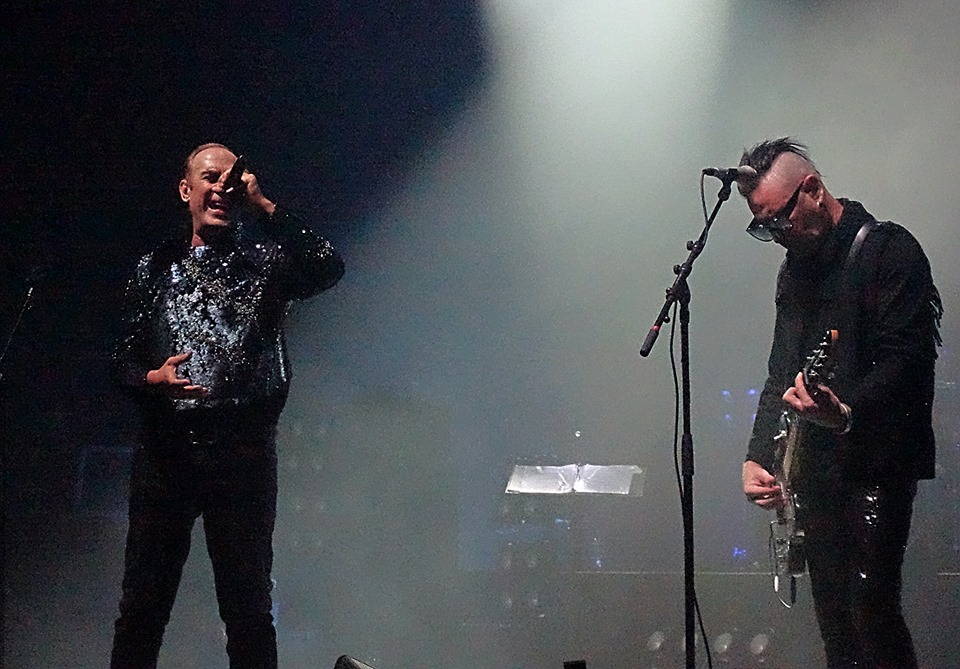 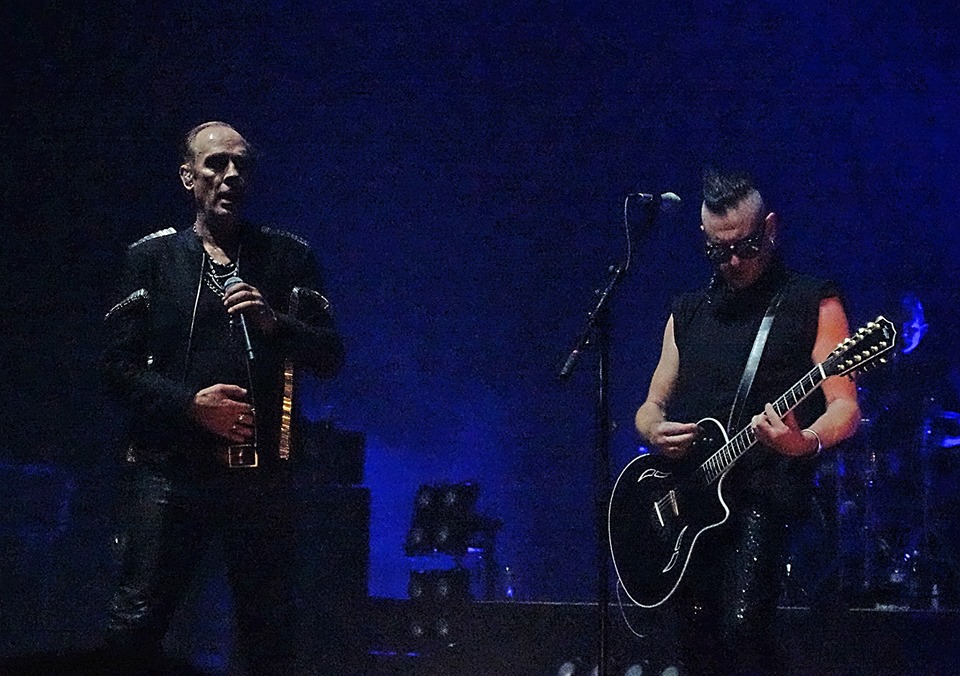 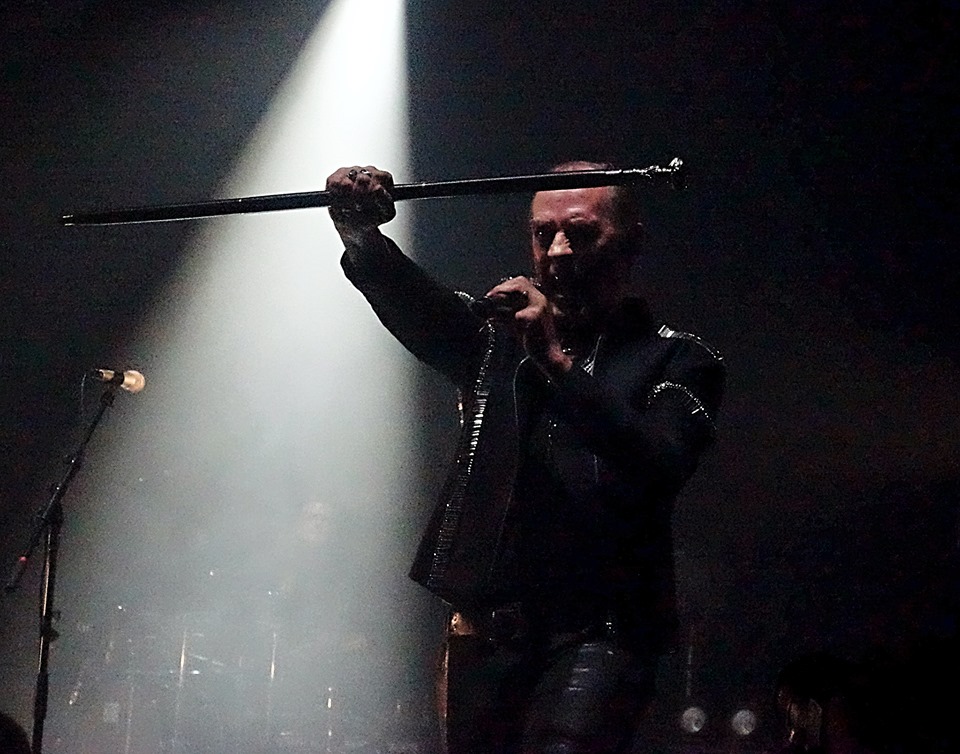 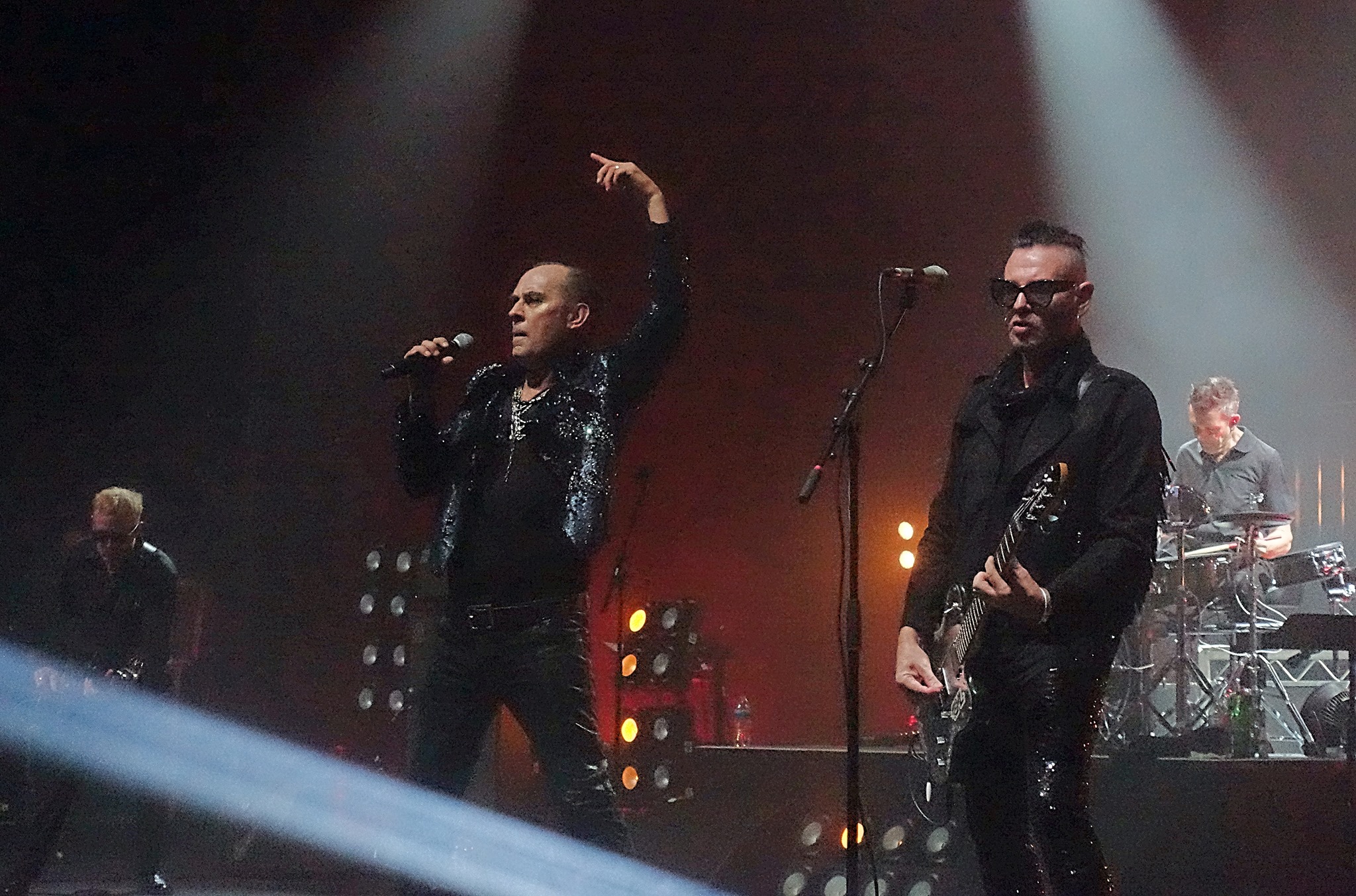 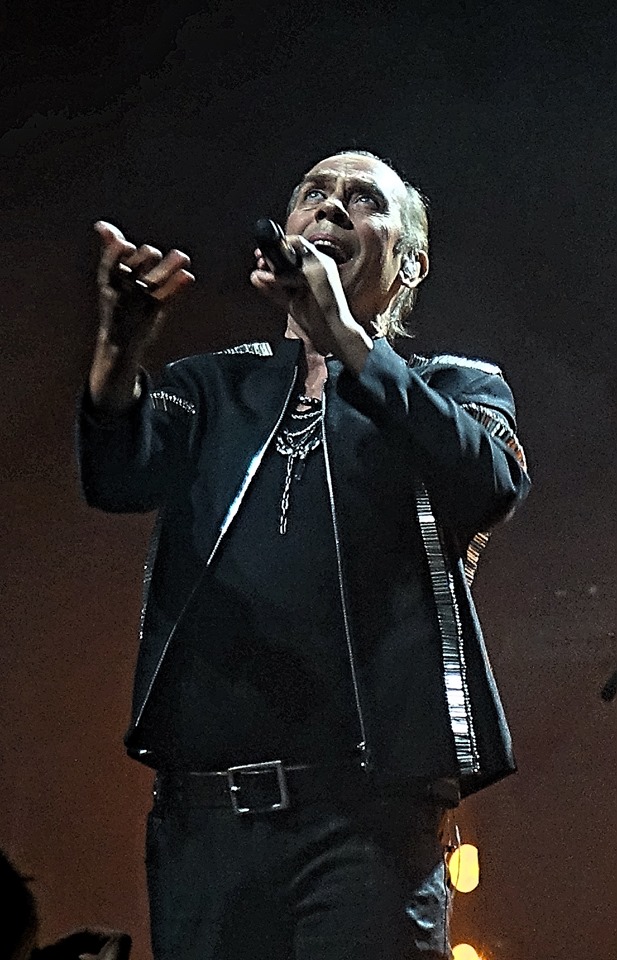 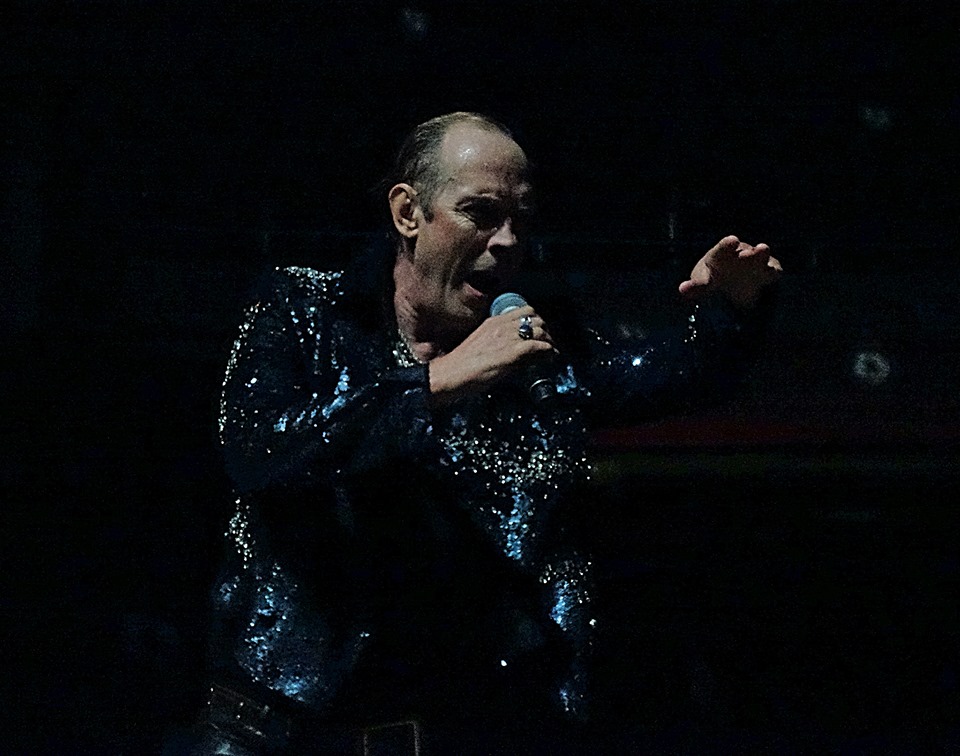 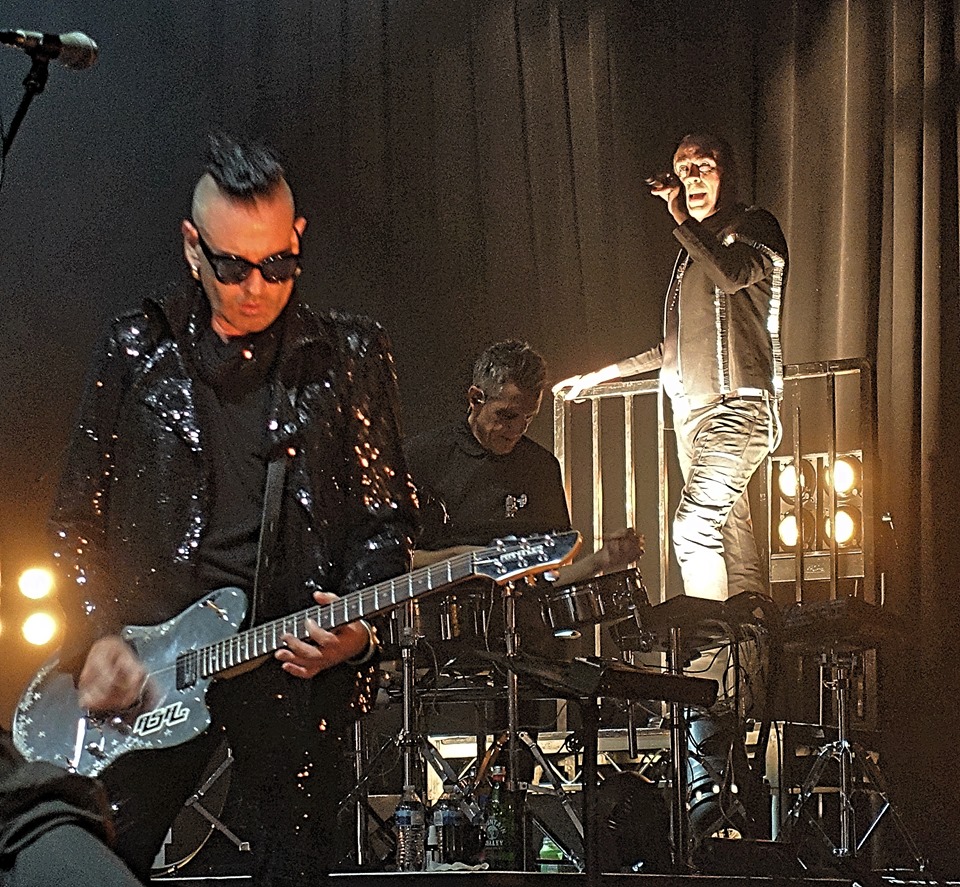 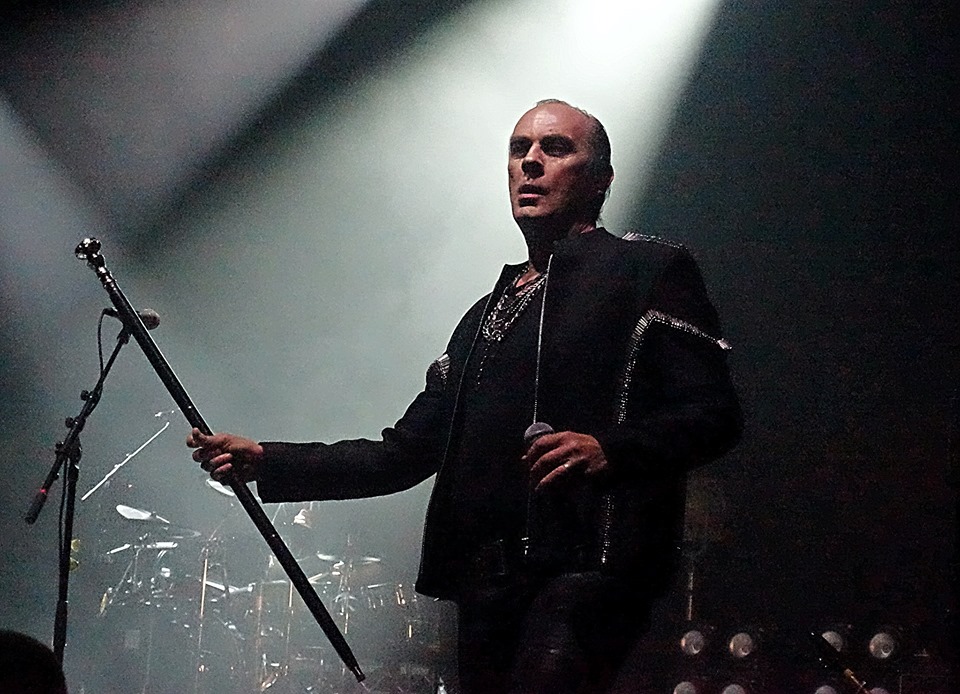 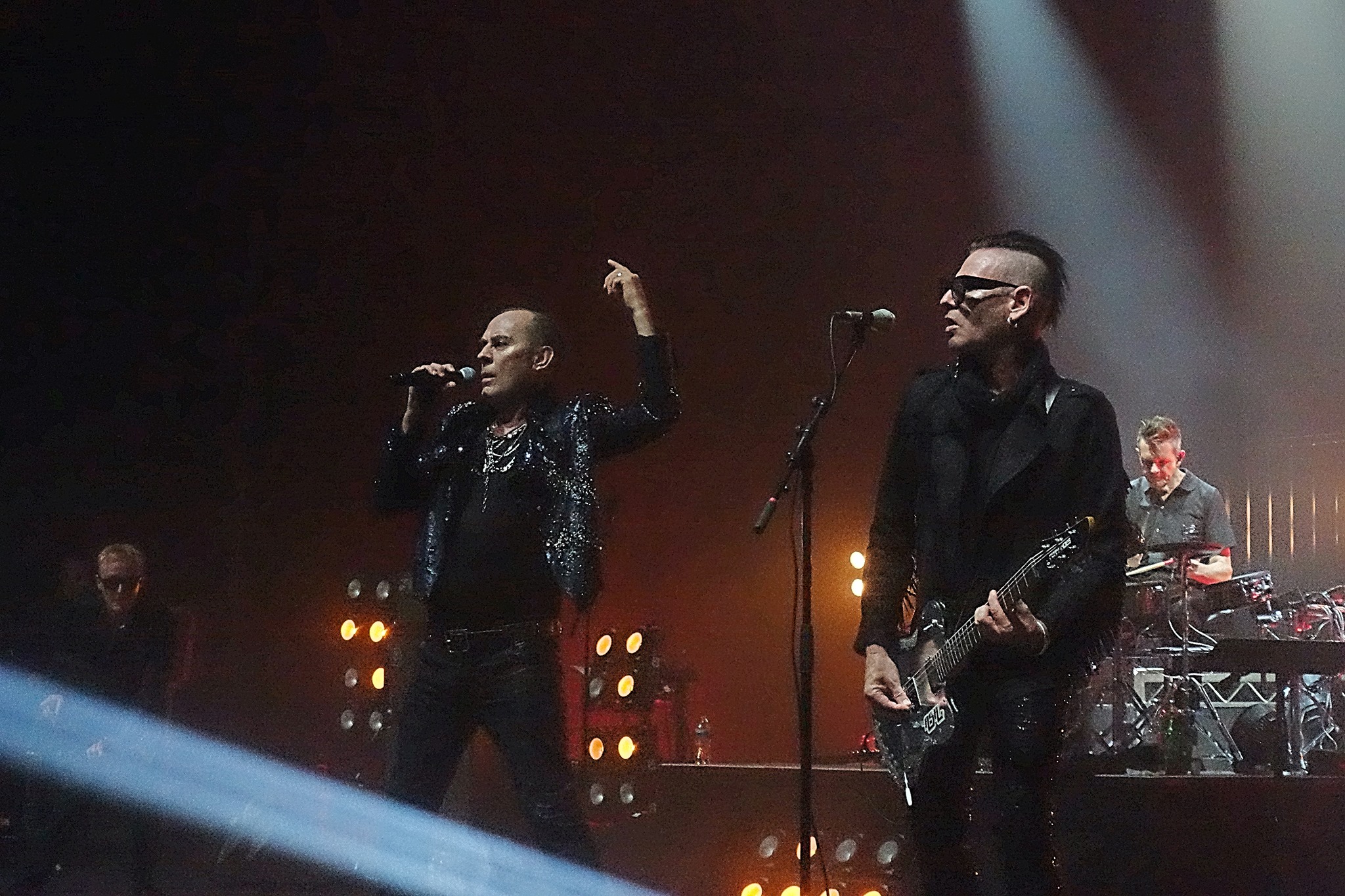 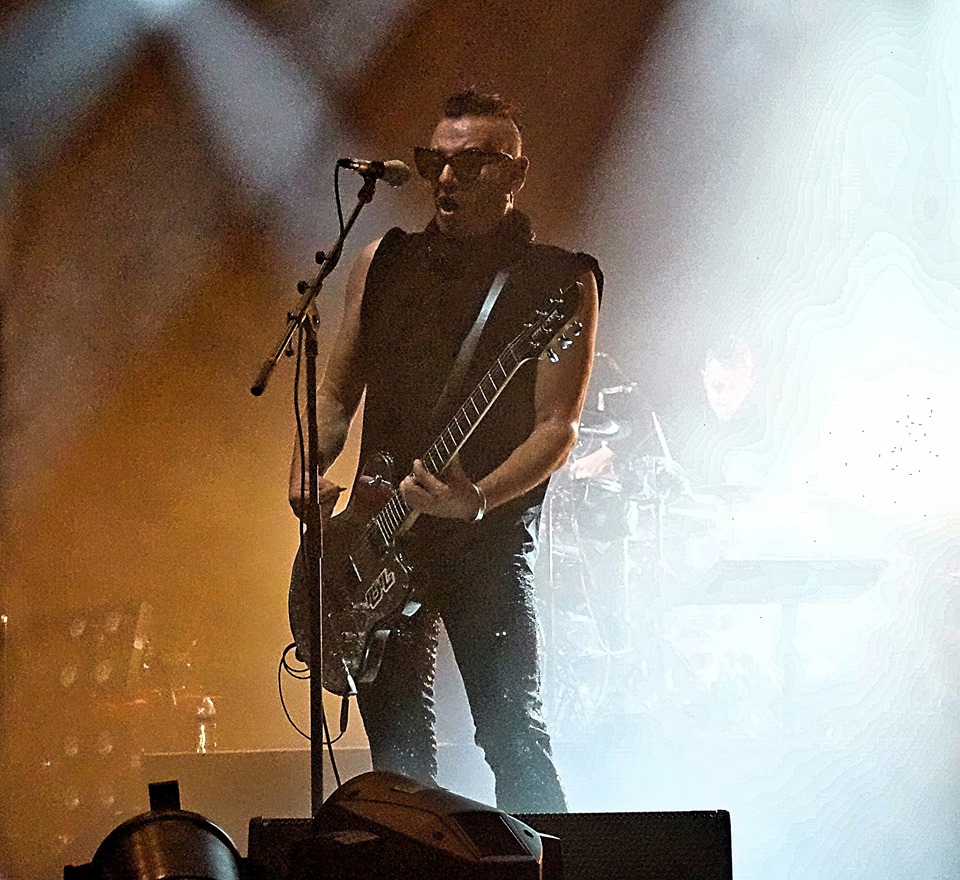 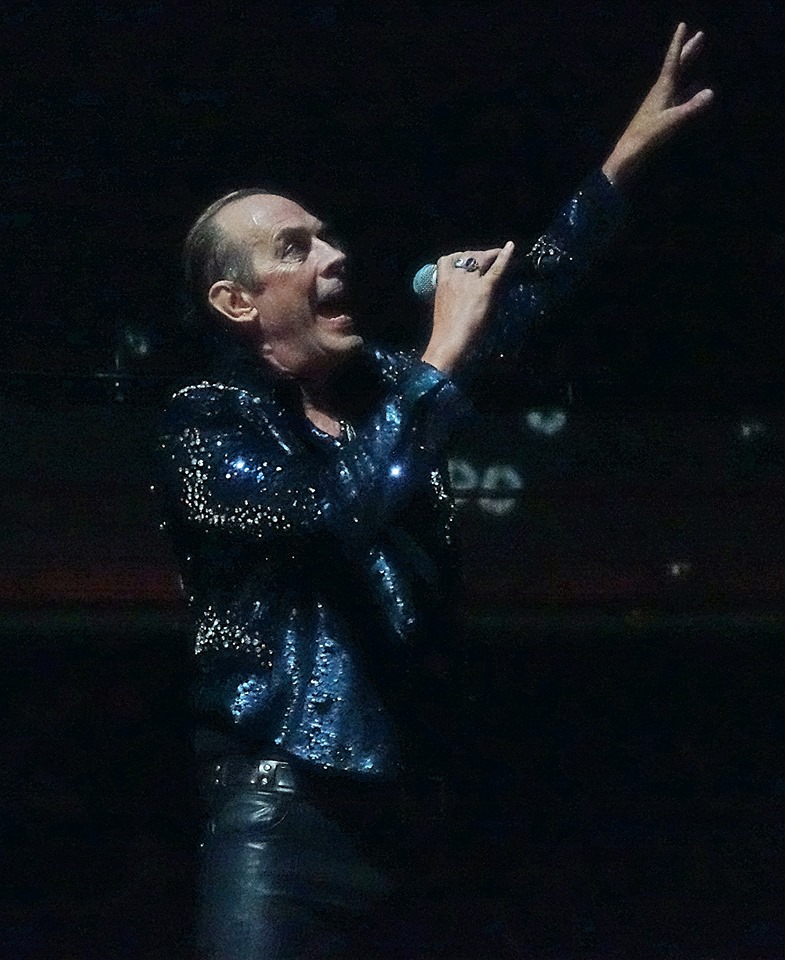 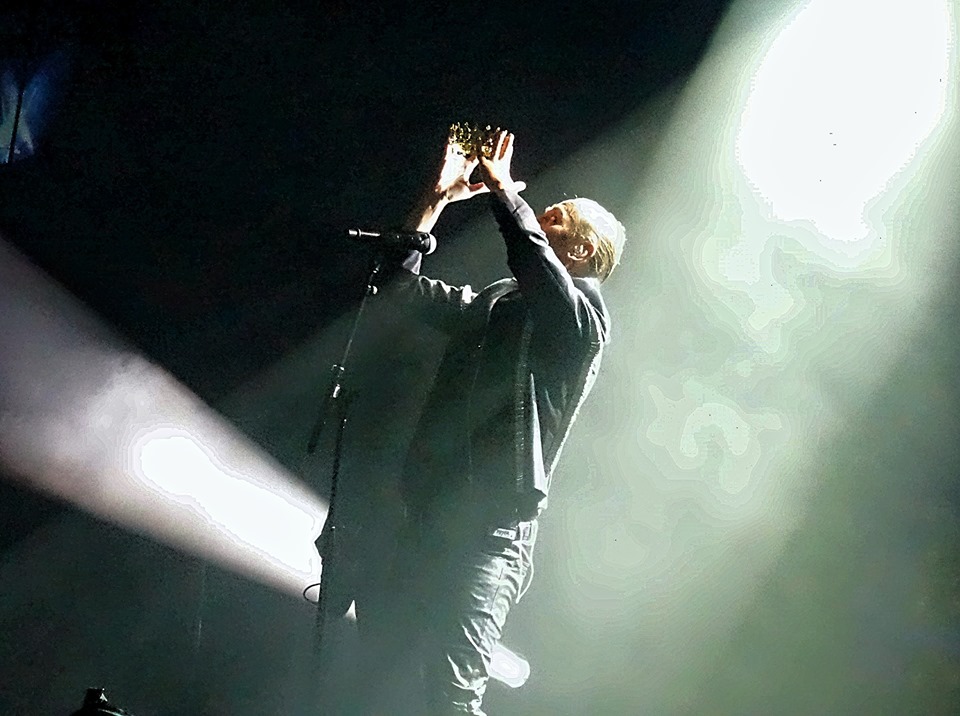 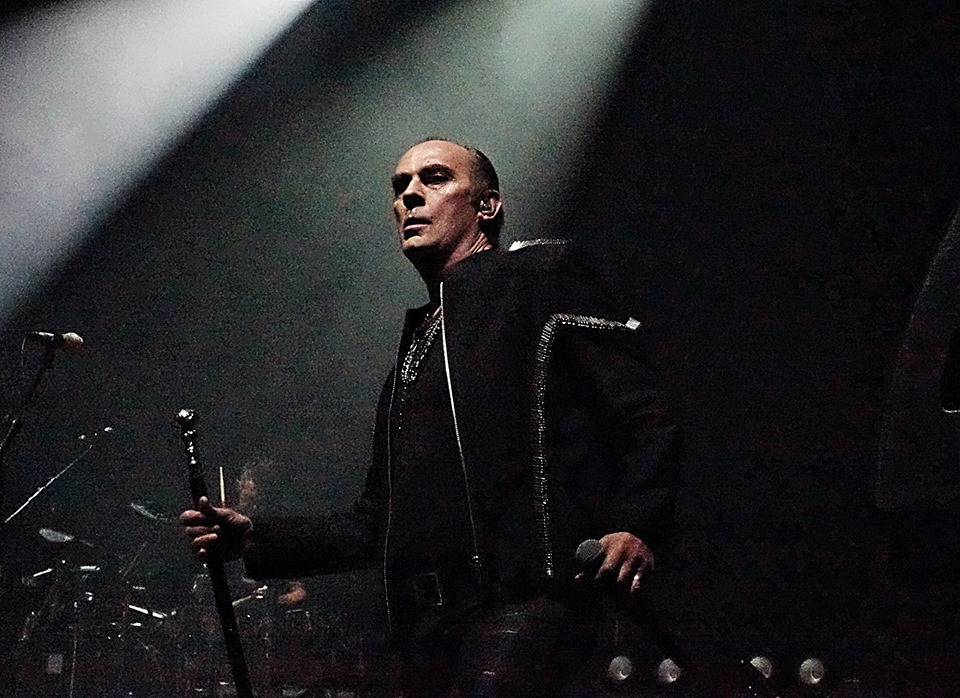 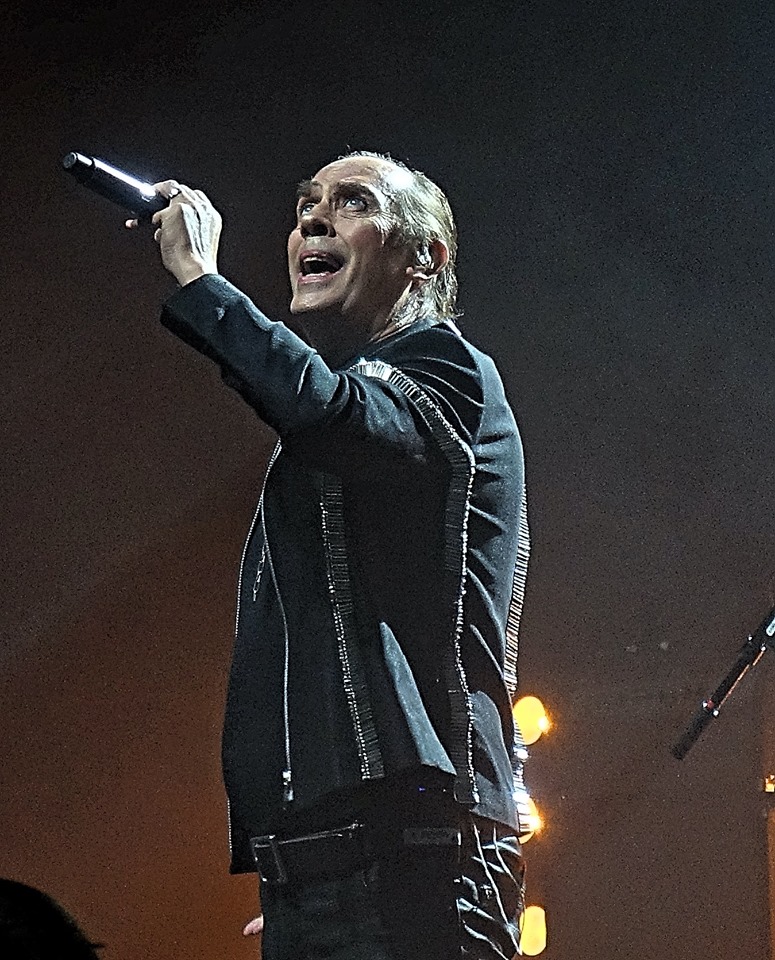