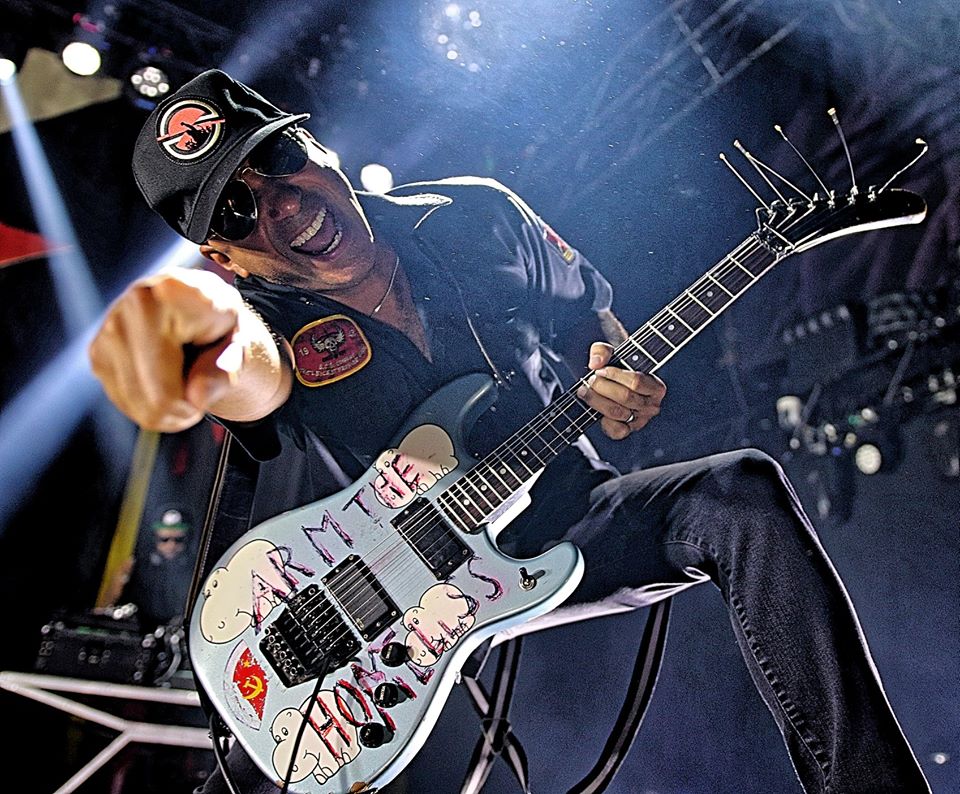 Rage Against The Machine’s Tom Morello

Everyone has been affected by the current events, the coronavirus world crisis, followed by the uprising of the entire country, then the world, and, in the music business, there are bands which have been more affected than others. And I was even planning to see some of them in 2020!

Bright Eyes: The beloved indie band had a 9-year hiatus and picked the wrong year for a comeback! They have been releasing new music (a series of new singles) in 2020, with a new album (with a released date still to be determined). They had an upcoming tour, but we all know how this ended. Never mind, the album will come out at one point, and they still can celebrate the 20th anniversary of ‘Fevers and Mirrors’, and the 15th anniversary of ‘I’m Wide Awake It’s Morning and Digital Ash in a Digital Urn.’ I am just sad the Los Angeles concerts have been canceled and not postponed.

Orville Peck: His career has been on an upswing since the release of his album ‘Pony’ last year, and I have honestly rarely seen someone gaining so many fans in such a short amount of time. I had a ticket to see him in a theater near Los Angeles, and a promise from a PR for a photo pass at his performance at Pappy & Harriet’s with Tanya Tucker… Too good to be true? It probably was! Of course, Covid-19 canceled all of the above, but hopefully, his tour will be rescheduled at one point? In this case, it was not a comeback, just a newcomer…

Rage Against the Machine: Another band who picked 2020 for a comeback after an 8-year hiatus. The world tour was canceled but hopefully will be happening in 2021. Their appearance at Coachella is still officially on, as the Indio festival has been rescheduled for October and not been canceled (yet) but what are the chances that this will take place? In any case, Tom Morello has obviously been extremely vocal regarding the current events of Black Lives Matter, as each RATM’s song could be the soundtrack of the protests.

Hella Mega Tour – Green Day, Fall Out Boy, Weezer: Although I had no intention to attend this mega ‘90s fest (unless someone was willing to give me a free ticket), this was also supposed to happen in 2020, at the gigantic Dodger Stadium in Los Angeles. Each band had been working on new material and had decided to join forces for this mega world tour, which didn’t happen in 2020. We’ll see if they will reschedule next year.

My Chemical Romance: After announcing their first reunion show in October 2019, they also confirmed they would be committing to a full reunion tour in 2020, which was once again postponed for 2021. Plenty of fall shows haven’t yet been canceled so we shall see… but that was another missed comeback.

The Strokes: These other indie darlings hadn’t released an album since 2013, but a few months ago, they released their first studio album in seven years, ‘The New Abnormal,’ and performed at a rally for presidential candidate Bernie Sanders in February… This may have been their last show of the year, who knows? They had a show scheduled at the Inglewood Forum in May, which has been postponed like the rest of many other shows.

2020 was supposed to be a very rocking year, with many bands of the ‘90s and ‘00s reuniting and doing world tours… This didn’t happen, this has been a strange year, it has been the year the music was canceled. You could say that some bands picked the wrong year for their comeback. However, it has been so far a hell of a year, with maybe much more important things happening.