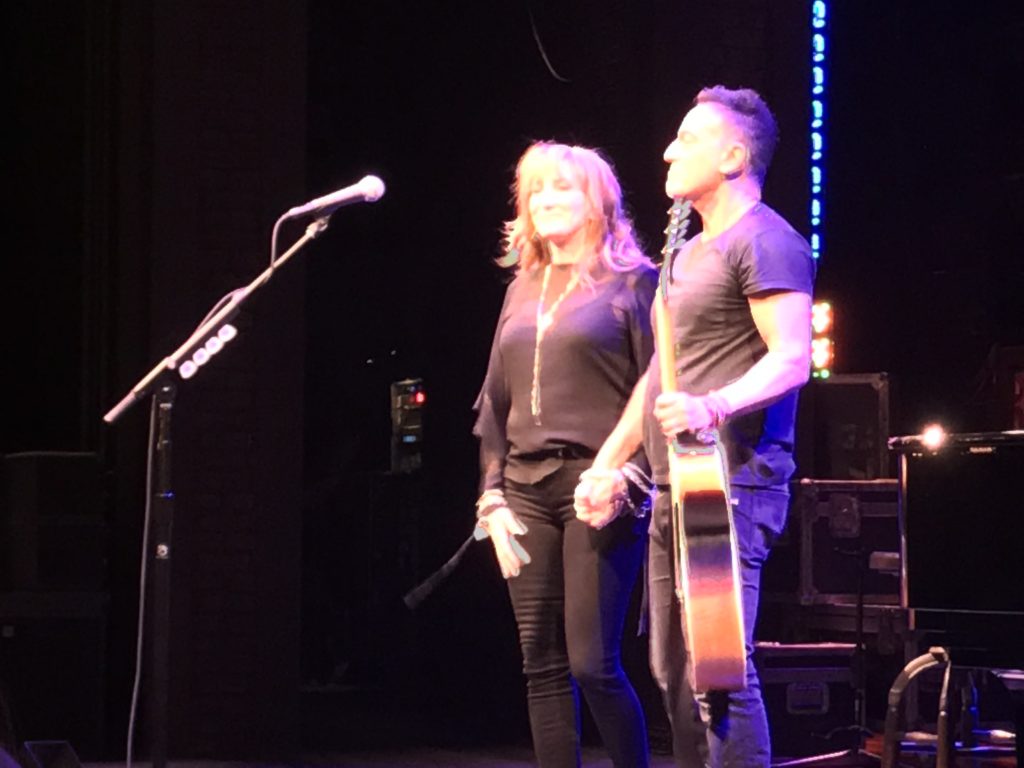 After a year and a half without concerts, we quietly dip ourselves back into rocknyc’s life blood: live shows. In a typical year, say 2016, I’d average three concerts a week and Alyson, wow, probably five! True, I slowed down in 2019, maybe I’d average out at two a week, though Alyson remained as prolific as ever.

For me, less to do with the pandemic for sure and more to do with the horror that is growing old and being bankrupt, but as concerts start up again I don’t find myself rushing out to buy tickets.  At 64 years of age, I just don’t have the energy and have passed on Foo Fighters (I know I’m not a fan, here is my review of their 2015 gig and it was actually, relatively positive with a C+) though passed on is a synonym for won’t pay $400 for a nosebleed from seatgeek.

But MSG is a place I will return to.

So far this year, I’ve been to the Yanks, the Knicks playoff, and a DTing John Mulaney at the new City Winery

My first concert will be Springsteen On Broadway – my second time when I wasn’t crazy for it the first time, I gave it a “B+” and given my degree of fanaticism that is almost a negative (here), however my niece had a rough pandemic and I know she was disappointed to miss it last time around so…. June 30th.

Some more on my dance card:

Rage Against The Machine

So far I’ve passed on everyone from St. Vincent to Billie Eilish…

So…. I’m not spending the rest of my life not going to concerts, but this still takes me as far as the Summer of 2022 so it isn’t as large as you think….

Also: I’m done with some clubs:

Brooklyn Steel – much better than T5 but no mass transit

Brooklyn Made -doesn’t Brooklyn have enough concert halls? How about Astoria Made?

MetLife – if I never see this hellhole again it will be too soon. Nowhere worse to get out. Maybe I’ll make an exception for Taylor Swift (and I have a ticket to Lady Gaga’s Chromatic when they re-schedule), Bruce could get me there as well… but therwise, I don’t see it at all.