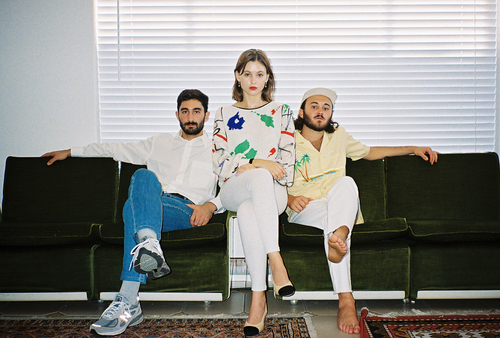 Australia’s  San Cisco are kicking off their upcoming North American tour making stops in Los Angeles, San Francisco, Boston, Philadelphia and more this June. They’ll be performing songs from their latest full-length offering The Watering and their hit single “When I Dream.” More recently, they’ve also released a special acoustic version of fan-favorite “About You.”

Hailing from Fremantle, Western Australia, the beloved indie four piece was initially whipped up in the wake of high school graduation. They soon found themselves unwittingly defining hipster culture with the video for their breakout hit “Awkward” that now has over 11M views.

“…the song is quintessential San Cisco – a breezy upbeat pop jam with hooks that will dance around your head for days.”

–Music Injection (on “When I Dream”)

Their sophomore album Gracetown, released in 2015, debuted at number two on the ARIA charts and propelled the band to greater heights. This led to world tours, becoming regulars on the Australian festival circuit and numerous accolades including single ‘Too Much Time Together’ placing #49 on Triple J’s Hottest 100. The album showcased a new sound for the band — a more worldly approach to life; exploring the tyranny of love, displacement, homesickness, heartache and heartbreak. It was a strong showcase of their eclectic influences including disco, funk and soul with hip-hop undertones.

2018 saw the band play their biggest tour to date in some of Australia’s most iconic venues as well as the release of ‘When I Dream’ climbing even higher on Triple J’s Hottest 100 at #48. It’s the very first taste of their anticipated next record due for release in 2020.

KEEP UP WITH SAN CISCO: