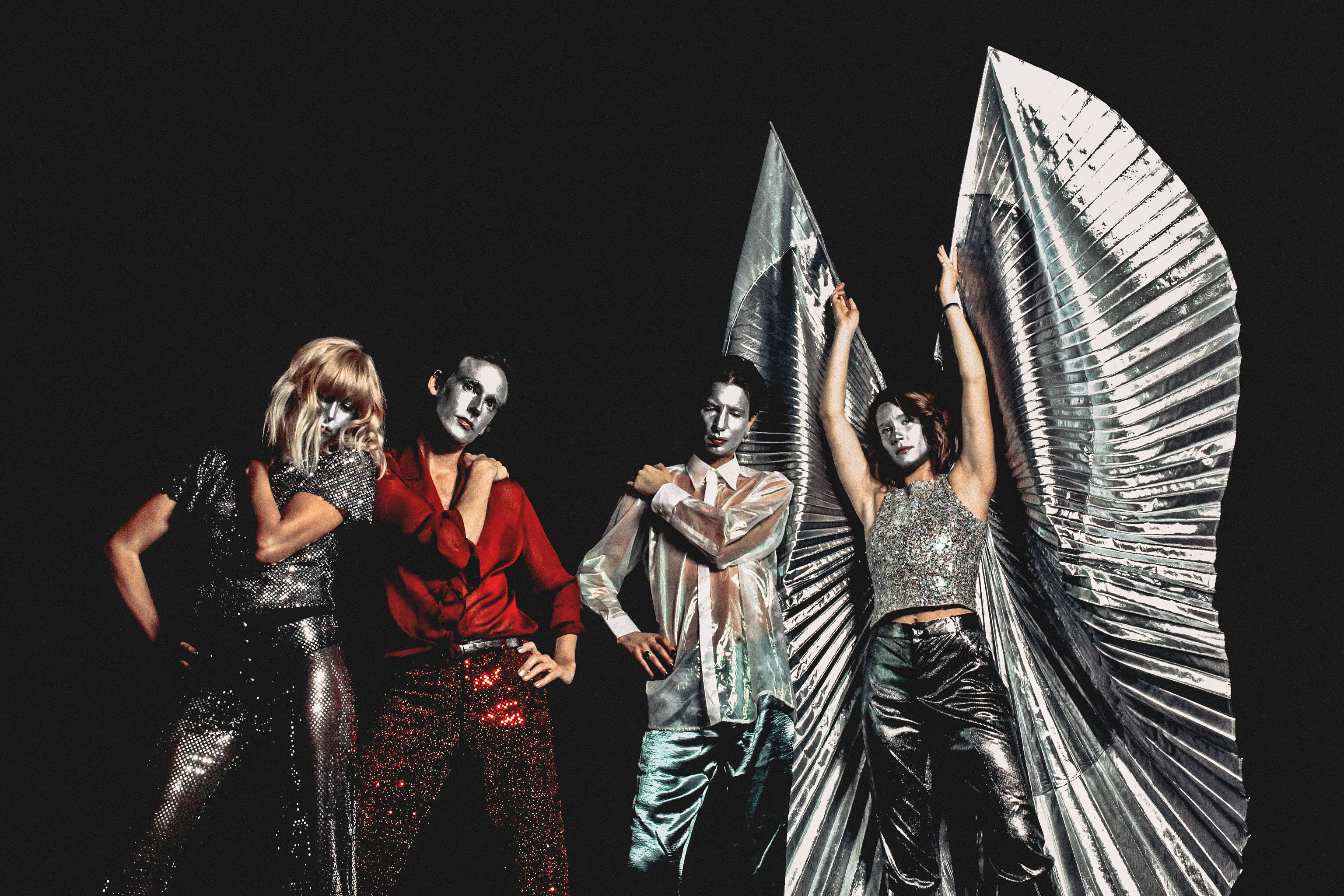 It is with great excitement that Ivy League Records announce the return of Sydney four piece I KNOW LEOPARD by unveiling their brand new single ‘LANDMINE’, accompanied by a striking and evocative clip directed by the one and only Matt Sav.

Watch the video for Landmine, directed by Matt Sav, here

To celebrate the stunning release, the band have also announced their comeback to the live circuit with a special performance at BIGSOUND this September, as well as three intimate shows this October in Brisbane, Melbourne and Sydney on the Landmine Tour – tickets for which are on sale now. Following the release of past hit singles ‘Let Go’, ‘Rather Be Lonely’, ‘Another Life’ and ‘Perfect Picture’, ‘Landmine’ marks the start of a new beginning for I Know Leopard, and will feature on the band’s highly-anticipated debut album slated for 2019.

Revelling in glam, dream pop and the kind of playful, upbeat, 70s soft rock made famous by ELO, 10CC and the Alan Parsons Project, ‘Landmine’, explodes like a musical kaleidoscope, finding catharsis in the ethereal bliss of pop’s plastic, proggy past. “There’s no way of experiencing true love without experiencing pain,” says lead singer and main songwriter Luke O’Loughlin and it is this sentiment is at the core of ‘Landmine’.

From a chorus that declares “Love is a landmine” and promises that “there is a landmine out there waiting just for you”, over a bouncing bass groove and waves of epic synth, ‘Landmine’ is the wry lyrical tone that stops the tune from ever being too saccharine, anchoring the shimmering pop with a devastating emotional weight.

‘Landmine’ was recorded in the band’s new home turf of Sydney and was produced by The Preatures’ Jack Moffitt, who encouraged the band to take risks. “The great thing about working with Jack is that he always insisted, “Let’s be bold no matter what”. That became a kind of mission statement for the recording: be bold,” says O’Loughlin.

Once Moffitt had laid the foundations, O’Loughlin and bassist Rosie Fitzgerald travelled to Adelaide, to mix their highly-awaited debut album and record extra synth parts with Luke Million. “Luke is an old friend of mine from growing up in Adelaide. He was a really big part of the Adelaide music scene and I always looked up to him,” says O’Loughlin. “So when he was suggested for the job I knew he would get all those 70s influences. Not to mention he’s got one of the impressive vintage synth collections I’ve ever seen, most of which found their way onto the record.”

In an indie rock landscape dominated by 90s grunge throwbacks, hardcore punk and scrappy garage bands, I Know Leopard are something of an anomaly. Gloriously out of step and bringing a sense of luxury, glamour and brains with them. Welcome to the world of ‘Landmine’.

‘Landmine’ is out now through Ivy League Records. Stream or download here.