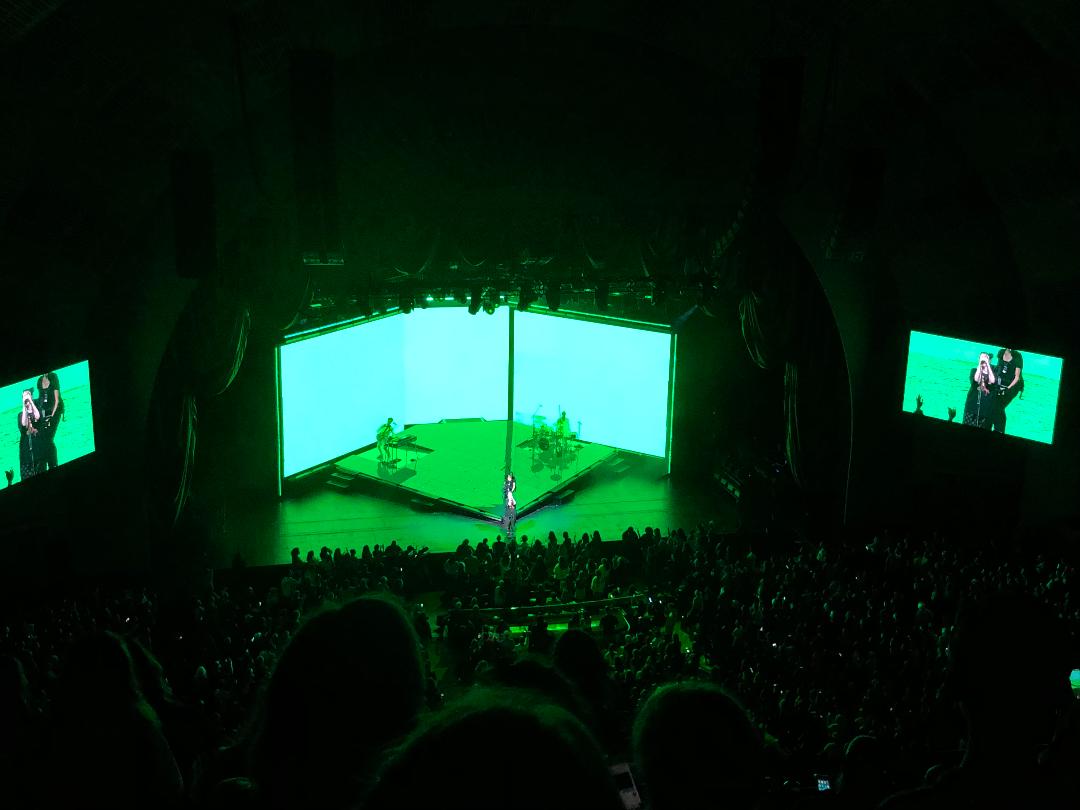 1 – bad guy – Billie Eilish – This was a huge song from the moment it was released, an amalgram of teen desire and desire irreverence, the monster on the bed anthem for a generation of girls who wanna middle out the inner sanctum of neediness. But it wasn’t the song of the year till I got he hear Billie… perform…? Maybe, perform is the wrong word, she was entirely drowned out by her peers and fans zipping through the words on a fire of timing at Radio City a couple of weeks ago,  the sound of  pauses and eruptions and the “nevermind” of 2019: “duh”.

2 – I’ll Come Too – James Blake – Forget the electronic genius side to Blake, forget that he is a much beloved Kanye West guy as well, or even that Assume Form is a great album anyway, and just take the song at face value: it has all the glory and beauty and hopefulness of new love. The new love is the glorious looking Jameela Jamil (from “The Good Place”) and on the song he follows her rapturously from New York to Los Angeles to wherever in the world, “I can get there, too”, he claims and you know there is nothing to lose on such a complete infatuation.

3 – Girl, Friend – T-Rextasy – The thing about lesbian popsters is that by the time they get to us, the King Princess and Hayley Kiyoko, the heavy emotional coming out to either yourself or anyone else, it’s all over and you are now beloved by all. I was looking for King Princess videos the other  day and landed on “King Princess being a massive lesbian” which lead to  “How Do You Know You’re a Lesbian?” about a women who didn’t come out till in her late 20s when a kiss with a woman cemented what she’d come to suspect. The point is, “Girl, Friend” is on the fence, “be more friendly, be more girl, friend…” till “I Don’t know, I don’t know… how I want this to end”. And the punchline “Are you gay?” “IDK…”. And it is all performed to a catchy, enjoyable, indie rock lick. The truth is, ambivalence is stronger than love ever will be and this is the song for ambivalence.

4 – Post Modern Jive – Tomas Doncker And The True-Groove Allstars – “Gloom not doom” is how Tomas described the song to me, a political commentary on the way in which the current Trump administration has closeted themselves into a hell world, where each person is an island unto themselves, unwelcome in and among civilized people, cut off from the world. “You think you know lonely?” is where you will realize the post-modern jive. But more than that, with its echoes of Bobby Womack, the song is also about post traumatic, post-modern romantic insularity, about the gloominess of a world where it is so difficult to break through to a real emotional contraction. Quite simply, the song is the state of life in 2019.

5 – Don’t Threaten Me With A Good Time – Thomas Rhett – The album ended up being a disappointment because there was no way at all for Rhett to equal this groovy, funky, horns blasting party song. The first time I heard the song was on Saturday Night Live and it flattened me, as it, funnily enough, changed a Wednesday evening into a Saturday night: the threat is an evening that ends in the morning and a drinking match that has to end badly. How much fun can a 20 something have? I remember my late 20s, going out with friends from work Monday through Thursday and by by Friday morning counting the seconds till the weekend. This song would have made a great theme tune.

6 – Holy Cow Never Saw A Girl Like Her – Sneaks – Sneaks is Eva Moolchan, a post punk, electronic, bass riff addicted monster on this song, not even a minute in length it is the most addictive thing in the world, put it on repeat and you might never need to hear another song in your life.

7 – break up with your girlfriend, I’m bored – Ariana Grande – Well, first, don’t be so sure she is singing to a guy, and next, this is the most innovative song this side of “bad guy,” it has the immediacy of a text, the obviousness of a like on Instagram, and the shallowness of a one night stand. After seeing her a coupla weeks ago, Ariana has become so original in her presentation that her live sure hasn’t managed to keep up. It isn’t the trap beat that is doing it, it is the distracted sing whine vocal, the colloquialized poetry, the sexual arrogance and sense of self.

8 – Heir Apparent – American Football – LP3 is the best rock album of the year, a subdued, mood enhanced, wee small hours series of emotional devastations that travels from the 20 emos to the 30s emo and leaves everything around it in states of emotional devastation. None  more than the melodic guitar drone of “Heir Apparent” -as much a gloom not doom as “Post Modern Jive”,” its unrestrained broken hearted romance left sorry for everything is so complete in its emotional transgression it seems to have no way out

9 – Calm Down aka I Should Not Be Alone – Ezra Furman – The missing link, or is that connecting link, between the Stones, Marc Bolan and Primal Scream, it is astonishing that somebody can still morph onto that entire sound, can take it back and out of mothballs and make it vibrant and alive.Ezra doesn’t sound like Jagger quite, he sounds like a Jaggerism, a young iteration informed in his DNA by the disconnect of emotional yahoo.

10 – Hood Rat Shit – Megan Thee Stallion – I would love to see her on stage, Megan is at the XXL Freshman gig next year and I would actually plan to go if I can manage it. Megan and Blueface (who is also gonna be performing) could wind up being major. Meanwhile, this isn’t Megan’s best rap but it is her catchiest track and hookiest track and should have cracked pop.