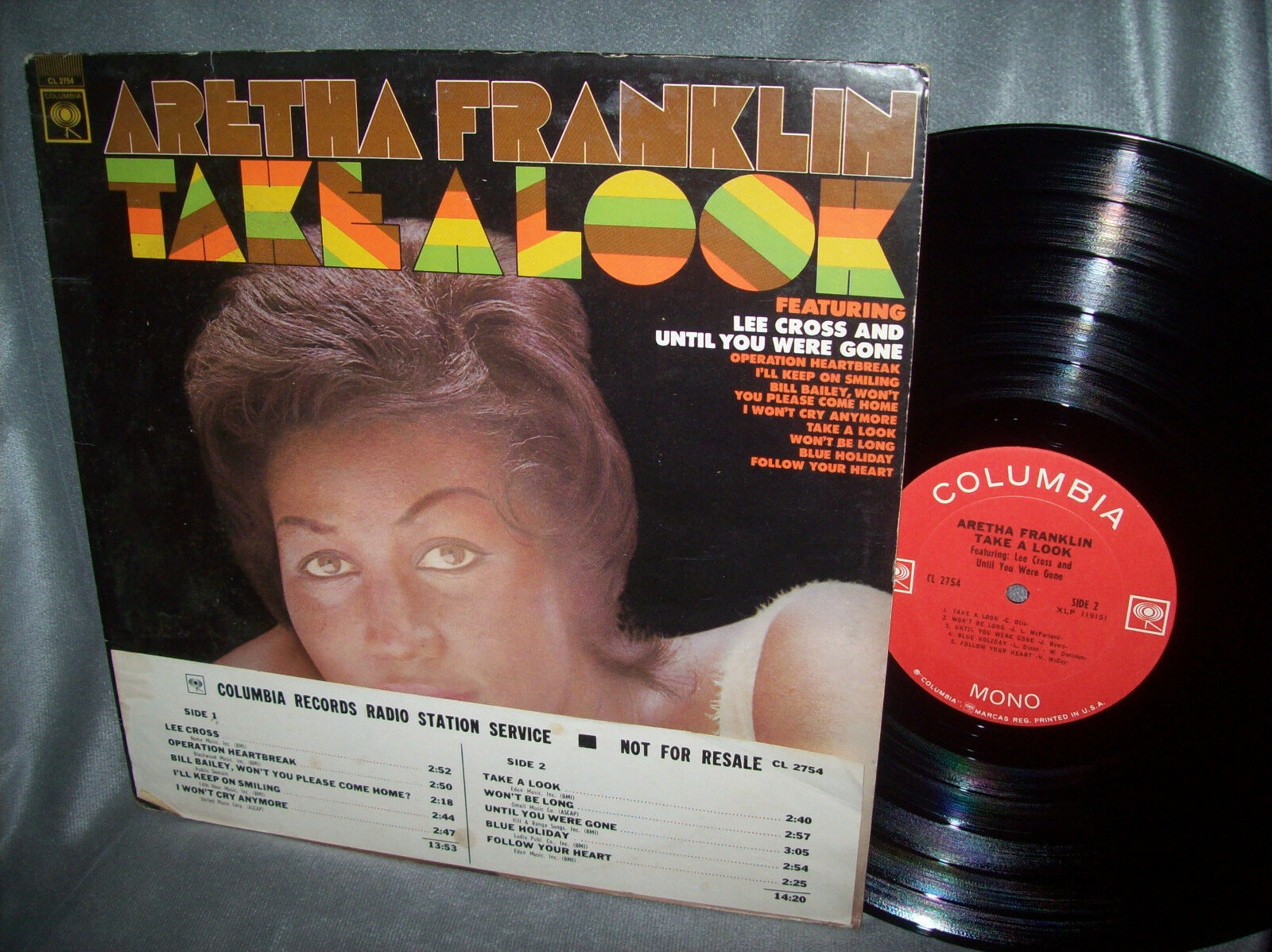 Who can blame Columbia, who lost a fortune on Aretha Franklin without breaking her big time, taking a look at her back catalog and mining it for soul songs instead of liming the mistakes. It isn’t complicated (and it is her 13th album overall), you just chose the hard hitting soul sister songs -it’s 1967, we can take it like a man. You think Columbia would have the simple smarts to follow Atlanta’s lead, there is enough first rate songs to make it easy.

But they don’t make it easy on themselves. Who at Columbia thought the world needed another shot at Yeah!!!‘s “Bill Bailey, Won’t You Come Home” -a syncopated, finger snapping, 50s style jazz take? We didn’t and we don’t. Who thought the song to represent Clyde Otis was “Take A Look” -a 50s style ballad spinning on its axis, just a dreadful orchestration of a bad song.? Unforced errors when Aretha had nine albums of material to choose from.

They start off with the Gospel r&b as Ray Charles wrote in stone, “Lee Cross” (off Take It Like You Give It), an all that soul breeze about a ladies man that Aretha sings with what amounts to distance for her. It isn’t the only killer track by any stretch of the imagination, six of the ten songs are excellent, and while the rest aren’t, a song like also a Clyde Otis special, “I’ll Keep On Smiling” is a first rate blues handled seething anger, with her best vocals on the bridge, they improve in context.

The album ranges through Franklin’s years, as if Columbia’s point was “Hey we got it right, you guys missed it all”. “Won’t Be Long” was the first song on her first album, that’s how far back they go. And it is instructive that her vocals were in place ON HER FIRST SONG! It is better than the jazz-standards they forced fed Aretha for six years, Columbia, John Hammond, taught her nothing in all the years she was on the label.

Over ten songs and six years, Aretha neither improves, nor worsens, when she has the right song she is superb, when she has the wrong song she still sings it perfectly well. On the early 60s not Motown “Until You Were Gone” (off Soul Sister), the production and arrangement is overbearing, for fuck’s sake kill the back up singers, kill the strings, speed it up just a little and it would be a good Aretha song. Who on earth chose the song for the cash in? If cashing in is what they wanted to do, then cash in. Find her best soul tracks and lean on em hard, “RESPECT” not “I Never Loved A Man The Way I Loved You” should be the litmus test. Don’t try and litigate the case again, admit you screwed up and give the people what they want.

most anticipated of the week box set

the song is a vulnerable and lovelorn admittance of struggles