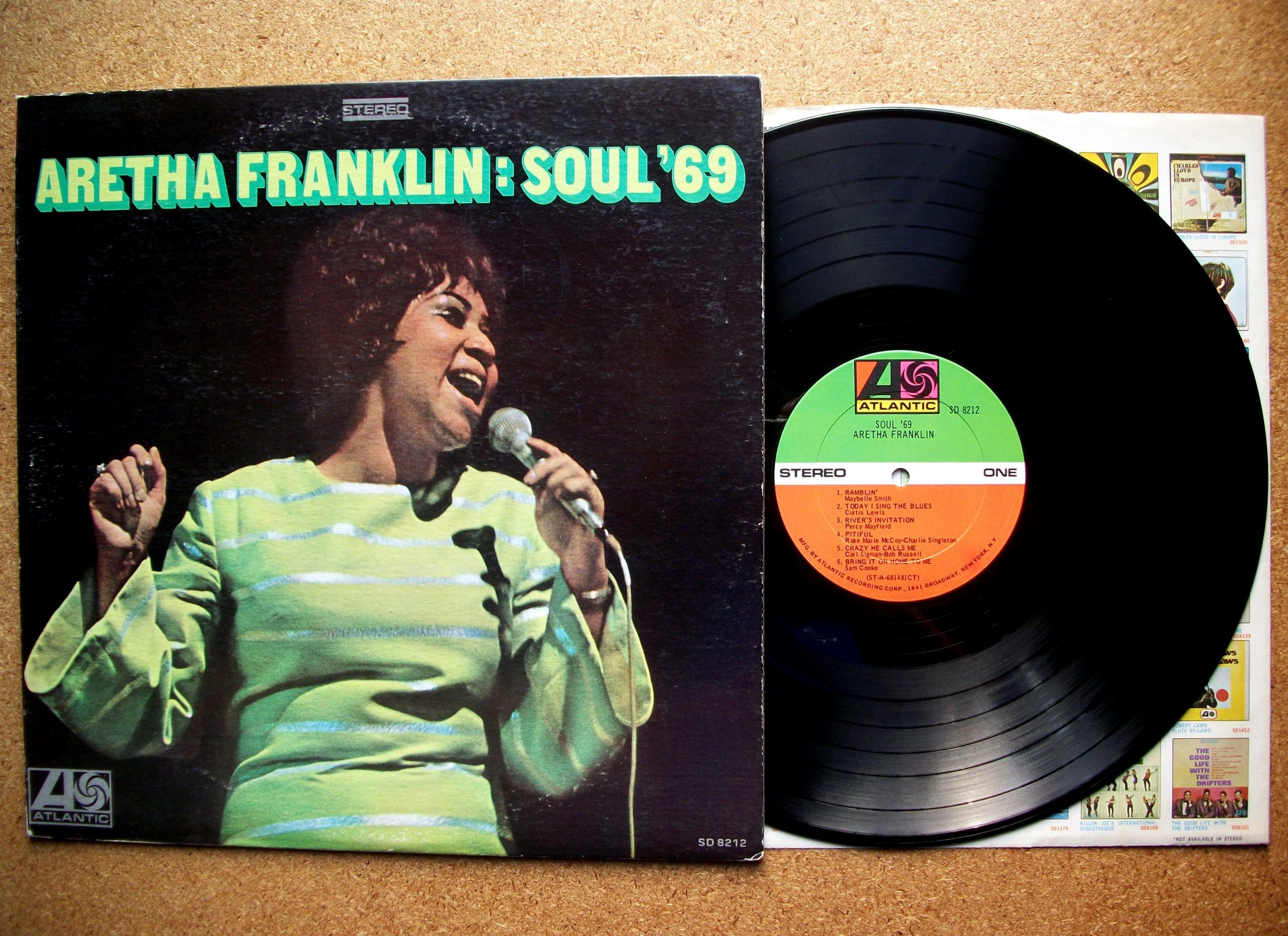 As enjoyable as Aretha Frankin’s seventeenth album, Soul ’69, is, and as well respected as it may be, it is forgotten, if it is forgotten, in much the same way and in much the same manner as her Columbia Records releases were: it lacks a center and the jazz material isn’t what we want. Nobody in their right minds is gonna question Aretha’s singing on Curtis Lewis’ “Today I Sing The Blues” but on other songs there is a tiny disconnect which just doesn’t bring the album together.

Aretha could sing anything, but she could sing opera better than jazz. She was a great jazz singer but jazz isn’t gospel (there has been no better pop singer of gospel ever) and soul (no better, etc), but Soul ’69 isn’t about that. Covers of (god help us) “Gentle On My Mind” and “Bring It On Home To Me” (her childhood crush!) and “Tracks Of My Tears” are OK but nothing more (and “Gentle On My Mind” is the worst recording of her Atlantic years). If “Gentle On My Mind” is the wrong song, Sam Cooke and Smokey Robinson are simply proof how careful even the greatest must be when performing songs of the great.

Soul ’69, reached #15 on the Billboard 200, though the singles bombed, and despite its success, and despite attempts to place it in the pantheon, is second tier Aretha and if you were to say “yes , and…” I’d agree while still being unwilling to uplift the album, it is forgotten because, with the exception of the aforementioned “Today I Sing The Blues” (blues, pop, etc) nothing is up to her impeccable standards.

The next year, Duane Allman would be playing slide for her and Paulie would be sending her demos, till then there is this and two others.