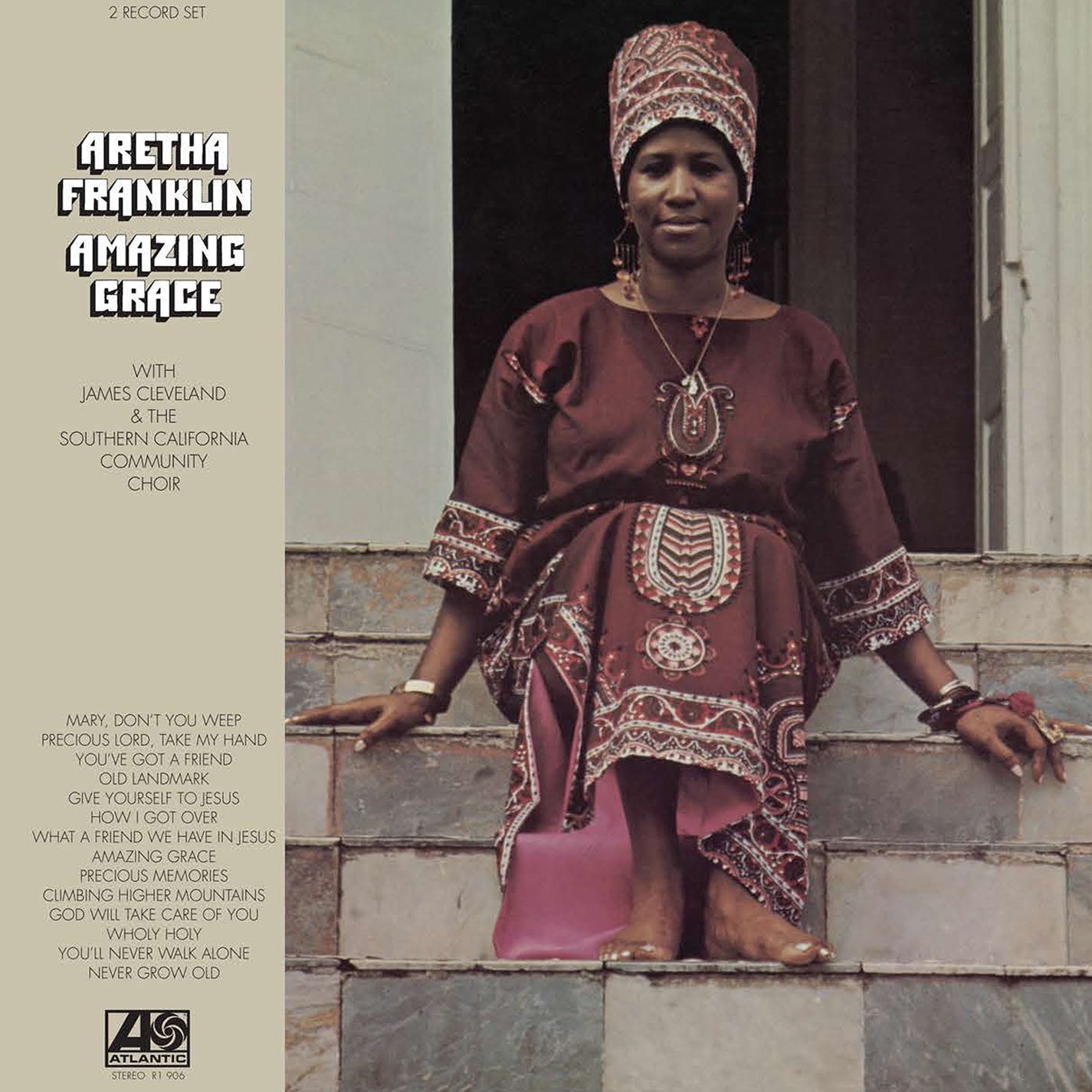 The day before Whitney Houston was buried her Godmother, Aretha Franklin, performed at Radio City Music Hall on February 17th, 2012, on what was the single best concert I have ever seen. The secular stuff was great but the Gospel stuff was otherworldly. Which leads us directly to album # 23, recorded live at the New Temple Missionary Baptist Church in Los Angeles, with Reverend James Cleveland and the Southern California Community Choir January 1972, it was released in June 1972 and the double album went double platinum.

It is nearly as great as its reputation, a little over sung in places, the choir are too prominent, not for Gospel but for Franklin, and 1965’s Songs Of Faith, also recorded in Church by the then fourteen year old diva (here) is just as good if not a little better (it is a trial by misplaced innocence), but Amazing Grace is better sung, and the misplaced innocence from a woman whose first son was the reported result of her incestuous relationship with her father, the Baptist Minister Clarence Franklin (who makes an appearance here for a minute plus recherchez de temps perdu), and a mother by the age of fourteen. Aretha was all experience and yet all innocence, but by the age of 29, when she recorded Amazing Grace, an overpowering testament to her faith. Aretha united the Gospel with the secular, by which I mean her emotionalism suggested a deeply personal and subjective relationship where -much like the best Gospel for women, there is an untamed sexuality to her performance. Through the lens of Christianity, Aretha could let loose in ways she doesn’t with her secular (or feminist, or political) singing: she is released through faith and Amazing Grace is a giant act of catharsis: she turns to God to expand the joy she felt in music (and in God).

The title track builds slowly on her piano and lifts upwards into a spirituality no longer earthbound, an early on medley of “Precious Lord” and “You’ve Got A Friend” turns belief into a pretzel, connected to the entirely personal, Aretha’s take on Marvin Gaye’s “Wholy Holy” is the standard bearer and much more soul than Gospel, and while “You’ll Never walk Alone” is a cliched in 2021, it wasn’t fifty years ago. The constraints of self-control and abandoned passion are at their peak on “Mary, Don’t You Weep” -classic Gospel slow burn for the former, and on the old hymn that swings and overpowers the record “Climb Higher Mountains,” two and a half minutes of self-controlled pandemonium.

Aretha was so great that she is one of the very best Gospel singers (this is what Kanye West’s Sunday Service Choir” needs -someone in front), and still better at secular music. She was so great that she could flit between the two and stare you down, you could hear her sweat her sound and her man,  and her God. The Mezzo-Soprano could sing anything (she could sing opera) and still be what she was, the child of a minister born into the cruel 1950s, who sparkled while nothing  stood in her way. This isn’t her greatest work, it isn’t the revelatory and youthful Songs Of Faith, but that “You’ve Got A Friend” is as good as both Carole King and James Taylor’s versions and it is great enough.