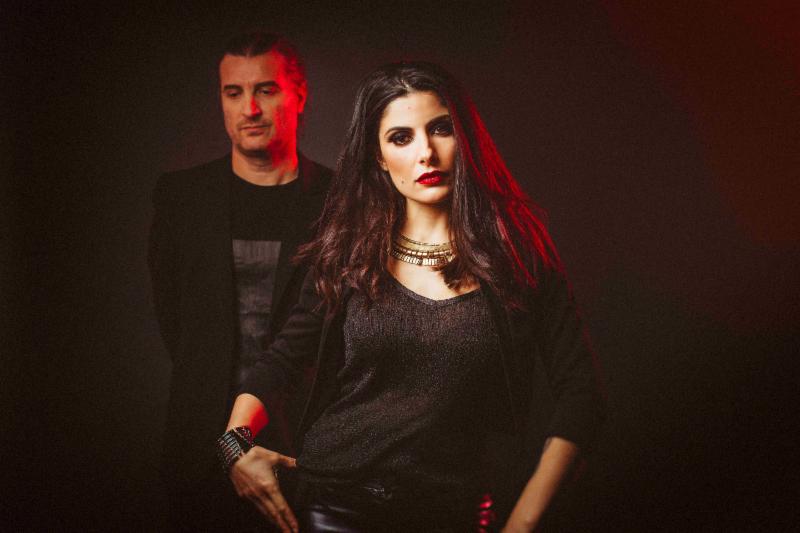 Originally formed in 2015, Ardours was the product of Mariangela and Kris’ longstanding friendship from both of their involvements in the Sardinian (Italian) metal scene. In 2006, Mariangela moved from Italy and joined the Norwegian band Tristania, but her and Kris always kept in touch. In late 2015, having always admired one another’s musical talents, they decided to join forces. Hard work and dedication have been the key for their upcoming debut album “Last Place on Earth”, which is due out later this year.

“When I joined Tristania,” says Mariangela, “the band had already a strong identity and so I had to fit with their style, but also had to bring something new and fresh to the sound, and I think we worked that out very well. I am very proud of the two albums we released together. Tristania is more of an introspective and articulated sound in comparison to Ardours. I feel very grateful and thankful to the band for what I have learned throughout these years. But on the other hand I needed to do something different, something where I could be the main singer, where I could sing the words with passion and with the warmth of my voice. Ardours has more rock and ’80s influences compared to Tristania, including a bit of new wave sound which is something that me and Kris love. When I chose to be part of this project, I knew I wanted to sound very expressive without being technical so that I could give a more nostalgic sound to the words. This is the way I saw Ardours sounding and I cannot wait for people to hear it!”

Since Mariangela wanted Ardours to be a melting pot of different personalities to add to the unique flavor of the songwriting, she decided to ask to Tristania’s drummer/lyricist Tarald Lie to write the lyrics and record the drums for the album.The mix of these three elements has resulted in a fresh and promising style, straddling the lines between rock, metal, and goth. The gothic atmosphere created in the mesh of the lyrics and the catchy melodies immediately caught the attention of Frontiers A&R team, who snapped up the band as soon as they heard the music.

“I sent the music to Frontiers presenting our work and they have been very positive about it since the beginning, giving us strong feedback and collaborating with us in any kind of decision regarding this project. I loved the fact that they really liked our music, so we decided to sign with them,” concludes Mariangela.

Fans of The Gathering, Lacuna Coil, latter-era Tiamat, Idle Hands, and the like should keep their ears open for Ardours. The band has begun releasing samples of their songs ahead of the first single debut (scheduled for later this year) starting today, so be sure to follow them on social media to get a taste of what’s in-store.

The band have announced their first live show will happen on September 7, 2019 at La Cueva Rock in Quartucciu (Cagliari) Italy. Follow the band’s social media for info about tickets and further details.