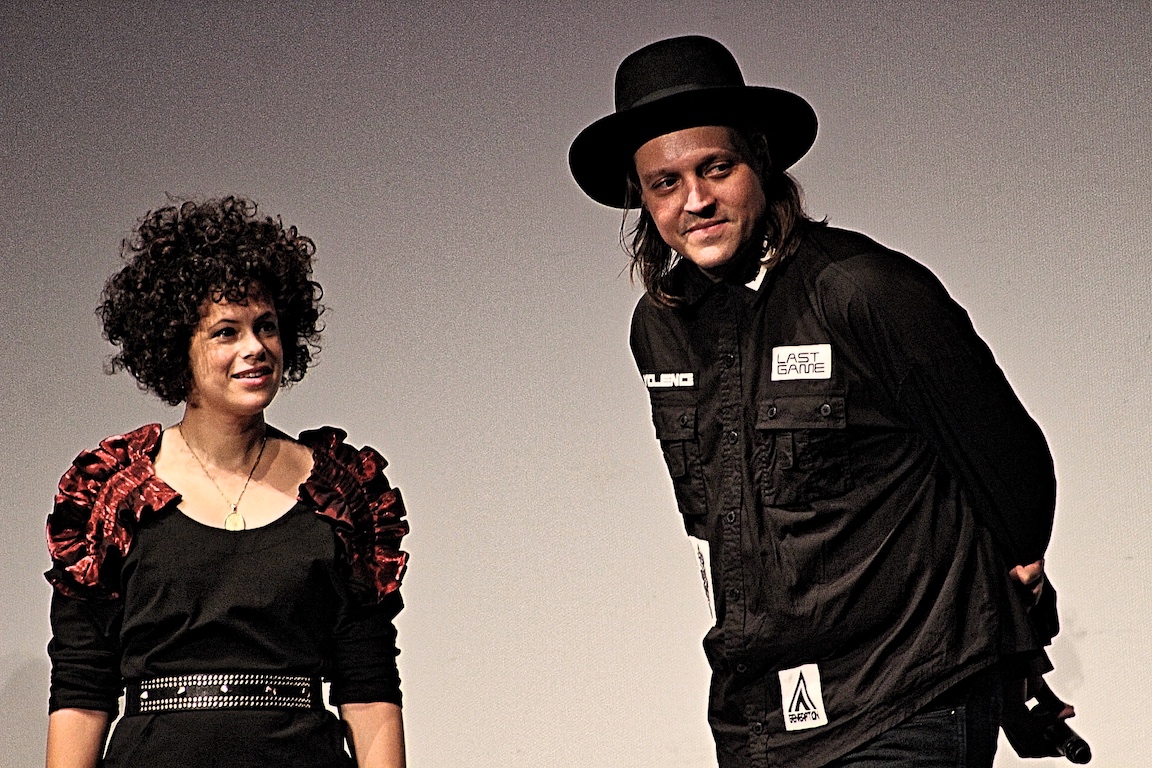 Last night, on Stephen Colbert’s Election Night 2020: Democracy’s Last Stand: Building Back America Great Again Better 2020, Arcade Fire debuted ‘Generation A,’ a new song that they wrote for the future generation. Will it be enough to uplift our moods after this mindfuck election that is dragging on way too long?

The song is a raucous but rather spontaneous one, that makes Regine jump above her keyboard. It is simply built around a repetitive loop of keys and guitar riffs, nothing too extraordinary, as sort of call-to-arms song with the most transparent lyrics you can get… ‘Wait’ is a common theme in Arcade Fire’s songs, and since we have been told over and over to wait and be patient these past few days, these lyrics could not have been more appropriate during these election days:

There are also a few allusions to climate change, ‘California’s burning/New Orleans is waiting for the flood,’ and probably to the recent protests, ‘Racist running, cities burning/Children show you what they’re learning.’ This is why NPR called it a protest anthem, it has its momentum, but the whole thing is entirely predictable. So far, we don’t know if the song is just a single one or if it will be featured on an upcoming album.

Colbert said the new song is a hopeful message to the youths, ‘inspired by the current climate of the country.’ If generation Z is the demographic cohort following Millennials, generation A (Alpha) follows generation Z. They will be adults in 2050, around the time the climate apocalypse could transform the world into a nightmare if we don’t act soon enough. This call to arms goes way beyond this election.