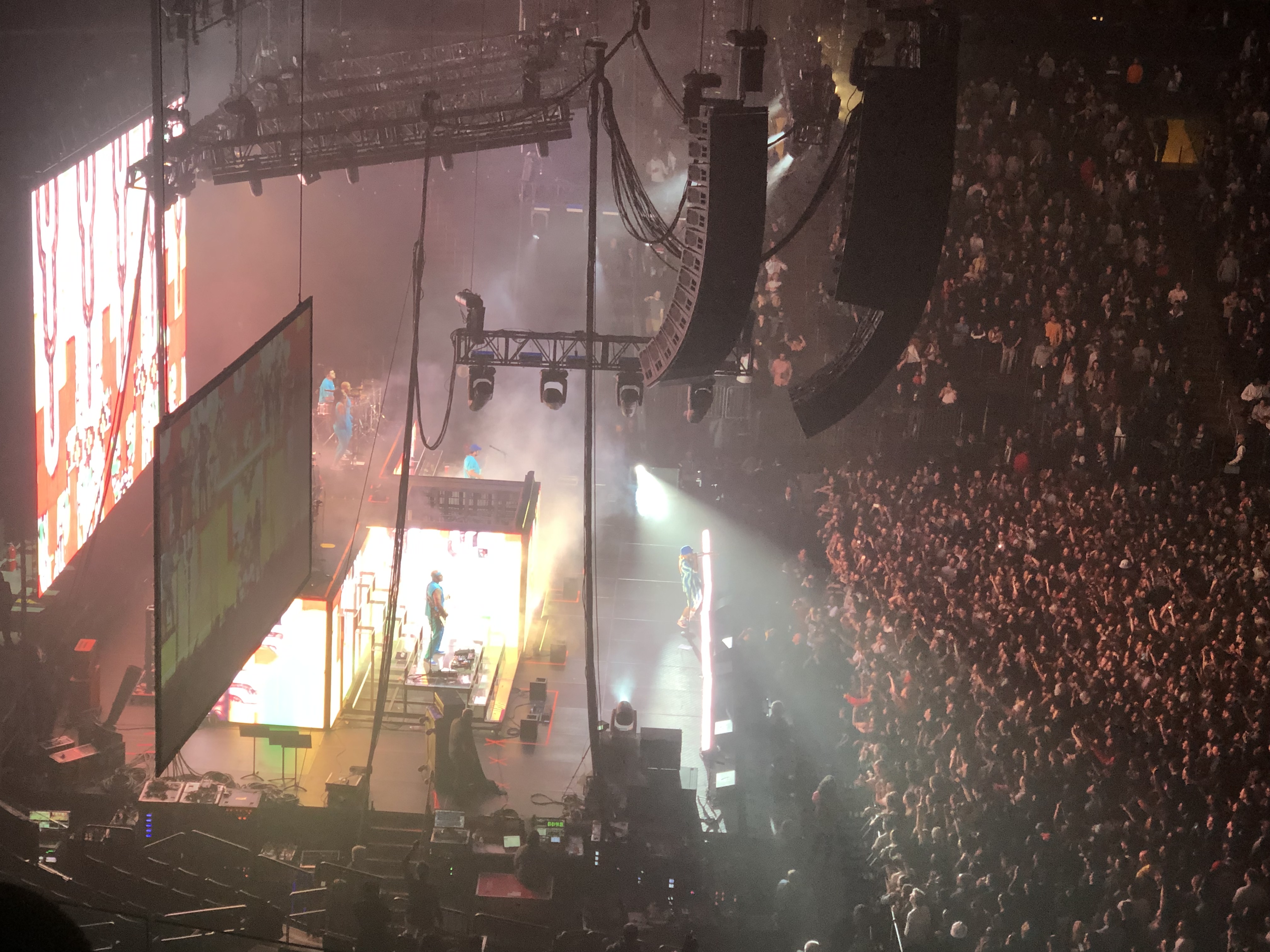 What the fuck is good? With everything in the world to prove, Anderson .Paak brought his tour to Madison Square Garden for the biggest show of his career, with two lousy albums and one great one to push, and he did it. He proved that he was as skilful a bandleader and musician as any, anywhere , and he was terrible. Because the sound mix was a disgrace. Oh, and his opening acts, who had great sound, weren’t big enough for the venue.

Thundercat thinks he is the leader of Weather Report, but despite his immense skills as a bass player, he isn’t good enough as a solo artist and, not unlike Steve Lacy of the Internet, should get back in ranks. I love all three Earl Sweatshirt albums, loved him since the first time I saw  him, at the Hammerstein in 2012. But he had no right to be on the stage at MSG, he wandered his way through a lugubrious set with great songs he failed to sell for one second. After a DJ spun for half an hour, Anderson showed.

Paak was terrific, and I say this as a person who lost interest years ago. A whirligig of energy, he ran from drums -which he played phenomenally well, to the lip of the station, before chasing through the arena, up stairs, across the GA section, singing, high fiving: he knew this was the one, and he knew that many people would take this Paak along with them forever…. and the bass was muffled, the band was muffled, the vocals were too low. It was the worst sound I have ever heard at a major arena. And sure, I was in a nose bleed, but I’ve been in a nosebleed at MSG many, many times, and I have never heard anything this bad. David Gilmour had a problem for the first song when he played here, and then he fixed it. That happens. I waited FORTY FIVE MINUTES, to see if Paak realized he had a problem, and he never did. I went to lower levels, and while it is true the sound improved, it didn’t improve that much. At Gov Ball on Friday I noticed a guy wearing a Paak tee shirt  and asked his opinion, and he said he noticed it as well though not to the degree I did, Billboard didn’t mention it in their review but Billboard miss entire weeks of charts, nobody is paying attention. But it really was that bad and it is a huge pity they failed to fix it.

Meanwhile, songs I actively despised on Oxnard and Ventura (and loved on Malibu) may have killed, probably did, could maybe have changed a mind, couldn’t get through. Anderson played Gov Ball a coupla years ago at a smaller stage, and he was vastly superior than at MSG though the band were sharper from what I could see, I saw Anderson at Playstation and he was much better than this. You can’t sell what can’t be heard. If you’ve seen that old Beatles footage singing to screaming girls, you can’t hear em and they can’t hear themselves, they are baffled and within three years stopped touring entirely. If Anderson could’ve heard himself I am guessing he would have fixed it and I am guessing it would have shut critics such as me, up

So what the fuck is up? A huge letdown and the man deserved better .