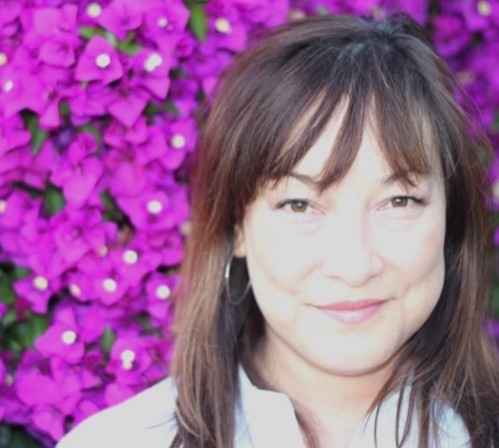 I recently was able to talk to someone who is an ex-patient of Jennifer Chiba. Without revealing the identity of this person, she told me Chiba was her art therapist for approximatively 2 months around 1996/1997. She came from a broken family and spent some time in therapy sessions with Chiba when she was just 16-17.

She is now a lawyer and has worked for years in criminal law which gave her some good basic understanding of forensic pathology. She immediately became a very interesting person to talk to because of this double experience (as Chiba’s ex-patient and as an experimented lawyer), and after a few minutes, she became quite interested in the subject.

She has dealt with stabbing cases during her career and she immediately made this first statement about the act itself:

‘Suicide by stabbing in the chest would require a lot of force. Probably even need to push yourself into a wall. If it was as compulsive of an act as it was explained, one would think he probably wouldn’t have been able to follow through a second time… being snapped out of the hysterics by one failed attempt and pain. When I read about it, I really questioned her innocence. Just because someone is a professional in their career does not mean they are not a total hot mess in their personal life.’

So right away, she was questioning the suicide by stabbing. Keep in mind that this person has had a good and positive experience as an ex-patient of Jennifer Chiba: ‘I thought she was cool, but I only knew her in one small capacity. She was animated and kind to me, enough for me to out of the blue want to thank her for being an ally to me at that time’

It’s interesting to report that she didn’t even know about Elliott’s music and his tragic story until recently. When she had some thought about contacting and thanking the people who had helped her when she was a teenager and going through a difficult time, she came across a swath of articles about Jennifer Chiba and Elliott’s death.

‘Sounds totally bizarre that there would be so many stab wounds on him. It’s really rare for someone to have more than one wound pre suicide attempt—especially if it wasn’t so seemingly compulsive of a response to their alleged argument. … Usually, people with more than one wound are very deranged/inebriated AND hell-bent on leaving the planet.’

Thus, her judgment is totally unbiased and solely based on her experience as a lawyer… I should add she told me she was also a prosecutor and worked in high felony child abuse/death. She even suggested that Chiba’s career choice could explain a lot: ‘Therapists and psychology folks tend to pursue that career to figure their own shit out’. ‘I was drawn to law to help people find fairness’ she told me, something her early life lacked.

She also commented about the very few cuts (and possible defensive wounds) that Elliott had. This argument had been used to prove there was actually no attack, so no crime.

‘Stabbing anyone, ESPECIALLY yourself, is very difficult and is VERY aggressive. It is a very violent act that requires a lot of force. Someone that docile probably wouldn’t have been able to do it, possibly not even to defend themselves. Sounds like his lack of defensive wounds (cuts on hands etc) could be due to his unwillingness to fight back against someone he cared for. The medicolegal investigation of death is my forensics bible. I have dealt with stabbings in my professional career and they are done in intimate and angry/violent attacks. Unless there are some other mutilations (usually done by a deprived person or to act as a warning).’

There was still the question of first aid, which seems to be crucial in this story since Chiba removed the knife from Elliott’s chest while declaring she ‘didn’t know’… this is exactly what she told me when I asked the question during the Q&A following the screening of Gil Reyes’ documentary. I asked the lawyer about this:

‘I would guess anyone working with that population should have CPR training. Also a LOT of de-escalation training (as much as would have been available at the time) we were not an easy bunch to deal with at times. I saw and was involved in fights, suicide attempt, attempts to awol and other shenanigans’

A few days later, she added:

‘Afterthought. She should have been well versed in dealing with volatile people at the time of his death. Her reaction to it was weird and maybe the only one that would come from someone IN an abusive relationship and it sounds like this guy was not like that at all’

After telling her he was indeed not the type of person to physically abuse someone else, she added:

‘By the time of his death, she really should have learned how to respond to someone in a crisis. I worked with her in 1996 and she was a newer practitioner working alone with several kids, some were very unstable. By the time of his death she probably would have learned a lot about de-escalating highly reactive people in crisis situations. This type of situation is a pretty common occurrence in the types of institutions that she worked in and I’m sure she had AT LEAST a minimal personal experience dealing with a crisis, let alone someone having an emotional meltdown. She was a mental health therapist for goodness sake!’

It is not only the removal of the knife, but the entire story which is in question. we now have the confirmation that Chiba had been working with unstable kids and had an experience when dealing with crisis situations. Remember, she said she locked herself in the bathroom, Elliott was knocking on the door begging her to come out. She ignored him, and she has said different things at this point, she either said Elliott was paranoid or said Elliott was threatening to kill himself. But this was a crisis situation and, if we believe her narration, she ignored everything, whereas she should have had the training and the experience to respond appropriately in this type of situation.

The lawyer had two other important points to make about the forensic details. First, the fact that Elliott allegedly stabbed himself though the clothes: ‘It’s jarring and difficult to stab through the skin and possibly hit bone. It’s like cutting your wrist over your sleeve. If you’re gonna go for it, then why have a barrier. Especially if you’re doing it a second time?’

This point has always been discussed many times, but this is interesting she mentioned it right away, and her other remark about the small cut on his upper right arm had never been really explored: ‘Reading through the autopsy report… cut on inner arm similar height of stab wound… interesting’ Effectively, there is no reason for Elliott to have ‘tested’ the knife at this location (the other possible commentary offered by Dr. Scheinin to explain this small cut), whereas a cut made by an attacker at the same height that the fatal wound makes sense.

At this point, every informed opinion matters, this is what we have to challenge the common opinion that Elliott killed himself, an opinion largely spread by the media and some poorly researched literature.