An Attempt To Decipher The Elliott Smith Myth 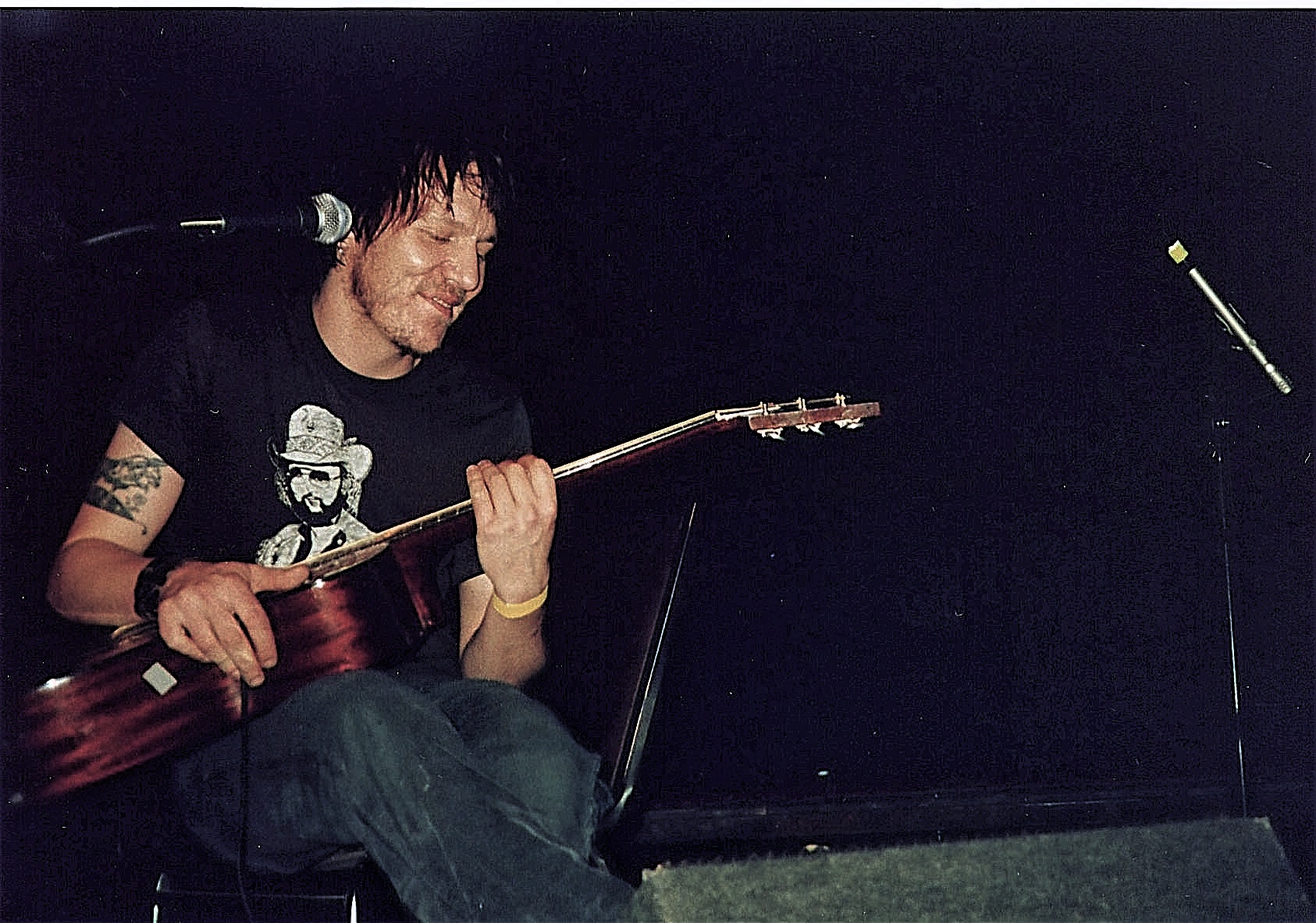 Elliott was a sweet sweet human, told me Steven Drozd, and he certainly sounded like a kind and humble person when I talked to him in 2003. He was also very talented as everyone knows, and he knew that. I think you can be humble but know that your art is not crap, right? He was quite uncomfortable in his own skin but confident with his art, he was this intense combination of heaps of self-doubt and self-assurance as described by Jon Brion.

He didn’t care about fame, because of all the reasons you can imagine. I mean, he didn’t consider himself famous, you could talk to him after a show, ask him anything and he would pay attention to you. He didn’t want to perform at the Oscars, but he accepted to do it when he was told his song would be performed by someone else (Richard Marx). He wanted his music to reach plenty of people, he admired big giant rock stars like Paul McCartney, so, in a way, he wanted to be famous. That’s the paradox, the Elliott paradox.

He hated the ‘fucking’ Eagles but he loved the Beatles, Big Star, the Kinks… Supergrass too. The British invasion! ‘Baby Britain feels the best’ he sang. He covered many songs, from many artists he revered, from Neil Young to George Harrison, who was one of his favorites while Elton John’s ‘Goodbye Yellow Brick Road’ or Phil Collins’ ‘Against All Odds’ used to make him cry. He had Stevie Wonder/Willie Nelson/ Hank Williams tee-shirts, he met Celine Dion and found her nice, was Joaquin-Phoenix-approved, post-mortem. But he once refused to meet Paul McCartney, who was visiting Largo, because it was ‘too much’ for him.

He used to ask at concerts, ‘Do you want to hear a sad song or a happy song?’ and people would scream ‘happy!’… ‘sad!’ and he would laugh and play any requested song. It would always end with both of these feelings, happy and sad at the same time. Many of his songs were a bit of both, more or less, depending on the lines, but it was all about nuances, feelings, sad and happy impressionistic touches in the same song, encapsulated in the word melancholy. Elliott liked the dark because it made us see the light? It may sound too much of a cliché, but he was anything but a cliché. He despised boring performances, aborted songs when he was not in the mood to sing them,…and he was apologizing a lot.

He was also joking a lot during shows, he was funny. There are stories of wigs and basketball games, pirate hat, and eye patch, and I wonder if the Paul Thomas Anderson short with the Rastafarian basketballer will ever see the light of the day.

Elliott was often changing his mind, he was a complex human being, he is almost a different character depending on whom you are talking to. He didn’t want to hurt others, he probably hurt many, but who doesn’t? He didn’t always make the right decisions, but who certainly does? He was often between please-everybody/fuck-everybody, abused and abusive, but so generous. He also had a great sense of justice – remember when he tried to intervene with security when he saw a kid harassed at a Beck/Flaming Lips show? – and he had a good bullshit detector, a good people radar. Unfortunately, he may not have used it all the time…

The casual fans often pigeonhole him as a ‘sad sack’ troubadour, a cartoonish tortured/tormented artist that the media adore. It’s the perfect marketing for someone who wrote ‘You beat up on yourself ’cause there ain’t no one else,’ or ‘So leave me alone/You ought to be proud that I’m getting good marks,’ and so many other self-deprecating and self-destructive lyrics,… but he certainly hated the idea. One of the last songs he recorded gives part of the answer: ‘Everybody’s trying to turn me into a suicide machine/Baby got a place in the sun.’ The thing is that the rough patches tend to be better documented than the bright ones, this is how we build the doomed myths. He had taken the habit to draw these Kali the Destroyer/ More Kicks Than Pricks sharpie tattoos on his arm to hide some bad memories with more cryptic thoughts.

In reality Elliott was often intense, he was this staying-up-all-night character, doing his punk-rock thing, finding the courage to share these intricated tales of depression/drug addiction/relationships with beautiful and profound metaphors wrapped in rawness and pain. A fearless freak, taking all the risks and playing with the idea to refine his figure 8. ‘Perfection is not my ideal. it’s an insult to the gods,’ he once told us while signing (h)hhelliott on his fan message board.

Elliott was often participating in his own mythmaking, the romantic myth of self-destruction, this was written all over his lyrics before he was actively practicing it? But he was offended at the idea to add another layer to the doomed Elliott Smith story, refusing to wear a white T-shirt artily spattered with fake blood, for a photo shoot.

His songs were not autobiographical, it’s such a misconception, it is not because they were sung in a confessional and intimate tone that they should have been. It was an idea that Elliott was finding insulting and repulsive. It would have been the equivalent of self-pity, something he hated. He probably would have hated the self-prophecy idea that came after his death too.

His dream-inspired songs were complex, multi-faceted, layered with meanings, always brilliant, intelligent. Plenty of people find them sad and depressing, but he often described them as ‘abstract movies,’ or ‘moods,’ in a take-a-sad-song-and-make-it-better kind-of-way. The songs were going to hell and back, they were an invitation to travel without a precise destination, they were proof of his resilient survival and they were surely heartbreaking,… in a good way. ‘I am way more robust and resistant than my songs,’ he once said.

Elliott sure had a bad time with drugs (around 2001-2) but he was resilient, and, contrary to what many people think, he used drug metaphors in his lyrics way before taking hard drugs. But when he took drugs, he burned many bridges, many of his friends don’t want to talk about the last three years, some even say they had said goodbye 2 or 3 years before he died… it was the worst of time, he was aborting songs, or not going through an entire song during a show. Mr. Misery feeling miserable but, a few weeks before he died, he wanted to reconnect with his friends, at least this is what I heard.

Elliott wanted to release a double album when he died, instead, we got the posthumous ‘From a Basement on the Hill.’ He had many projects, a double album, a tour, a festival performance, and a slot just before Iggy and the Stooges, a movie soundtrack, a charity for abused children, and this is only what I am aware of. Last time I saw him, he performed at a Kinks tribute, and his smile was saying ‘I still have some more work to do, I’m gonna hang around.’ He was not done.