An Answer To Director Steve Hanft 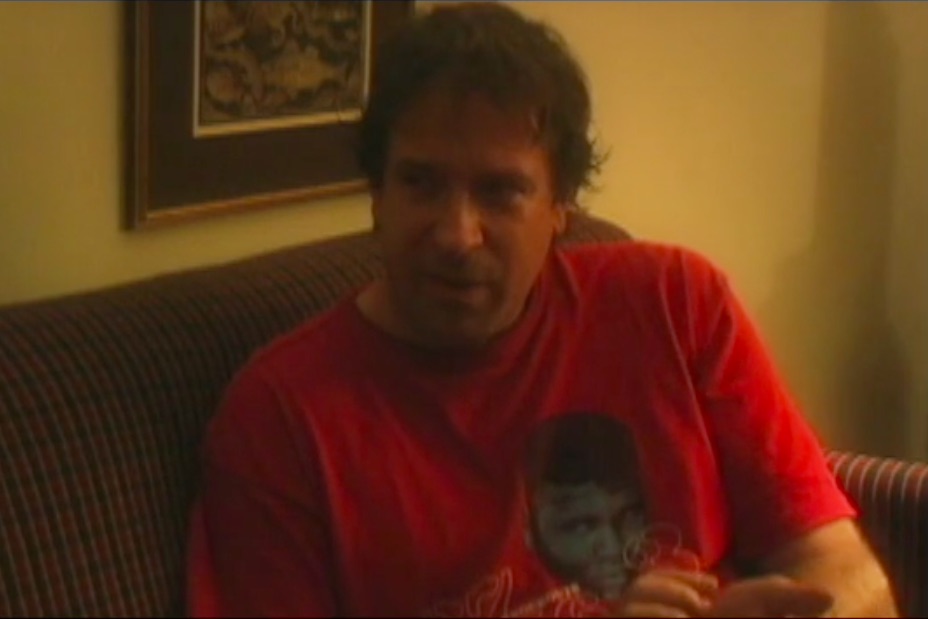 Steve Hanft left a comment after my article on the Echo Park music scene, to correct a mistake. It turns out that the Beck song ‘Steve Threw Up’ is not about him but about Steve Moramarco. Since he had left his email address, I sent him an email, as I wanted to be sure he was the real Steve Hanft and eventually start a more in-depth conversation? This what Steve Hanft sent me:

yes I’m Steve Hanft. I was wondering why did you (Alyson Camus, right?) say in your article about the Echo Park/Silverlake music scene, the song “Steve Threw Up” by Beck was about Steve Hanft, when every single person who was rocking in the Silverlake or Echo Park music community (at that time which would be early 90’s) knows the song is about Steve Moramarco? I stop reading an article as soon as I read a part that’s untrue because I am trying to understand the facts when I read an article. If there is a lie or mistakes in the truth, I might as well stop reading right? I’m looking for truth when I read, aren’t you? Doesn’t seem like a mistake a journalist would make, much less an investigator. You’re awful lazy aren’t you? Why would I want to do an interview with a misinformation spreader? Would you rap with someone who can’t find a fact before they write something? I bet you wouldn’t.

How about this– work on yer fact finding skills and learn to be the best fact finder you know. Takes a little more time but it’s worth it to get every single line in an article right. It will be great for you and everyone who reads your stuff. Then maybe I’d talk with ya. Send me something you wrote in year or three, or however long it takes you. Send an interview you have done after your truth finding missions, something that’s well written, well researched, and I will consider it. I feel for you and I know it’s popular to spread misinformation on the internet, and you can become president by doing it, but I still can’t stand it, and I want you to do well with the truth. Maybe write me in a year or two when you have improved one hundred percent from the Steve Moramarco mistake,  and I will consider it. Send me something then if you want. Study real journalism. Lose all aspects of hype or opinion writing.  It might help you and everyone who reads your stuff if you’re going to write or investigate by learning to be an ace. Deal?

I could not leave it there, and I want to send him this reply:

Why focusing so much on this detail which honestly is anecdotal, as this represents a small detail in a rather long article. Sure, I made a mistake but I read this somewhere (in a mini-bio of Beck), and I didn’t take the time to check if it was true, because I thought it was of trivial importance. Does this invalidate the entire article and especially the central point of the article, i.e. the fact that there were (and still are) some deep connections between these musicians? I don’t think so.

‘every single person who was rocking in the Silverlake or Echo Park music community (at that time which would be early 90’s) knows the song is about Steve Moramarco’?

Well, excuse me for not having been part of this select community rocking Silverlake in the early ‘90s… I came to the scene later, and even then, I was just a spectator to the scene. I checked with Steve Moramarco, the singer of a great power-pop trio called Suberbean, and he confirmed the song was about him, but he also added ‘I think a lot of people think it’s him.’ So?

Thus, why being so mad at this? Even if it’s a joke-y song about throwing up in a ferry-wheel, a lot of people would not be mad at the idea that Beck wrote a song about them,… I know I wouldn’t! Instead, you are getting on your high horse and say you stopped reading an article as soon there was a part that was untrue. Really? Because I was trying to pointing out that you and Beck had a close relationship, something which is completely true. That was just the point of this detail.

But I know why you got so mad, it’s because you are totally avoiding the real question, that I have partly approached in my email. Knowing whom this song was about has nothing to do with the seriousness of my ‘investigation’ since you want to use that term. If it were relevant to my research, I would have checked and rechecked this trivial detail several times. So I just take his ‘I stop reading when there is something untrue’ as a false excuse. And I will not even comment on the ‘awful lazy’ part, that’s just cheap and so untrue. You don’t know me. Overall, your tone is condescending and taking one detail like this one to discredit my research is just a cheap shot,

But let’s have a talk about this accusation of ‘spreading misinformation.’ In the movie ‘Searching for Elliott Smith,’ you are saying that Elliott was wearing these wristbands ‘to cover something,.. ‘he was suicidal.’ These are your exact words. I interviewed Dr. Scheinin who did his autopsy and I also have the autopsy report: there was absolutely nothing on his wrists, no marks, not even a scar. I even asked specifically this question to Dr. Scheinin, and she was very certain of this. In the documentary, you were implying something that was not there, and I think this is something much more important than making a mistake about the inspiration behind an old song. So you have no lesson to give me about spreading misinformation, as this was terrible misinformation in order to help Jennifer Chiba’s narration.

But I tend to think that you are not talking about the song anymore when you are saying ‘and I know it’s popular to spread misinformation on the internet,’ I tend to believe you want to completely invalidate my research. I was nevertheless told by two renowned investigative journalists that I did a great job, I also talked to many experts about this case, and have regular communication with the investigator, LAPD detective J King. There’s a lot of misinformation regarding Elliott’s death, and the circumstances are still unclear to the police and the coroner. These are facts, not hype, not opinions as you are suggesting, and I do think it matters.

If it was really a suicide, the investigation should be closed, and all suspicions should be removed. But the problem is that this will not happen without interrogating Jennifer Chiba again, and since she has refused to cooperate (not hype, this is coming straight from the police report) this won’t happen.

As for my ‘truth-finding mission,’ as you call it, you can find everything here, but you must already be aware of it, as you were able to find my small article.