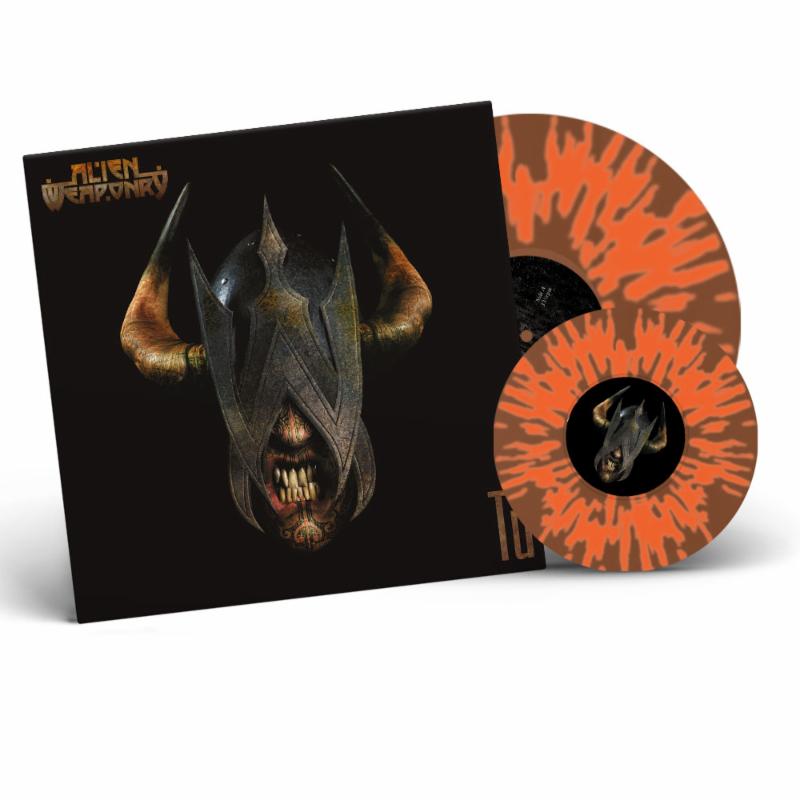 In 2018, Alien Weaponry released their blistering debut album ‘Tu’ on the world via Napalm Records, short for ‘Tumatauenga,’ the Māori god of war, ‘Tu’ also means to stand strong and proud, and, most importantly, to stand for something. The notion is reflected in the album artwork, which includes the traditional moko kanohi (facial tattoos) of the Māori warrior.

In celebration of Record Store Day Alien Weaponry have announced an exclusive version of their debut album “Tu.” This exclusive Orange/Brown Splatter LP+7inch is limited to 500 copies and will only be available in the US and Canada on Record Store Day Saturday April 13th, 2019.

“You guys have been amping on our vinyl hard out so we thought it would be awesome to do something special for Record Store Day. We are stoked that our offering was officially accepted so here it is … our WICKED orange/brown splatter limited edition vinyl of ‘Tū’ .. grab yours on April 13”

This May, Alien Weaponry are set to return to North America on their first ever headline tour. The tour also features stops at a handful of festivals. The run kicks off May 4th at Domination Festival in Mexico and runs through May 29th in Los Angeles, CA. A complete list of dates can be found below.

If you missed the band live in 2018, watch this exclusive footage of their entire set from New York City’s Irving Plaza HERE.

The response for “Tu” has been nothing short of astounding with outlets like Loudwire singing their praises, “Like Sepultura in Brazil before them, Alien Weaponry are working to immortalize New Zealand’s tribal culture through heavy metal.” Revolver Magazine calls the trio, “So badass and so important to heavy-music culture right now.”