Three teenagers, known as ALIEN WEAPONRY, from a tiny town in the small South Pacific nation of New Zealand have managed to capture the imaginations of people all over the world with their unique thrash metal sound and commanding live performances.  Proclaimed by Noisey as a band “well on their way to world domination,” ALIEN WEAPONRY are invading North American shores for the first time ever, supporting industrial legends Ministry.  The tour starts tonight in San Francisco, CA and runs through December 21st in Los Angeles, CA.  A complete list of dates can be found below including a special headline show on November 23rd in Gallup, New Mexico can be found below.

In conjunction with the tour kick off, the band has released a new tour promo video for the track “Ru Ana Te Whenua,” taken from their debut album “Tu.”  Watch the video:

Watch a video message from the band about the tour:

Earlier this year, ALIEN WEAPONRY released their blistering debut album ‘Tu’on the world via Napalm Records, short for ‘Tumatauenga,’ the Māori god of war, ‘Tu’ also means to stand strong and proud, and, most importantly, to stand for something. The notion is reflected in the album artwork, which includes the traditional moko kanohi (facial tattoos) of the Māori warrior.

The response for ‘Tu’ has been nothing short of astounding with outlets like Loudwiresinging their praises, “Like Sepultura in Brazil before them, ALIEN WEAPONRYare working to immortalize New Zealand’s tribal culture through heavy metal.” Revolver Magazine calls the trio, “So badass and so important to heavy-music culture right now.” 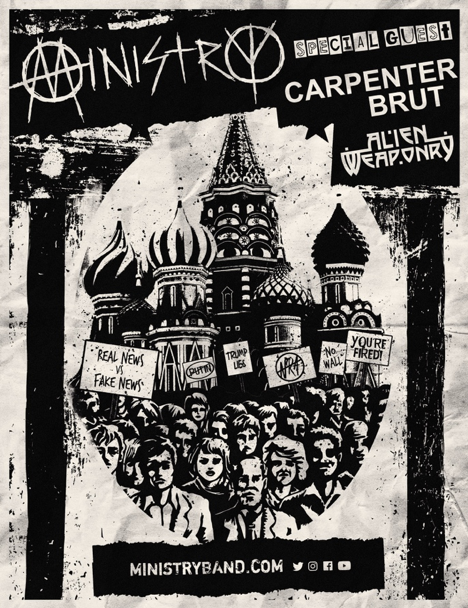