ALEXANDER 23 UNVEILS “LOVING YOU GETS HARD” WITH NEW VIDEO 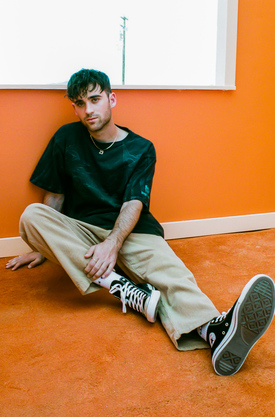 “LOVING YOU GETS HARD”
WITH NEW VIDEO

“I thought about postponing the song release due to everything going on,” says Alexander. “But I think maintaining as much normalcy (while still being safe) as we can is something that we owe to ourselves and each other. Additionally, I think the message of the song really applies to what we are all going through right now: being there for people when things are easy is easy, but being there for people when things get hard is hard. It’s the latter that really defines a compassionate relationship.”

2020 is already shaping up to be a major year for Alexander 23, who recently shared “I Hate You So Much”—his first new music of 2020—and his remix of Selena Gomez’s “Rare.” He sold out his first two headline shows ever at The Moroccan Lounge in Los Angeles last month, just wrapped up a run of dates with Chelsea Cutler and will join Lauv on tour in August. See below for all dates.

The new music follows Alexander 23’s critically acclaimed debut EP I’m Sorry I Love You, released last fall. Recorded at Alexander’s home studio in L.A., I’m Sorry I Love You finds the multitalented artist tapping into the personal yet relatable pathos that has come to define his music. I’m Sorry I Love You showcases Alexander’s penchant for writing songs spontaneously—he finds sudden inspiration in simple exchanges and moments in everyday life. Although Alexander controls all aspects of the recording and writing processes, he attributes specific importance to the lyrics he writes. “I’ve learned from making music for so long that no matter how catchy a song is, or how much I like the production, I’ll only end up wanting to put something out if the lyrics really mean something to me,” he says.

Born Alexander Glantz, the Chicago native is the sole creative force behind Alexander 23: he writes, records and produces all of his music in addition to making the artwork for his singles and merch as well as animating his lyric videos. Writing and recording music since the age of 12, Alexander spent his teenage years refining his musical sensibilities playing in bands. He experienced a major creative breakthrough in 2018 when he wrote the song “When I Die,” and in March 2019, he made his debut with “Dirty AF1s,” which premiered as Apple Music’s Bop of the Week and landed on Spotify’s highly-coveted New Music Friday playlist. To date he has racked up 56 million streams in 10 months and 3 million monthly listeners on Spotify. Later in 2019 he went on tour with Alec Benjamin, Omar Apollo and mxmtoon and made his Lollapalooza debut. 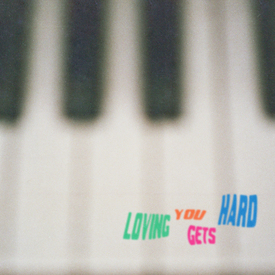