“Ain’t Too Proud : The Life And Times Of The Temptations” At The Imperial Theatre, Friday, April 5th, 2019, Reviewed 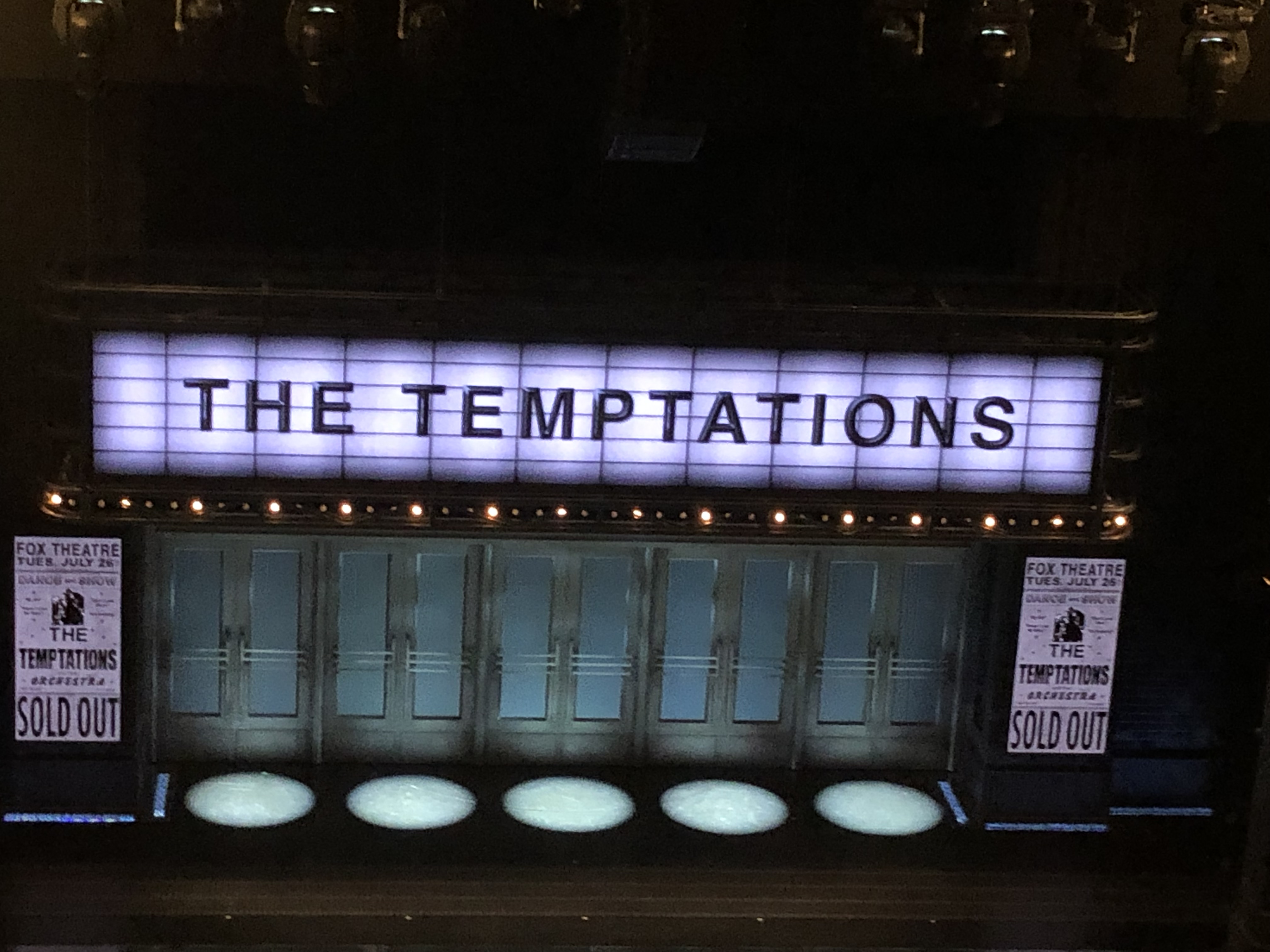 In effect, this is the second time I’ve seen the Temptations on Broadway. The first was in 2015 at The Four Tops and the Temptations Broadway show (here), where I wrote: “Original member Otis Williams respected the Temptations legacy more than the Four Tops did,  through playing smart, strong arrangement of their catalog, better, more important, with more pride, than tributing the Temptations late leaders is to make them viable even today. ” The second time was, “Ain’t Too Proud : The Life And Times Of The Temptations” the retelling of the Motown giants story as Jukebox musical at the Imperial, Friday night. The show opened to raves earlier this year, Ben Brantley of  the New York Times wrote: “While honoring all the expected biomusical clichés, which include rolling out its subjects’ greatest hits in brisk and sometimes too fragmented succession, this production refreshingly emphasizes the improbable triumph of rough, combustible parts assembled into glistening smoothness”

I second all the raves, to a degree. There is a star turn,  Ephraim Sykes (as David Ruffin) should break him from actor to star, but everybody else, including a myriad of (“sometimes it stands for temporary”) Temptations, 24 in all. But “Ain’t Too Proud” is told by the last remaining, and always de facto leader, Otis Williams (Derrick Baskin) and maintains itself with the story of the first five Temptations and how they emerged from the mean streets of a combustible Detroit where Otis went to Juvenile Detention for six months before hearing the Commodores “Gloria” and turning his life around.

Signed to Motown, Smokey Robinson wrote the first brace of hits, Norman Whitfield (who called the band his acapella backing band) the next.  With songwriters of that caliber, all you have to do is sing em. Otis realized this, David Ruffin,  who wanted the band name changed to David Ruffin And The Temptations didn’t and was fired. If you listen to his solo career, Ruffin always had the voice, what he missed was the songs.

Each of the five Temptations has their own career trajectory and they all lead to tragic endings. Unfortunately, that trajectory means that the first act is a blast, with Tempt songs, superbly performed and choreographed on the way up… and then, act two, with David beating Tammi Terrell and if that is not bad enough we have to wait to hear of her death from brain cancer at the age of 24 (“David was destroyed, maybe permanently”). Equally tragic, Otis’s estranged son died at 23 in a work related accident on a construction site where he was a hardhat.

“Ain’t Too Proud” isn’t the equal of “Jersey Boys,” with whom it shares director Des McAnuff,  but that’s the worst thing you can say about it. With a stronger catalog than both Donna Summer and Cher (But not Carole King), it is superior to all three Jukebox Musicals, fueled with one outstanding song after another, the music is a sheer pleasure, and despite Derrick Baskin central position, his Otis shares the spotlight always. Praise be to book writer Dominique Morisseau, for moving the spotlight, and making all the exits by the end really matter. The other three Tempts, James Harkness (as Paul Williams), Jawan M. Jackson (as Melvin Franklin -a moving performance as Otis closest friend),  and Jeremy Pope (as lesser lead singer, Eddie Kendricks), are all wonderful.

My problem with the second act is the story itself, and that’s the story, so it is like wishing King Lear won in the end, well, he didn’t and they didn’t. Like Tammi, they will always be stalked by tragedy. But listening to Ephraim claim the show highlight “(I  Know) I’M Losing You,” or the five performers share “Papa Was A Rolling Stone,” music is joy still and always and the Temptations were clearly Motown’s greatest band.