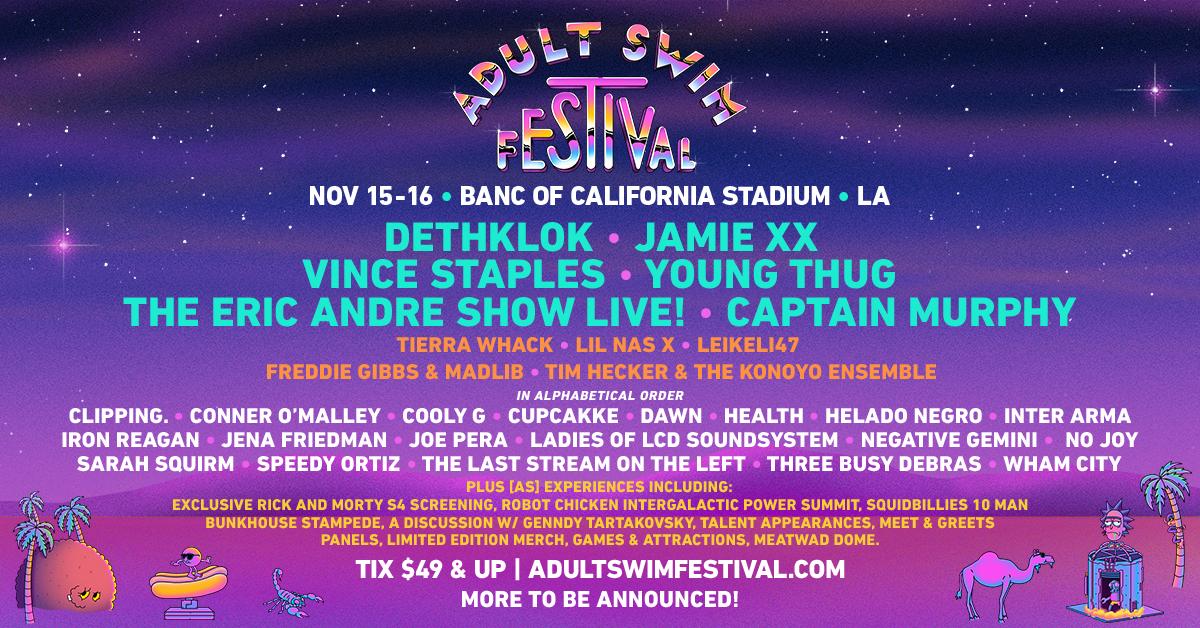 ‘The Last Stream on the Left’ and Leikeli47

Helado Negro, Ladies of LCD Soundsystem, ‘The Last Stream on the Left’ and Leikeli47 will be joining the previously announced line up with charged performances from Dethklok, Jamie xx, Vince Staples, Young Thug, Captain Murphy, The Eric Andre Show Live!, Tierra Whack, and Lil Nas X. (Previously announced Geto Boys will no longer be performing due to a scheduling conflict.)

Ahead of the festival, Fanta will give fans the opportunity to express themselves as part of its newest platform, “It’s A Thing”. Fanta will partner with Adult Swim for a t-shirt design contest where fans can submit their own unique creations during live streams of How To Draw on AdultSwim.com beginning on September 16th at 9pm EST through October 15th. One lucky fan and a guest will win a trip to attend the Adult Swim Festival and a chance for their winning t-shirt design to be printed on-site at the event.

Adult Swim, launched in 2001, is a WarnerMedia network offering original and acquired animated and live-action series for young adults. Airing nightly from 8 p.m. to 6 a.m. (ET/PT), Adult Swim is the #1 network with persons 18-34 and 18-49 and is seen in 94 million U.S. homes.