A New Jeff Buckley Biopic Is In The Work: ‘Everybody Here Wants You’ 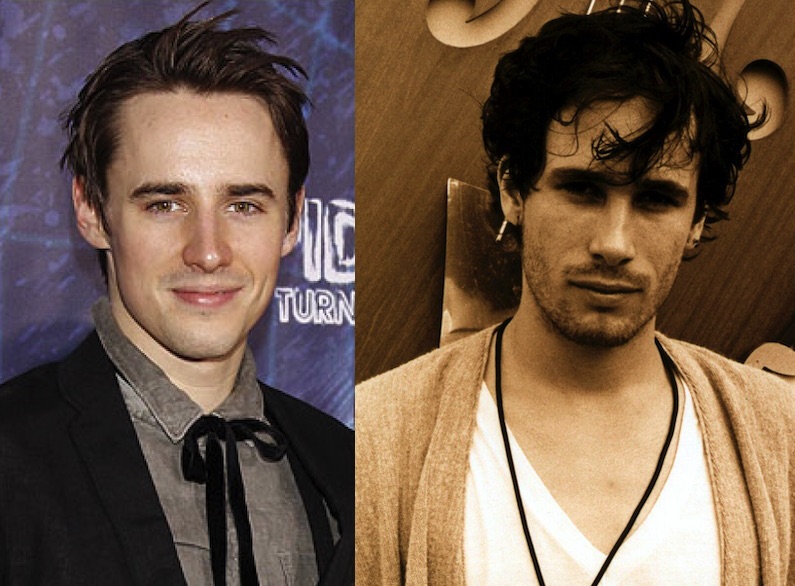 A Jeff Buckley Biopic with

I hate music biopics. It’s not entirely true because I have watched quite a few, and each time a new one is announced, there is an appeal, especially when I like the musician portrayed. Biopics are a lazy way to make a movie when you think about it, the scenario is already written – it is the life of someone – and there’s not too much liberty the director is allowed to take, otherwise it’s not really a biopic anymore. Filmmakers just have to find someone who looks like the musician or is able to be credible enough and it’s a wrap. Plus, a biopic is usually an occasion for an actor to give the performance of a lifetime and collect a few awards. It’s an award-bait, and there’s nothing wrong with that, Rami Malek, Joachin Phoenix, and Jamie Foxx were all amazing as Freddie Mercury, Johnny Cash, and Ray Charles, but it can become a cliché. Every time there is a new one in the making, there is Golden Globe/Oscar written all over the performance.

At the top of my head, I think I saw La Bamba (with Lou Diamond Phillips as Richie Valens), Walk the Line (with Joachin Phoenix and Reese Witherspoon as Johnny Cash and June Carter), Ray (with Jamie Foxx as Ray Charles), Bohemian Rhapsody (with Rami Malek as Freddie Mercury), Selena (with Jennifer Lopez as Selena), Great Balls of Fire (with Dennis Quaid as Jerry Lee Lewis), The Doors (with Val Kilmer as Jim Morrison), Behind the Candelabra (with Michael Douglas as Liberace)… there are many other ones of course and I heard that Chadwick Boseman was an incredible James Brown, Paul Dano a convincing Brian Wilson, and Angela Bassett an excellent Tina Turner but biopics are often too dramatic and sentimental, and they give a false idea of life. Life is not this linear thing that goes from one thing to the next with a goal in mind (success in this case). People make bad choices (drugs and alcohol problems in biopics) in life, but wrongdoings are not always followed by redemption. Sure, certain of these biopics end with a tragic death – Richie Valens died in a plane crash and Selena was shot – but biopics always sound like the best of from someone’s life, with a thick layer of glamor and none of life’s boredom and meaninglessness. Biopics are made to reinforce the old doctrine that ‘everything happens for a reason, a stupid idea that I have always fought. Plus biopics are always pseudo-fiction, they pretend to be realities but they are just embellished and distorted realities, especially when the family of the musician is in control.

Nevertheless, people love biopics and another one is in the work. Orian Williams (who produced ‘Control’ about Joy Division’s Ian Curtis) will make his directorial debut with a Jeff Buckley biopic ‘Everybody Here Wants You,’ produced by Culmination. Actor Reeve Carney will play Buckley, and it’s a good thing because he not only looks like the late musician but he is also a musician himself. The film has the full support of the Buckley estate and has access to Buckley’s music. Tom Butterfield, Buckley’s mother, Mary Guibert, and Alison Raykovich, manager of his estate and VP of Jeff Buckley Music will produce the movie. Jeff Buckley died in 1997 by accidental drowning and he released only one album when he was alive. His most famous recording is probably his cover of Leonard Cohen’s ‘Hallelujah,’ but, since his premature death, ‘Grace’ has been at the top of critics’ lists, has inspired a deep fandom, and has left an enduring legacy.

‘This will be the only official dramatization of Jeff’s story which I can promise his fans will be true to him and to his legacy. Thankfully, my determination to assemble all the right participants, no matter how long it took, is about to culminate in the best way possible,’ said Mary Guibert in a statement.

‘Jeff Buckley was a once-in-a-lifetime artist whose music touched people’s hearts and changed their lives. Sony Music has been honored to bring Jeff’s music to the world and now, ‘Everybody Here Wants You’ is providing a unique opportunity to introduce Jeff to a whole new generation of fans,’ said Richard Story, president, commercial music group, Sony Music Entertainment.

‘I’m honored to have the opportunity to step into the director’s seat to tell Jeff’s story,’ Orian Williams said in a statement. ‘Dionne Jones’ beautiful script brings together all the elements of Jeff’s life into one intimate and visual story.’

Filming is set to begin in the fall