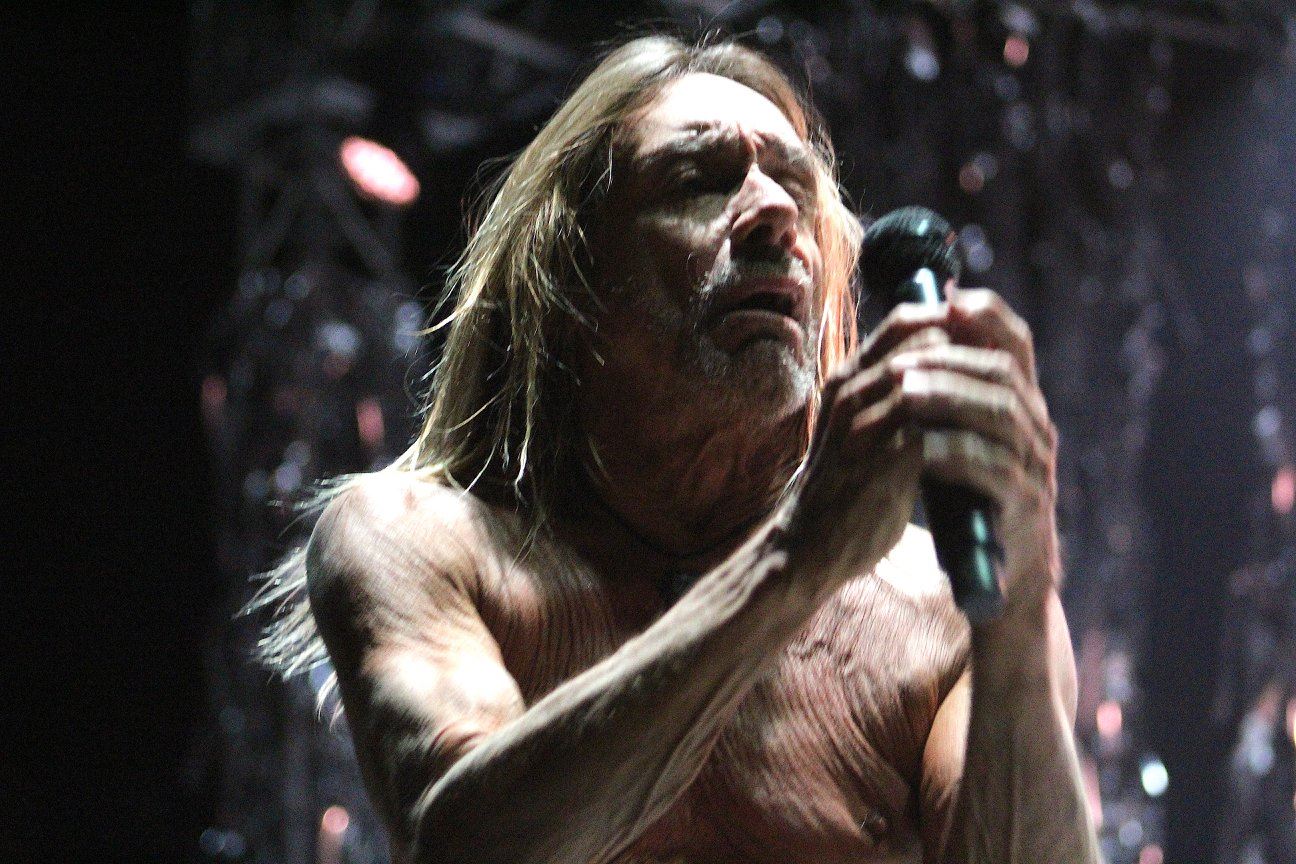 ‘Free’, Iggy Pop’s last album received didn’t make too much noise in the rock world, as his meditations over ambient jazzy arthouse could not possibly speak the same way to people than Pop’s street-walking cheetah persona.

Nevertheless, Iggy is continuing to promote the album with a new video for one of his songs, just released on Monday. ‘Sonali’, a downbeat tune inspired by slow traffic on freeways is quite odd, and showcases Iggy’s very recognizable baritone, wandering over Sarah Lipstate’s (aka Noveller) ambiant guitar, and Leron Thomas’ trumpet.

One thing is sure, the video is equally strange and surrealist. Surprisingly directed by indie artist Mac DeMarco, the visuals seem to come from an alien invasion science fiction nightmare. and if Iggy the lizard man is absent from the scene, his moniker was taken very seriously since two in love lizard characters are trying to get together.

Sharp-dressed Lizard-man, played by Tommy Midnight who toured with DeMarco, drives a pink-fur-covered convertible Mercedes and is calling his Lizard lady, Sonali, played by Kiera McNally who is actually DeMarco’s real girlfriend. The sax solo in the video is actually a trumpet solo on the record and nothing seems to make sense in this oddity, except for the familiar traffic jams on the LA freeways.

Watch the video for ‘Sonali’ below: